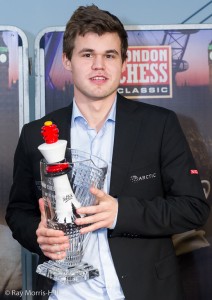 Magnus Carlsen became the winner of this year’s London Chess Classic and the Grand Chess Tour, after defeating Maxime Vachier-Lagrave in the tie-break.

The final day of the London Classic had the lot – a mind-numbing, eight-hour extravaganza of chess in three different formats, brilliant moves, crazy strategies, outrageous slices of luck – and somehow you just knew that Magnus Carlsen would come through it all to snatch first place in the tournament and in the inaugural Grand Chess Tour. He did so and deserves the plaudits.

He played a suitably imbalanced opening to ensure there were no easy routes to a draw and soon established a comfortable edge. It looked as if he would smooth his way to victory but he then embarked on a crazy plan to snatch a queenside pawn, whilst leaving his kingside wide open to invasion by Grischuk’s forces. Commentators were incredulous as he compounded his error by misdirecting another of his pieces away from the key sector of the battlefield. 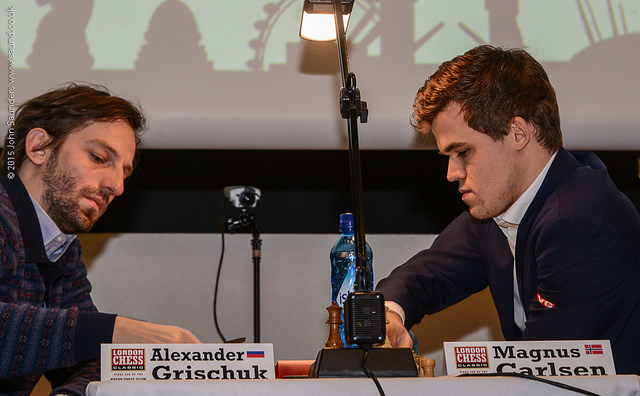 It suddenly looked odds-on for Grischuk to draw at the very least, if not win. Carlsen was a very lucky boy, however: Grischuk failed to find what seemed a fairly obvious plan to draw, blundered and was gone. So Carlsen won to tie for first and go into a three-way play-off with Maxime Vachier-Lagrave and Anish Giri. 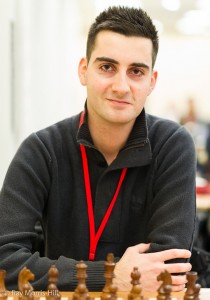 Dur5ing the main tournament, the FIDE Open took place in the Easter Hall, featuring 247 players. After a last-round win over Alex Lenderman, Benjamin Bok became the winner of the 2015 FIDE Open, scoring 8 points. Thanks to this victory the Dutch GM left the rest of the field a full point behind him, as six players shared second place with 7/9: Postny, Jumabayev, Hansen, Vakhidov, Sadzikowski and British Champion Jonathan Hawkins, who finished the tournament unbeaten.

The last weekend featured a very strong Rapidplay event, featuring a galaxy of grandmasters amongst the 300+ players, over ten rounds.

The favourites were Matthew Sadler (with a startling rapidplay rating of 2800, based on a conversion from his national rapidplay rating), former FIDE champion Rustam Kasimdzhanov, David Howell, Alex Lenderman, Eric Hansen, Jonathan Hawkins, Hrant Melkumyan, Christian Bauer, Mark Hebden and Nick Pert, all weighing in at 2657 or more at rapid.

Surprisingly ranked a little lower than the above was Luke McShane, 12th highest rated on 2650. Luke proceeded to demonstrate that the rating list is not such a reliable indicator as he reeled off a Fischer-esque nine wins out of nine to secure the £2,500 winner’s cheque with a round to spare. 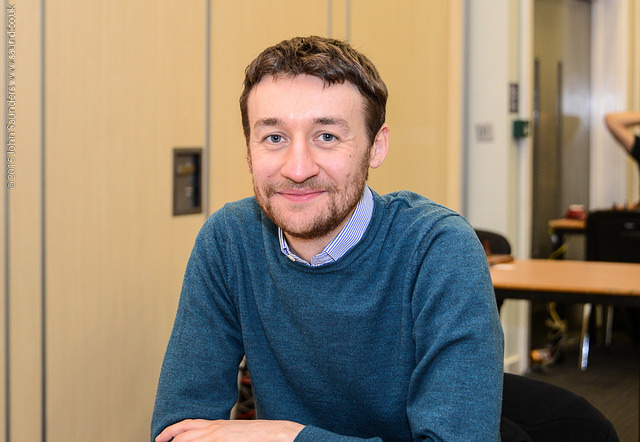 A draw in the final round against Alex Lenderman put hims a point clear of the field. McShane’s victims included David Howell, Hrant Melkumyan and Eric Hansen. Matthew Sadler, despite his stratospheric rating lost games to Aaron Summerscale, Eric Hansen and Jonny Hector to finish on 7/10.