Vassily Ivanchuk from Ukraine became the winner of the ACP Masters rapid super tournament that ended on Thursday in the Israeli city of Ashdod. 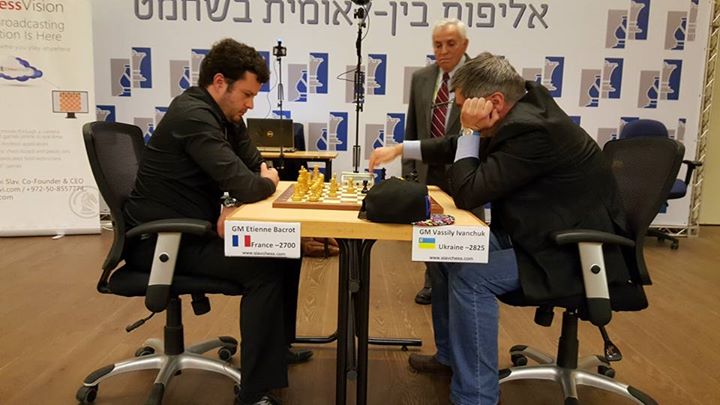 The match, initially set for 4 games, ended already after game 3 following a vigorous start 2-0 and a comfortable draw.

The first game saw a quiet line in the Spanish where after multiple piece exchanges Bacrot, as black, found himself with 2 pawns down in a hopeless rook ending. 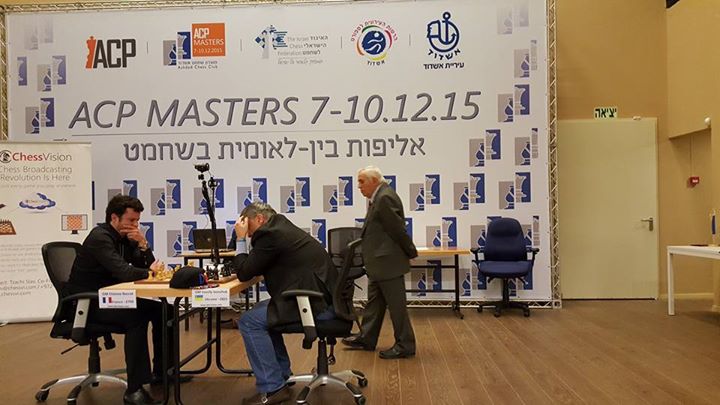 The second game saw a sharp line in the Grűnfeld Defence with roughly equal chances when Bacrot, as white, sent his queen to a dubious pawn hunt on the queenside which allowed Ivanchuk the time for a strong counter attack in the centre.

In an attempt to stop Black’s strong initiative white managed to exchange q however the resulting ending was still better for Ivanchuk owing to an unpleasant pin along the “d”file. 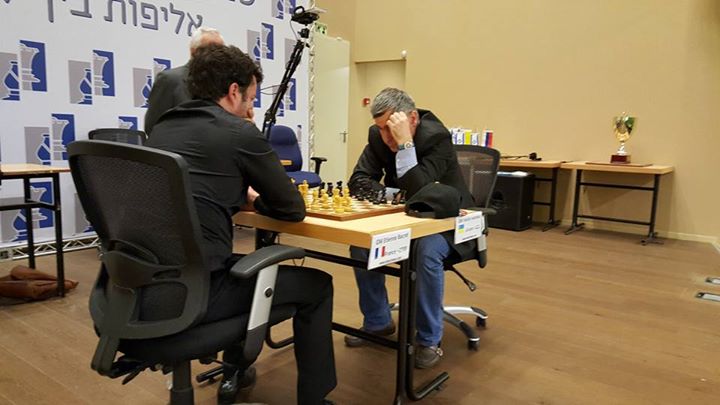 The Ukrainian converted his edge to lead 2:0 and needed just a draw out of the remaining two games. As a matter of fact he obtained a winning position also in the third game but settled for a draw to secure his convincing overall victory.

All games may be seen at http://www.acpmasters.com/pgn/

At the prize giving the incoming chairman of the Israeli chess federation Mr. Danny Porath thanked the participants for demonstrating great fighting spirit and sportsmanship and the town hall of Ashdod for its continuous and massive support.

The ACP Masters was opened on Monday, December 7th, in Kivoonim cultural Centre in the city of Ashdod. 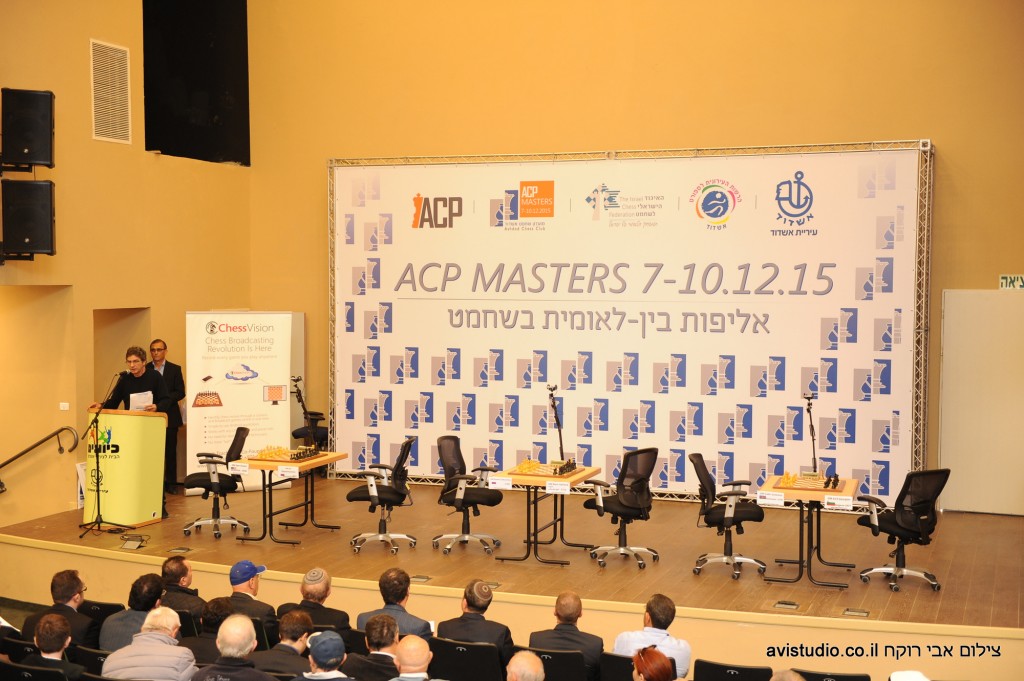 The players were welcomed by Moshe Slav, chairman of the Israeli chess federation and chief organizer, who said that it is in fact the strongest invitational tournament ever to be held in Israel to be transmitted to the entire world with the the modern Israeli technology of Chess Vision. He thanked the mayor, Dr. Yechiel Lasri, for the town hall continuous support, mentioning that no less than 3500 kids are having chess tuition in 30 chess centres around the city.

He awarded the special stamp that had been issued for the 80th anniversary of Israeli chess to the next two distinguished speakers: Oded Forer, member of the Israeli parliament (Israel Beitenu party), said that Israel is a chess power and the government should have done a lot more for developing chess and support Israeli participation in official events worldwide. 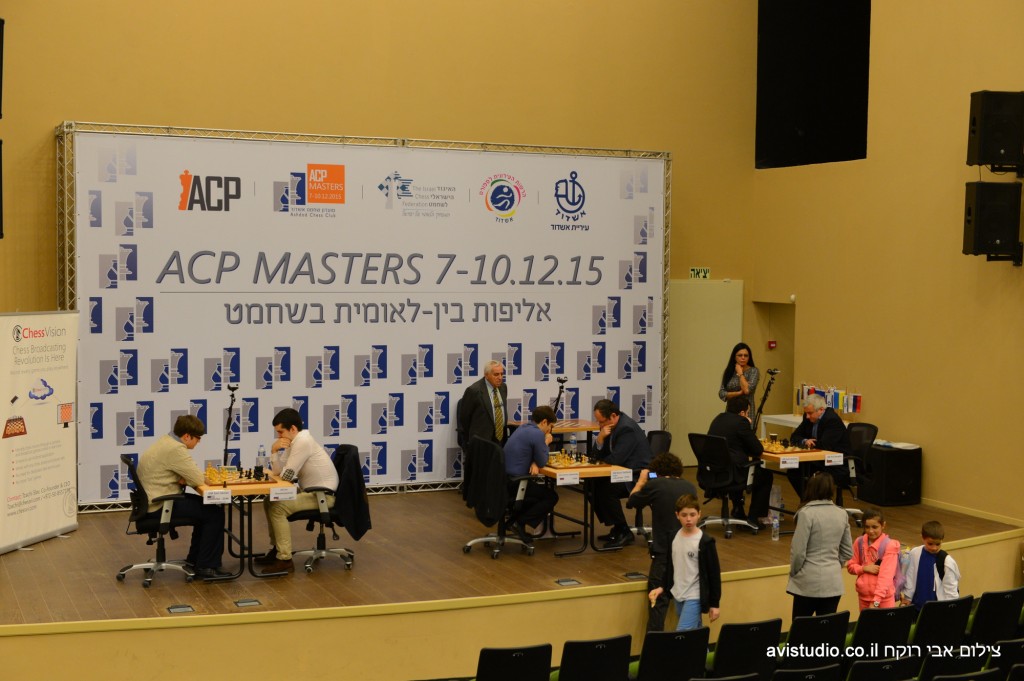 Mayor Yechiel Lasri stressed the importance of sports in general and chess in particular for the city, praising the remarkable achievements of the municipal chess club since its foundation in 2003, especially the top team that has won five national championship titles and five times the cup games and the ladies team that has won nine national titles to date. 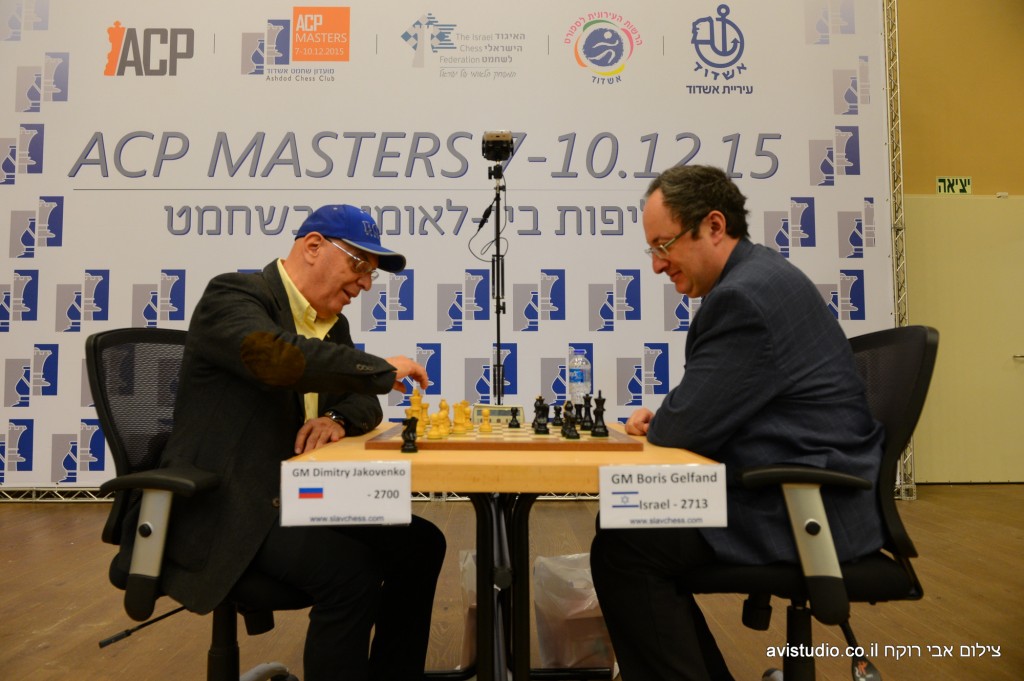 Following the speeches and the refreshments the qualification games started in both preliminary groups. 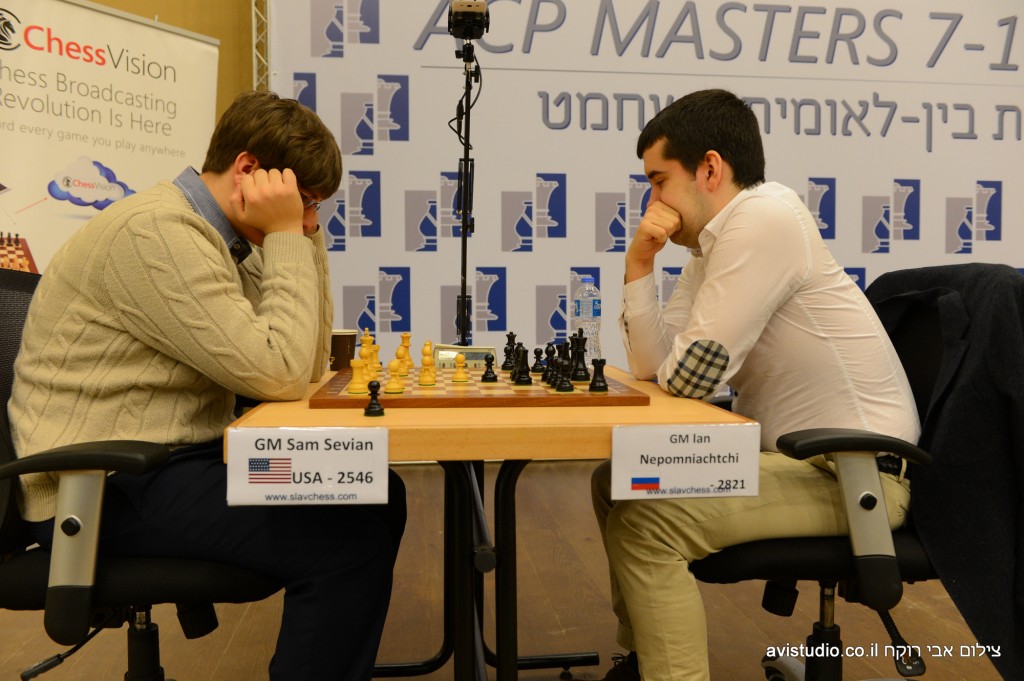