Russian Grandmaster Ian Nepomniachtchi is the winner of Mikhail Tal Memorial 2016, which finished yesterday in Moscow/Russia. 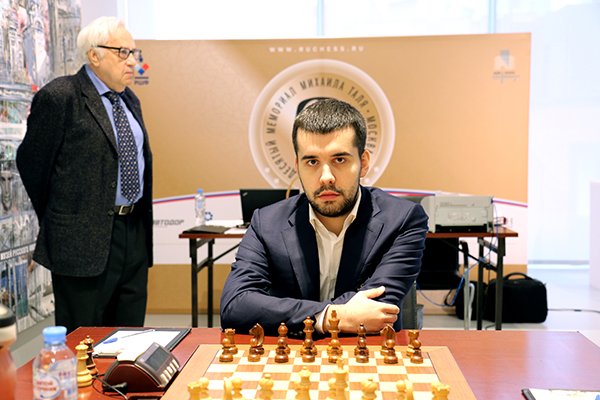 He drew his last game against Boris Gelfand with Black pieces, and triumphed with 6 points, half a point ahead of Anish Giri (Netherlands). Levon Aronian (Armenia) and Viswanathan Anand (India) tied for the third place with 5 points.

The event was played as a single round Round-Robin with the classical time control of 1 hour and 40 minutes for the first 40 moves, 50 minutes for the next 20 moves, 15 minutes for the rest of the game, plus 30 seconds increment per each move. The Chief Arbiter of the tournament was IA Anatoly Bykhovsky.