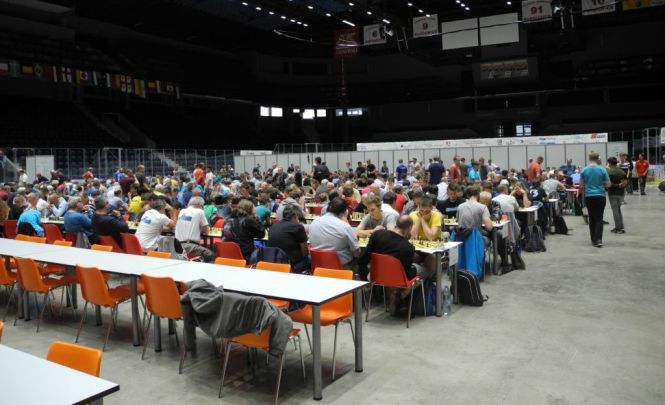 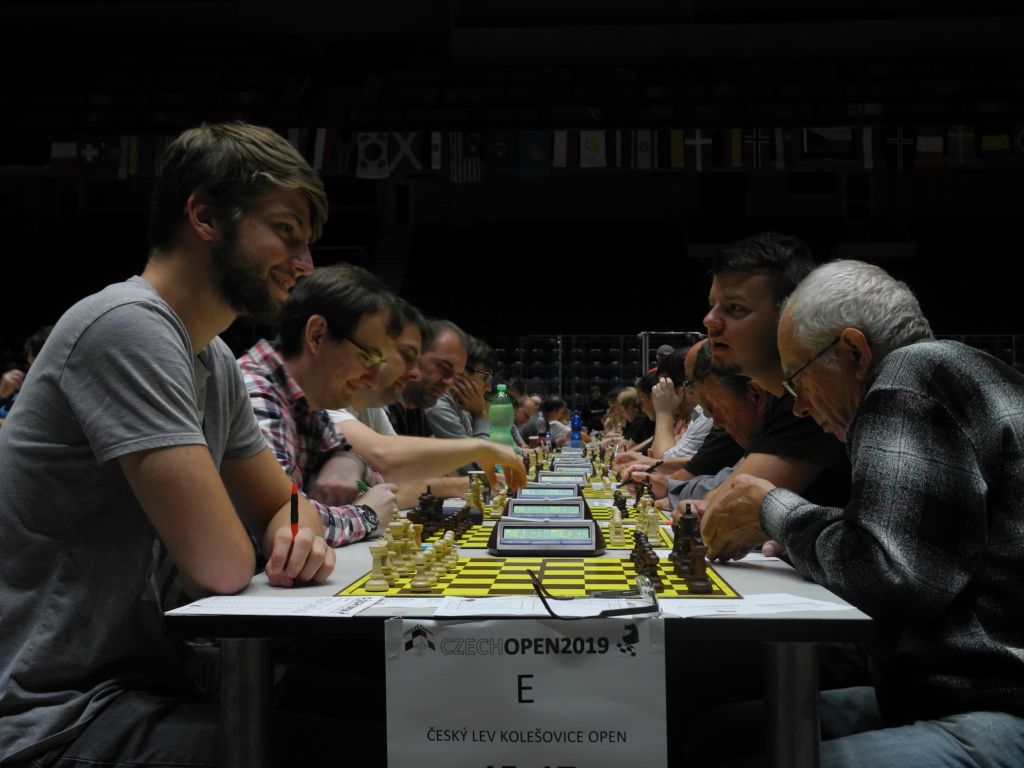 After seven years, the European Youth Team Chess Championship finally takes place in Pardubice, the championship is prestigious, being filled with top players from Europe. The number of participants is higher than at the last European Championship in Pardubice, with 182 players from 18 countries. Leader of the category U18 Open is the team of Germany, the best players of this category are Ivan Runets (BLR) and FM Marc Morgunov (AUT) 4,5/5. Leaders of the category U18 girls are teams ECU Pleven and Germany which both lost only half a point. The best players of this category are WGM Nurgyul Salimova (ECU-Pleven) and WIM Alicja Sliwicka from Poland 4,5/5. In U12 Open first place is also shared between two teams – Poland and Hungary, the players with best performances are Jachym Nemec (CZE) and Jan Klimkowski (POL) 5/5. Team from Poland also leads in category U12 girls, Maria Siekanska (POL) and Galina Mikheeva (RUS) lost only half a point out of five games. The European Youth Team Chess Championship ends on 17th July, in the last two days a dramatic conclusion can be expected. 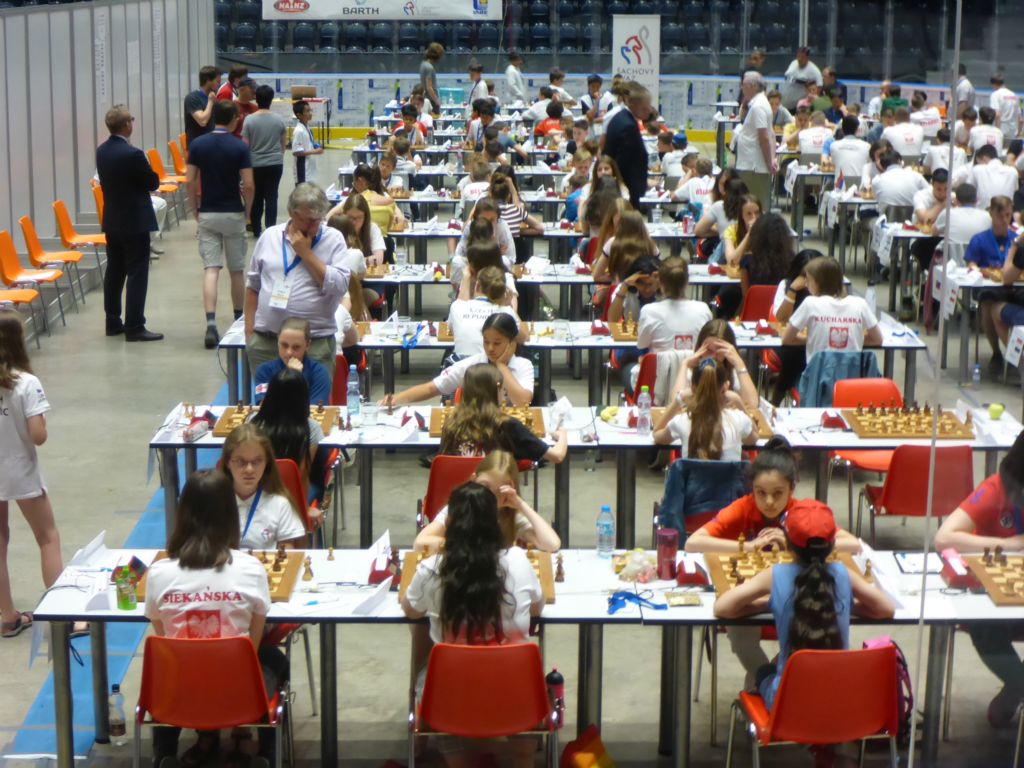 In the first tournament of the Czech Open – Cesky Lev Kolesovice Open 114 four-member teams participated, this tournament was also played as Championship of the Czech Republic. After seven rounds gold medals went to Russia, YAMAL won for the third time in history. On the second place, there was Czech team SK Zikuda Turnov A, which became the champion of the Czech republic, team Moravská Slavia Brno ended on the third place. There were 8 GMs, 3 WGMs, 20 IMs, 5 WIMs on the starting list and the best players of the event were Russian players GM Alexander Potapov and IM Bogdan Belyakov, who scored 7/7. 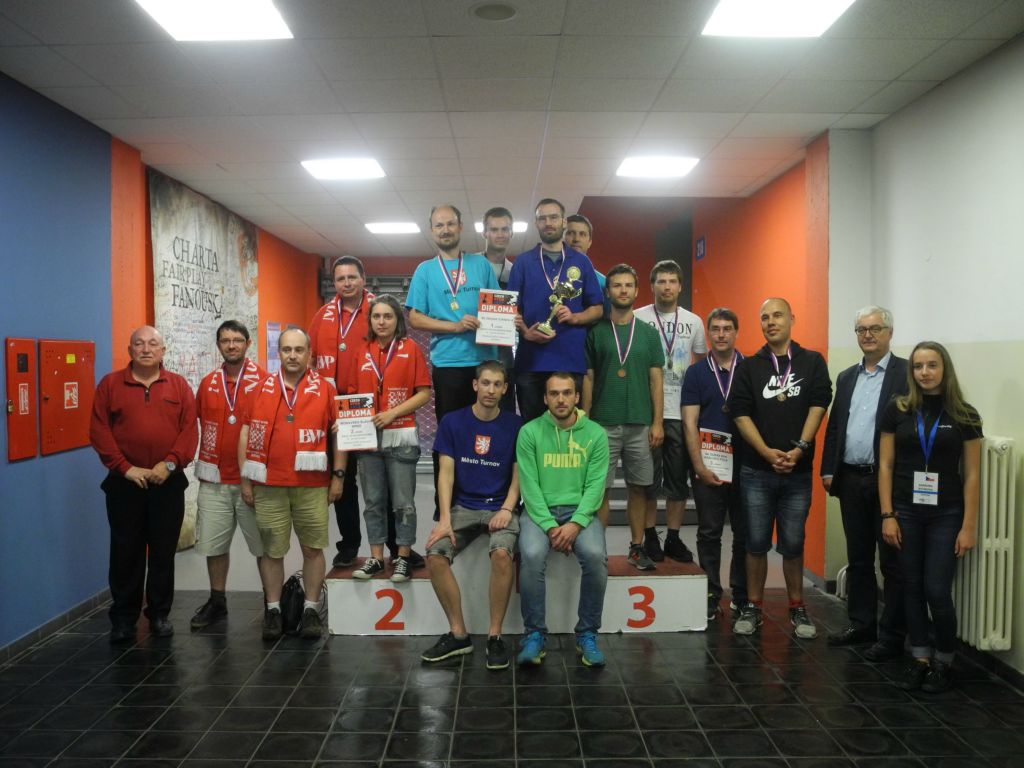 The first weekend of the event was traditionally dedicated to games. There were tournaments in various disciplines, such as backgammon, go, gomoku, mancala and many others. The new game was a PubQuiz, which was also played as Championship of Czech Republic. After the weekend, the other chess tournaments were proceeding – blitz chess, superblitz and blitz marathon.

Czech Open Festival draws to a phase, when the competitors taking part in the main tournament meet in the ČSOB Pojišťovna Arena. This tournament will begin on Friday 19th July and continue up to the Saturday 27th July.

The results of all tournaments and games are available on www.czechopen.net/en.