CONI Expo Sport Open Day – The CONI Epiphany stocking enters in the Guinness World Record, promoted by CONI Event Point and included in the program “WhiteWinter 2014-2015” by the City of Milan, Italy. The event was organized on 6th January to involve children and adults, invited to support the longest sock in the world, and was open to all. 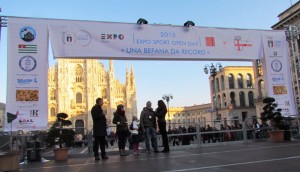 “A unique opportunity to join together in a celebration of sharing, inclusion and solidarity through sport, to make people feel that the city is ready to welcome the sports federations that supported event and by next months will be represented by athletes from all over the world during Expo Milan 2015 Fair”, said the President of CONI Regional Lombardy Committee, Mr. Pierluigi Marzorati.

The audience was great protagonist, along with some groups of cheerleader federations and athletes who, by their presence, communicate the importance of sport and its values, and together they had the task to support the stocking. 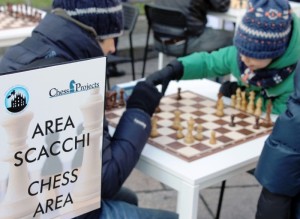 Among other events and projects, chess had an important role during the CONI Expo Sport Open Day. There was set up a large area available for children, teens and adults, managed by Chess Projects.

Two giant chess and many chess sets and chess clocks were available for those who wanted to try this exciting “sport of the mind” with the assistance of qualified FSI instructors. 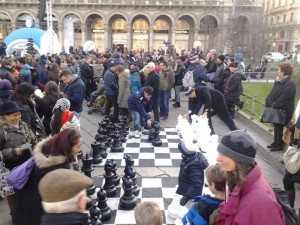 Once again, chess, as a mind sport, has shown that is able to compete on equal terms and with equal dignity with classic sports, even during massive and developmental events as “CONI Expo Sport Open Day “organized in downtown Milan at famous Duomo square, right in front of gothic cathedral!

On this occasion President of Chess Projects, Mr. Matteo Zoldan, enthusiast and energetic player, instructor and FIDE International Organiser was awarded, along with representatives of other sports present (fencing, golf, table tennis, volleyball), with a medal of remembrance, for ‘efforts provided to promote sport’ (chess as well), during this and further past events organized by CONI in the city of Milan. 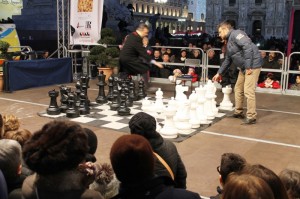 The day ended on main stage with an exciting BLITZ (5 minutes) challenge in two games between two master category players, which took place with the giant chess, and Mr. Zoldan as a commentator, who has been able to engage the audience. The first game ended in a draw, while second finished with a decisive result, in the final seconds left on clock of both players.

Photo Gallery is available on the website of Chess Projects.

After the first event organised on 1st November in the center of Milan, at fashionable and modern Gae Aulenti square, this is the second of chess events organised in Milan downtown to open the road to Expo Milan 2015, starting on May with the end in October.

Actually during Expo Milan 2015, Chess Projects  and Accademia Scacchi Milano will organise a huge event with multiple tournaments (classic, blitz, rapid, youth). The first of them will be the International Chess Tournament dedicated to Italian and foreign players coming from worldwide to enjoy Expo 2015 and city of Milan. 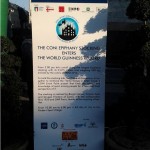 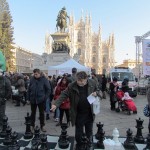 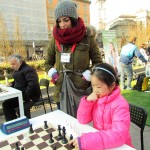 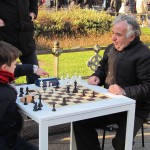 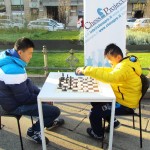 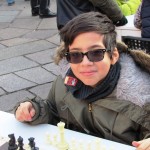 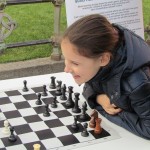 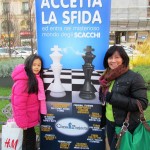 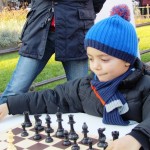 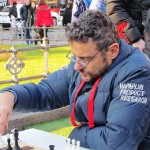 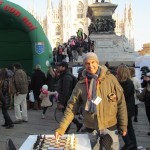 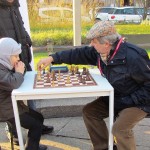 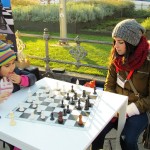 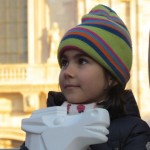 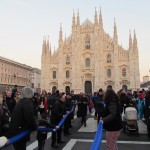