During the recent years, after the agreement with FIDE, the Albanian Chess Federation, in collaboration with the Ministry of Education and Sports has given the top priority to the ‘Chess in Schools’ project, by introducing the chess activities to all schools in the country.

The agreement with the Ministry will be finalized in a short notice, with the presence of Mr. Zurab Azmaiparashvili, President of the European Chess Union, who will sign it along with the Albanian Minister of Education and Sports.

In the last 4 years, Sports Sector of QKF (Children’s Cultural Centre) in Durres, organizes the “National Schools Chess Championship“ in cooperation with the  Federation, in addition to the local chess championships. 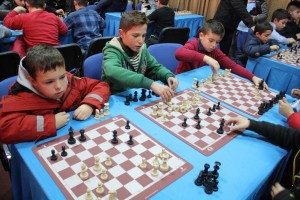 In this league attended Totally 27 schools, among which 6 private and 21 public schools and 280 pupils attended the tournament.

Girls and boys were divided into three categories according to the classes.

The opening ceremony of the Championship was held at the “A. Moisiu” Durres city Theatre, in presence of the children, parents, teachers, school directors and the representatives of the Regional Directory of Education and Albanian Chess Federation. After the national hymn, a 5 min documentary film about the history of chess was presented to the audience.

The closing ceremony was also held on the stage of the Theatre “A.Moisiu”, with the presence of several directors of the participating schools, the director of RED, QKF Director and Secretary General the FSHSH. The winners were awarded with trophies and certificates, and Albanian Chess Federation donated chess books to the teachers and the finalists. 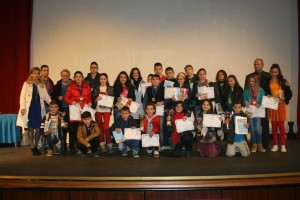 The winners of this championship will attend the chess classes at QKF-Durres for the future local, national and international participations.

The event was covered by the local media. 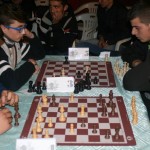 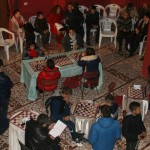 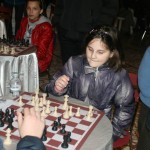 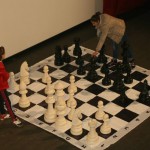 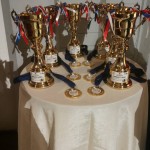 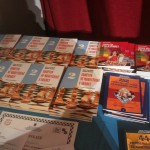