Q: Mr Azmaiparashvili, thank you for accepting the interview. In your report for the ECU General Assembly in Baku you state the improved financial state of the organization. Can you provide more details?

A: The financial reports are published and it is not difficult for members to make their own conclusion. Presenting the financial results of our first full year, we managed to increase the annual ECU income by about 30%, adding sponsorship, while decreasing the administration expenses in favor of the development actions and commissions’ building.

The reserves of ECU are today approaching the 500k mark and the organization is healthy, sustainable and trustable as ever. 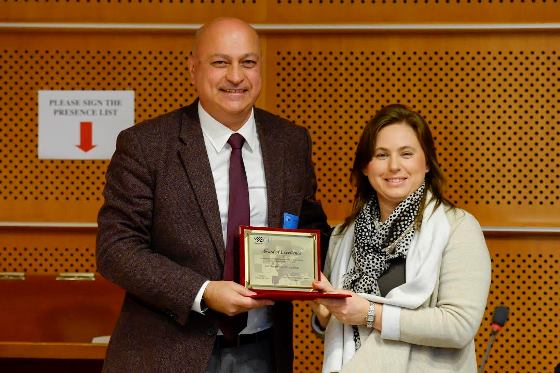 Q: The same report refers to secured funding for European Championships and increase in bidding activity. Can you elaborate?

A: Yes, this is the first time that all ECU competitions are fully booked 2 years ahead, until 2018. More federations are now biding for the European championships since the procedure is open to any good proposal. European events are not anymore delivered in shady negotiations, as we witnessed in the General Assembly in Tromso.

Through the improvements we made in regulations and the strategy of promotion of our events, the less popular competitions now have bidders and today we are facing the pleasant dilemma that we cannot satisfy all demands of federations and organizers. 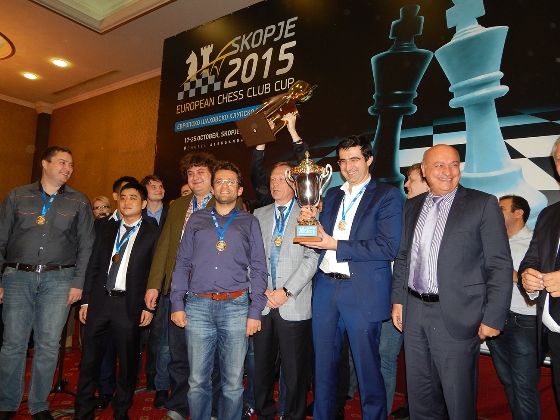 Q: A large portion of the GA material is devoted to the dispute with the Bulgarian Chess Federation. What are the new findings since the 2015 GA in Bar?

A: Here someone should read carefully all the material in ECU GA agenda. Most of this material is produced by the Bulgarian investigation authorities, not by us, not by the aliens.

Bulgarian investigation reached us through the Bulgarian Financial Investigation Agency and through Interpol where we gave all the necessary explanation and documentation.

There are many findings. I will mention only that it is evident today that hundreds of thousands of euros where transferred to a bank account in Slovenia, belonging to the company ECU LLC Delaware, which is unknown to European Chess Union.

A number of fraud invoices with unreasonable charges were sent for this purpose, while Bulgarian Chess Federation still maintains the stance that this money is sent to the European Chess Union, even if they know that such ridiculous provisions and charges do not exist in ECU regulations.

You must read these reports carefully and then you will understand that for 4 years ECU was a means for a number of individuals to launder state money. 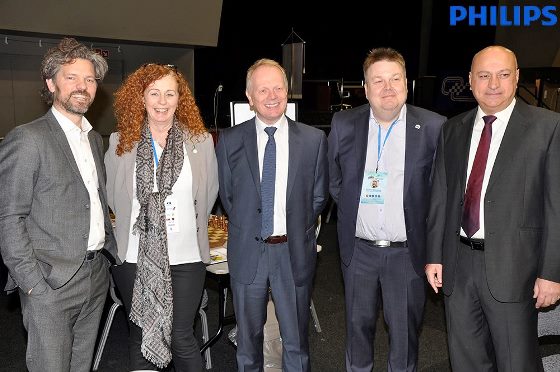 Q: The former ECU President Silvio Danailov stated in Bulgarian media that the ECU administration is trying to prevent his bid for FIDE presidency. How do you comment on this?

A: I would prefer to comment in more serious arguments but if you wish for an answer…

For Danailov it is a poor defense strategy to support himself inside Bulgaria, but for the FIDE administration it is a gift since it is known that if Danailov continues to screw and provoke FIDE opposition there will no be elections in 2018 since nobody will be able to stand up. 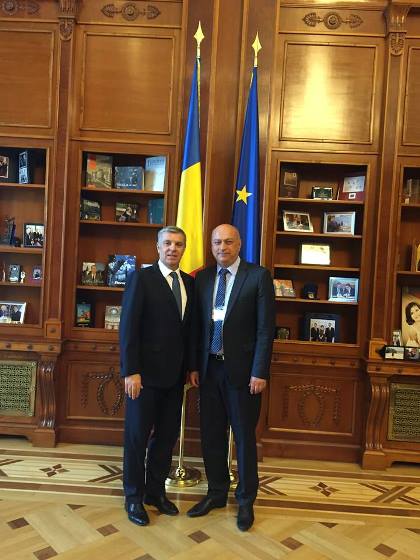 Q: The Board proposes suspension of the Bulgarian Chess Federation ECU membership. Is there really no other solution?

A: From May 2015 we tried to communicate with Bulgarian Chess Federation to get some explanations about huge alleged transactions to ECU.

Instead of having normal communication, we received a torrent of complaints for conspiracy theories against the President of Bulgarian Chess Federation, various attacks against ECU, and even attacks on our personal life.

Here everybody should realize that ECU Board has no other choice. There are criminal investigations ongoing for abuse of Bulgarian state properties and possible ECU properties. Many times we were asked officially and unofficially to remain silent but we cannot do it.

We will not tolerate the illegal actions. If the current ECU Board is not moving as it does, then we would be considered as partner in the case.

If hundreds of thousands and maybe more are lost through alleged ECU actions what we have to do? Not to act? Not to investigate? Not to bring all the material in light and ask our members to take position? What kind of Europe and chess we want? Why are we advocating for chess in schools if we allow such thinks to happen?

For all International Sports Federations there are no questions in such matters. In only few days a federation can be suspended if the rules are not followed and if corruption is evident.

Unfortunately, due to ignorance and the fact that administrative organs are not operating well, we allow people to act in chess like in the real mafia world.

This is not acceptable anymore for the European Chess Union. Everybody must take its position.

Q: How will this affect the ordinary chess players in Bulgaria?

A: Regarding the players – Not only we will not punish them, but we will protect them. The players are truly punished when the state funds go to offshore companies in tax heavens instead of supporting chess in Bulgaria.

It seems that there is no any respect to basic human rights.

The ECU proposal is that if the suspension of Bulgarian Chess Federation is accepted, and until the matter is resolved by the Bulgarian authorities so that we can accept the federation back as member, the players to be accepted in European Individual Championships by individual registration.

So our proposal is targeting the administration, which is responsible for all happenings, but also the Bulgarian state authorities that must take immediate actions to clear the situation.

Q: You are also member of the FIDE Presidential Board. What is your opinion on the proposed changes of FIDE Grand Prix format?

A: Well, this is an interesting question. I think the new formula has positive and negative aspects as everything in our life. In my opinion positive things are:

I’ll explain what I mean. Previously, for your player, who didn’t qualify by rating, but you wish to see him among Grand Prix participants, the only conditions were to organize GP and get wild card. Organizing cost of GP plus prize fund were very big – around 300,000 euros and even more. Today you can get easier a wild card!

The tournaments are announced and we can see the first one will be launched in October 2016. Where? How? Many questions and no answer. In my opinion the idea, which Agon introduced, is not necessarily bad, but needs to be prepared more professionally.

Q: What is your opinion on the comments of World Champion Hou Yifan regarding the women’s world championship cycle?

A: Well, I don’t think this idea is new or Hou Yifan said something different from what I also have mentioned many times, including during my talks with FIDE leadership!

Hou Yifan for me is same as Carlsen, but when FIDE did everything to protect and brand the Men’s World Champion, unfortunately I can’t see the same agility in regard to women’s chess!

I fully understand and support Hou Yifan! She deserves to be respected more.

Q: The proposal for world championship matches by the Russian Chess Federation was met by harsh criticism from the ACP. How do you comment on this?

A: The proposal of Andrey Filatov was first discussed during the FIDE Presidential Board in Moscow but was modified later. First of all I wish to say that Andrey is the FIDE Vice-President, President of the Russian Chess Federation, a well-known businessman and a chess lover. He is the one who invented and materialized the “Chess in Museums” program, supported many top and junior tournaments, and he has organised the World Championship Match in Tretyakov Gallery in Moscow. As all of us he also has the right to make any proposal and to put it under discussion. This is democracy.

From the other side ACP, federations, players also have the right to criticize or support, and to raise their views in matters which concern the WC title and are very sensitive for the entire chess world.

Personally I believe that the last years’ World Championship system with World Cup, Grand Prix, Candidates and final Match is quite successful and we must concentrate how to improve it further. The General Assembly will have the final word in each proposal. 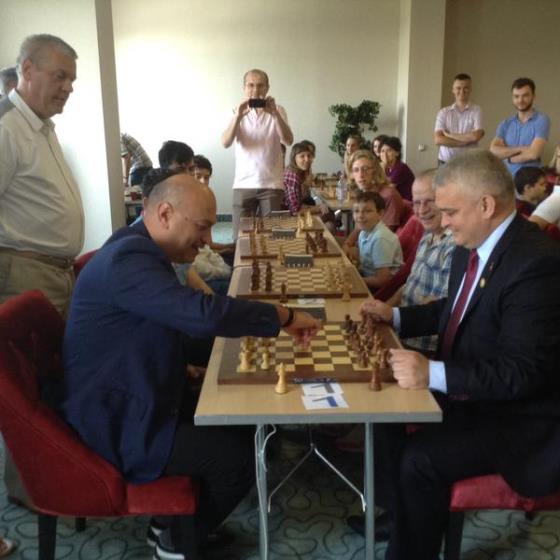 Q: Another hot matter is that FIDE closed the year 2015 with deficit.

A: Nobody can be happy about this. It seems that FIDE had some problems to receive pre-agreed payments while the expenses were not controlled. In the last Presidential Board where we were presented these results I asked, among others, to reduce FIDE administration expenses which were very high comparing with the federation budget.

Q: Batumi in Georgia is set to host the World Cadets U8, U10, U12 Championships 2016. How is the preparation going? What are the other events planned to take place in Georgia?

A: I can say more about Prague preparation – it is ECU event and it is my job to monitor the situation. As far as I know the Georgian Chess Federation always organized the events on a very high level and I’m certain the same will be in Batumi. I am more aware about the ECU CIS conference, second this year, which will be held during the World Cadets Championship, from 24 to 27 October.

Next year Georgia will organize the World Cup and in 2018 the European Individual Championship, European Women’s Rapid & Blitz and of course the 43rd Chess Olympiad.

Thank you very much for the sincere answers!