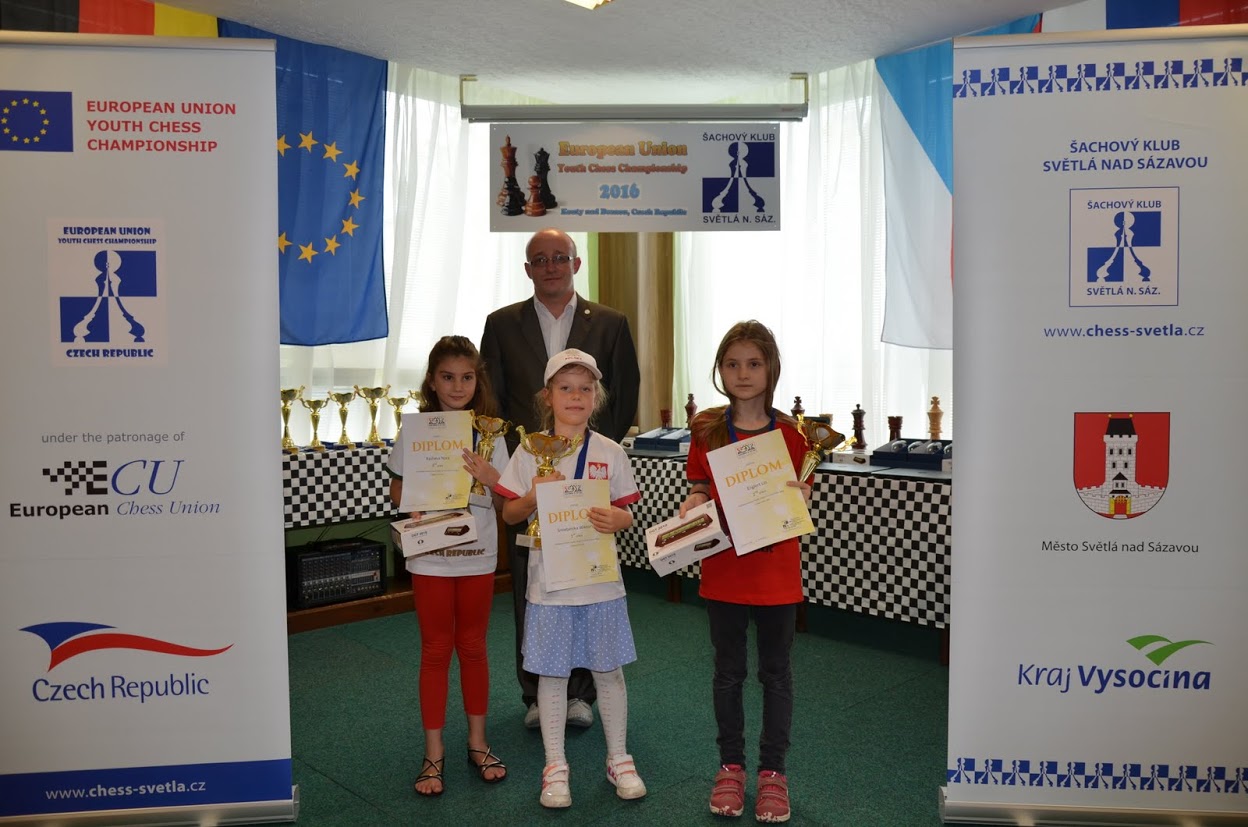 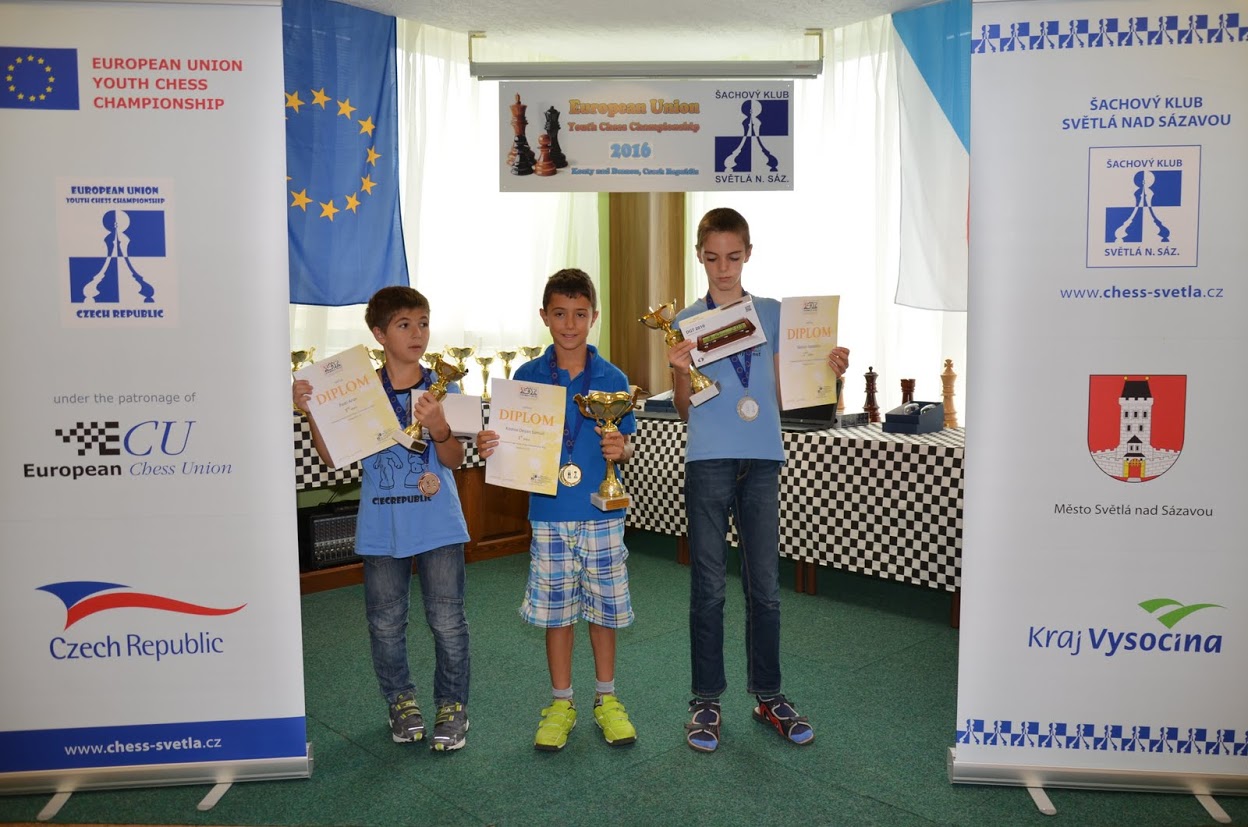 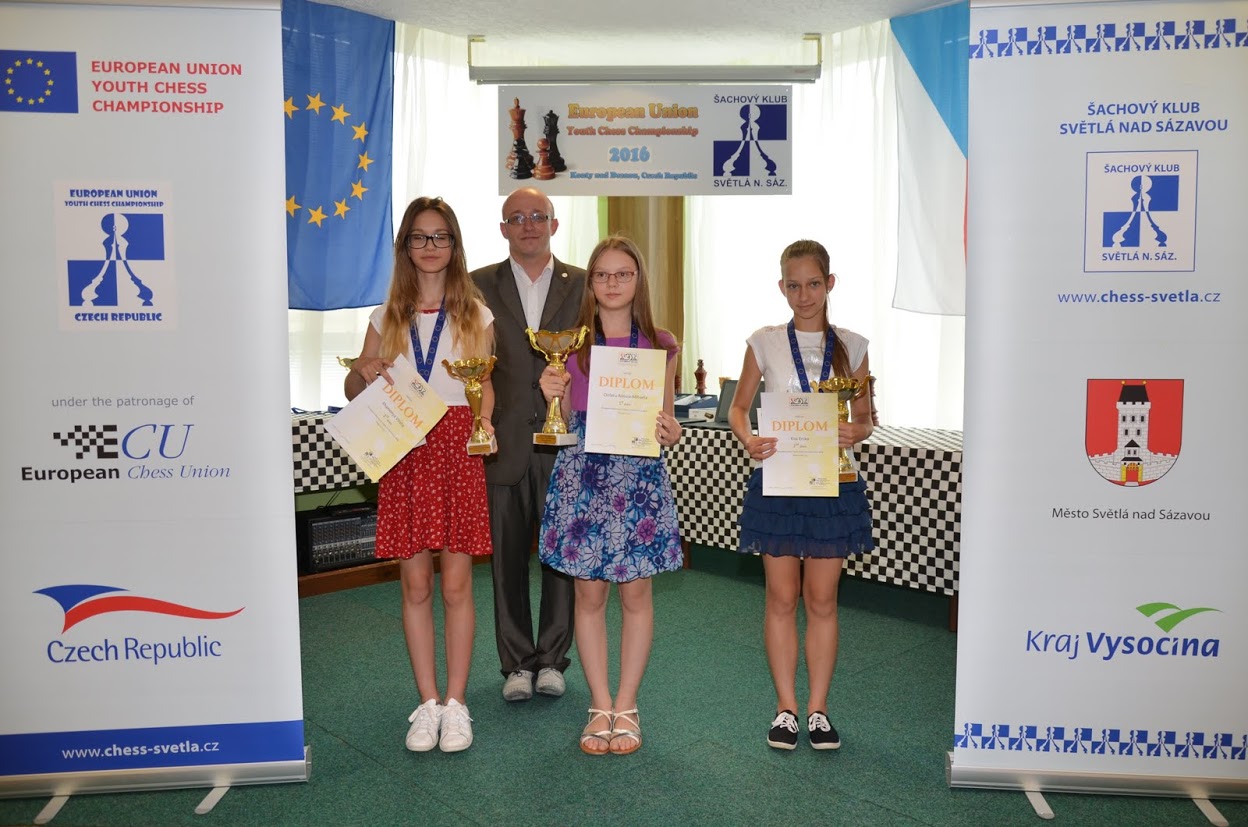 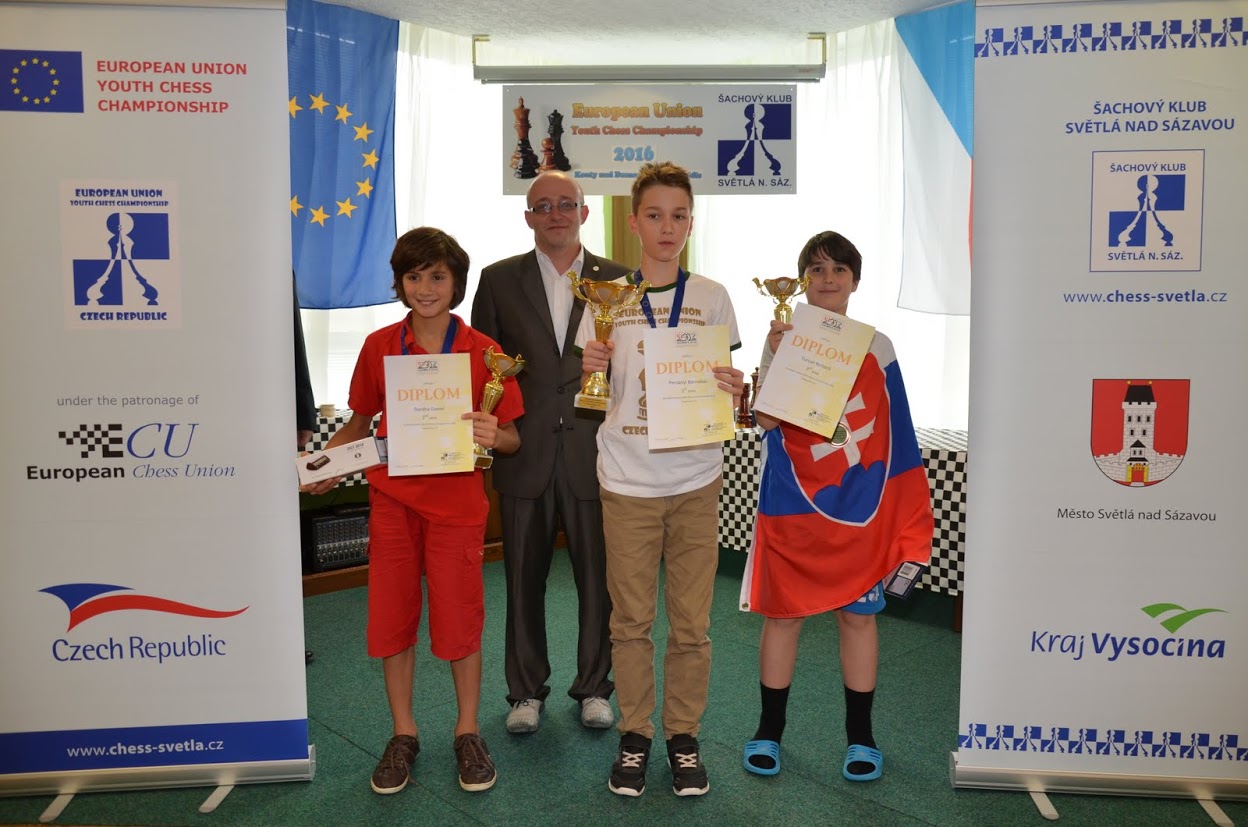 Players who took first three places in each of categories got a cup and diploma. Every participant of EUYCC got a medal. All eight champions EU are leaving Kouty nad Desnou with a notebook! The next five players in each category also got valuable prizes. Every player got a T-Shirt with logo of EUYCC. 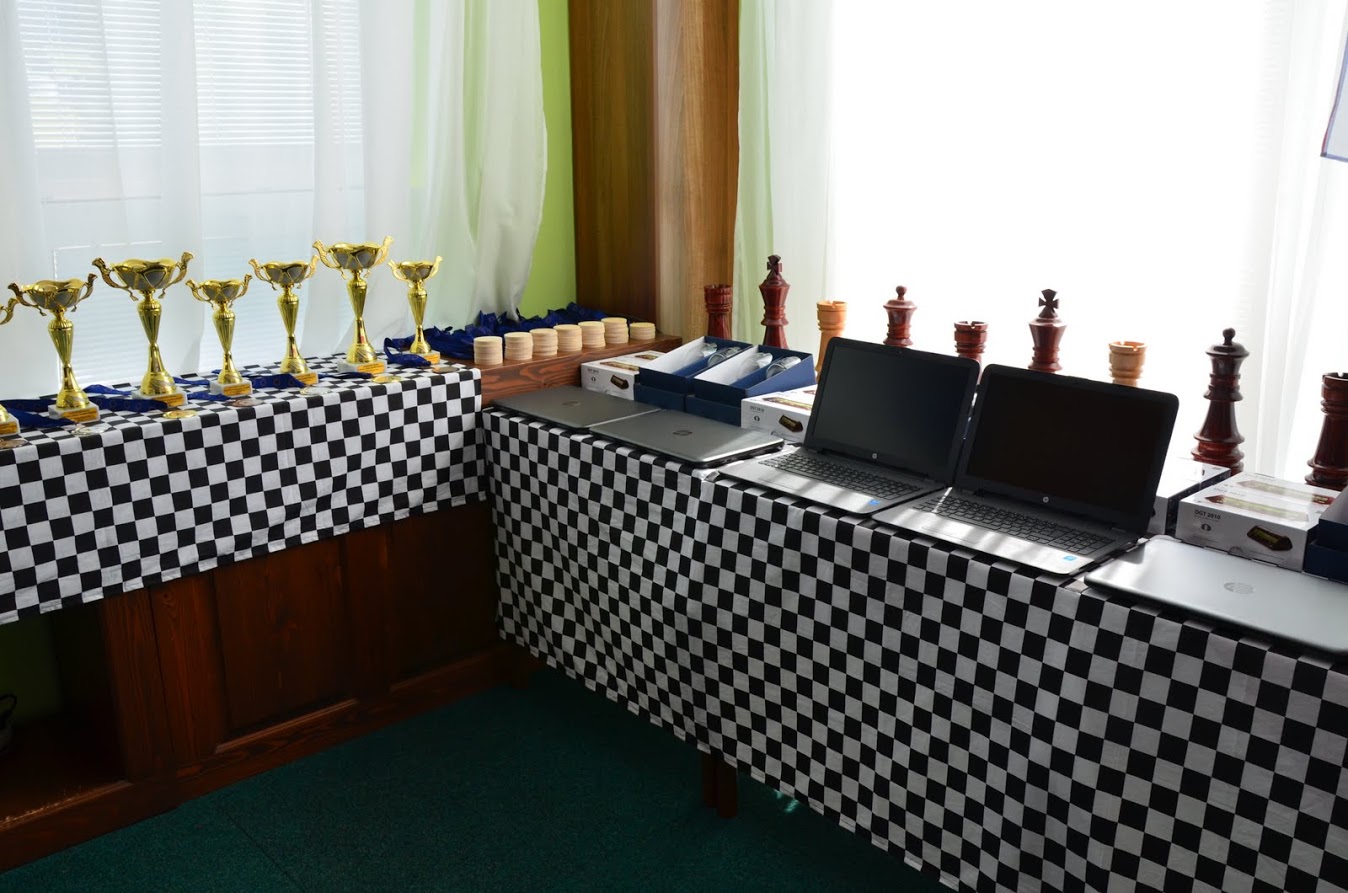 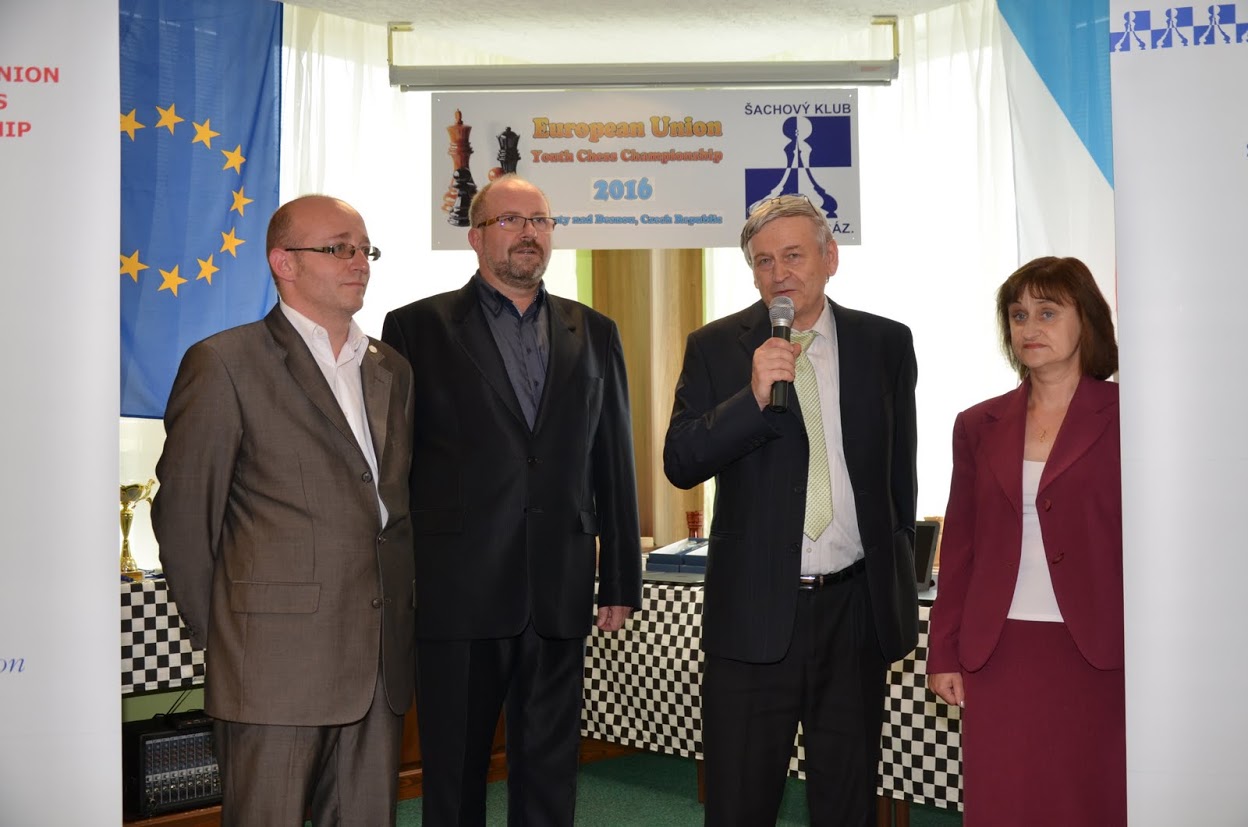 Before Sundays finale there was a rematch simultaneous game with IM Pisk. There was nine players, who had as Petr Pisk 30 minutes on their clocks. The result was 6:3 for IM Pisk (won Adam Josef Ret and Adam Sustek and the draw was made by Tomas Vokoun and Ondrej Dejmal). 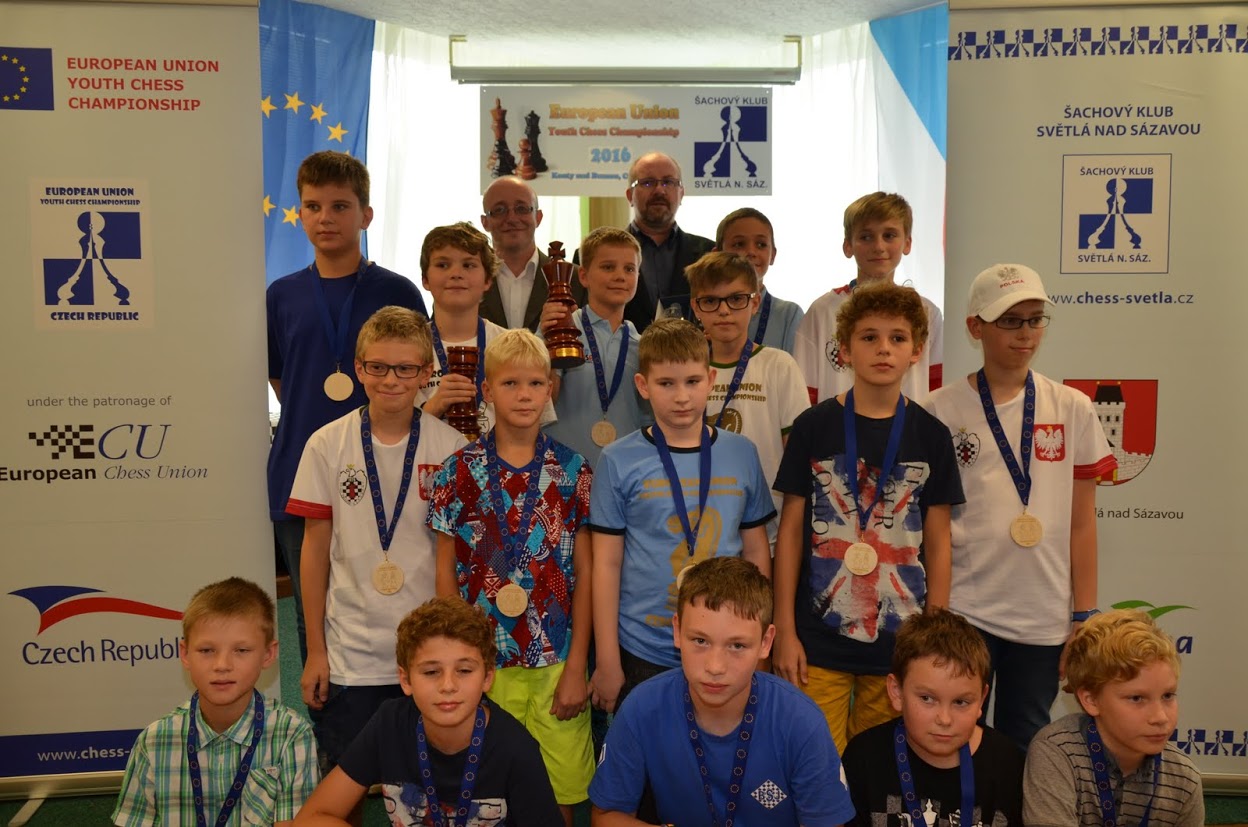 EU Youth Chess Championship 2016 under the patronage of the ECU was organized by Sachovy klub Svetla nad Sazavou in cooperation with the Czech Chess Federation. Boys and girls played in the same tournament, but were evaluated separately.

Championship had 85 players from 14 federations. All games were on-line transmitted. Young players have been pleased by awarding best game of each round. Thanks to the performance during the round eight to nine these players were rewarded: Jakob Klonov (GER), Deyan Samuil Kostov (BUL), Richard Turcan (SVK), Arthur Wachtel (GER), Sofia Barkasheva (EST), Denis Werner (GER), Barnabas Persanyi (HUN) and Bogdan-Emanuel David (ROU). 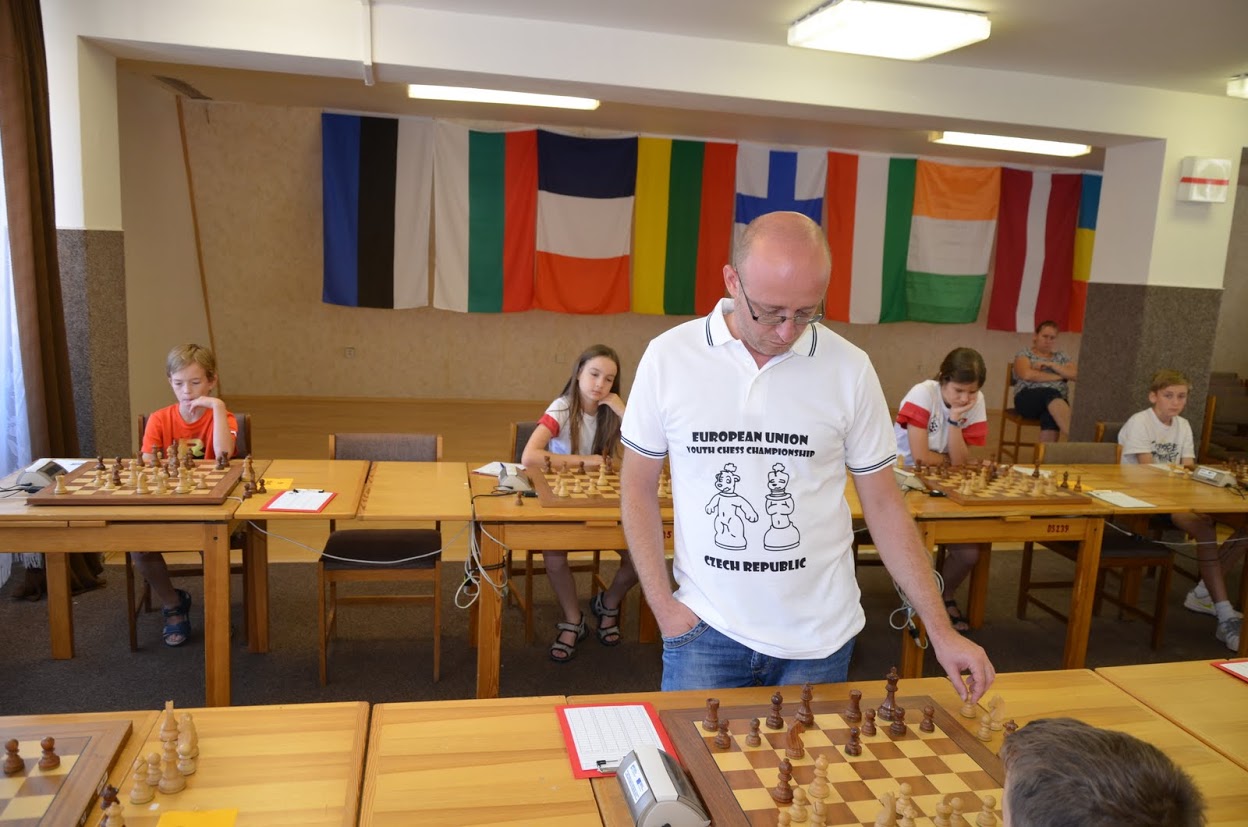 For all participants and accompanying persons organizers had prepared chess and non-chess leisure time activities. Excursion to Hand-made paper-mill Velke Losiny, simultaneous games with IM Pisk, blitz tournament. Participants of the championship had available many leisure time activities. In the hotel they could use swimming pool, wellness, sauna, table tennis, bowling, pool, etc. On the official website organizers placed photo gallery from tournament and other activities. Photo gallery is still being filling in with interesting photos. 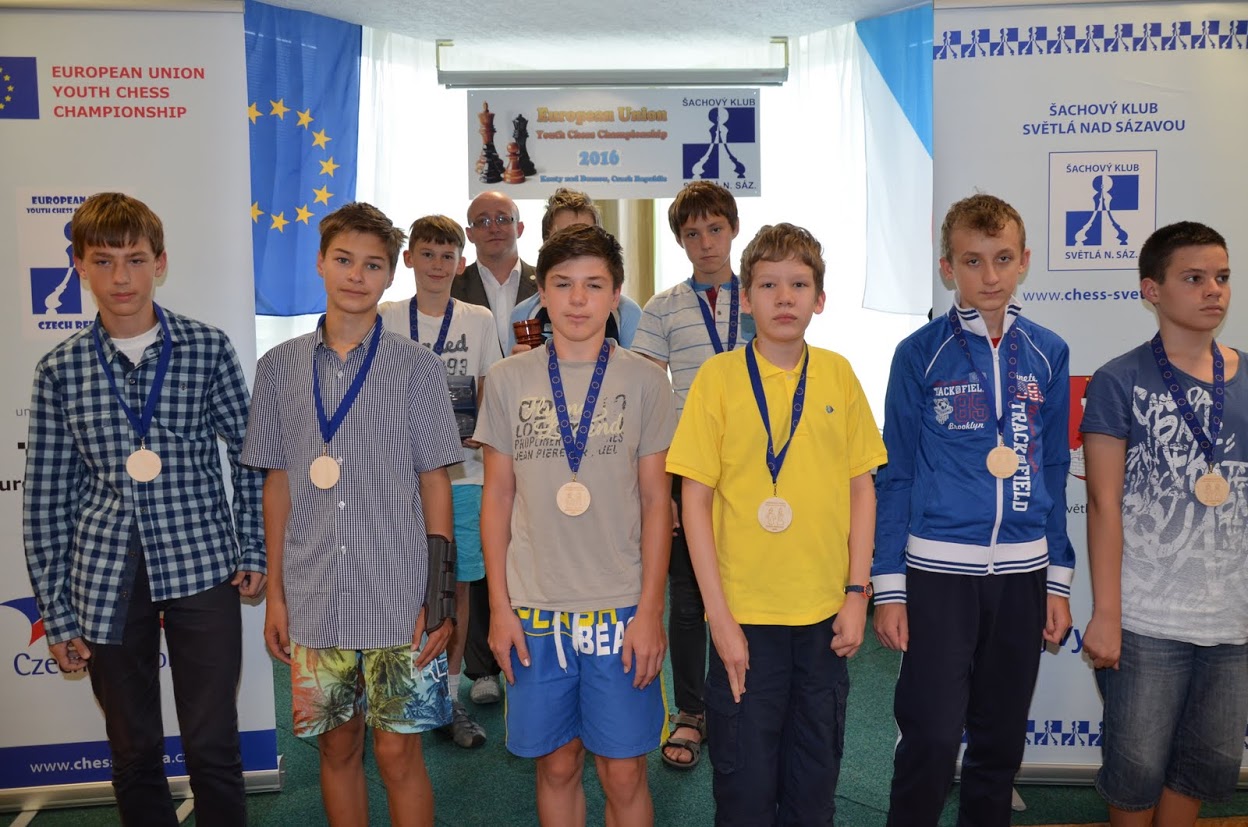 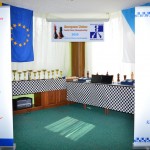 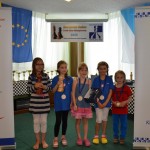 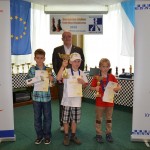 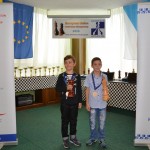 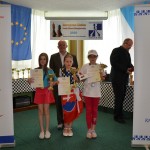 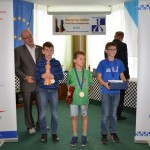 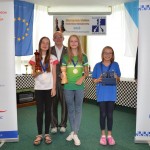 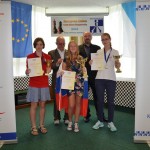 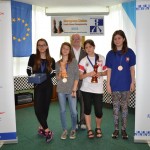 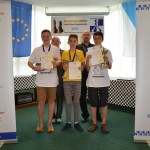 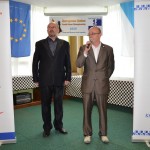 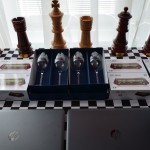