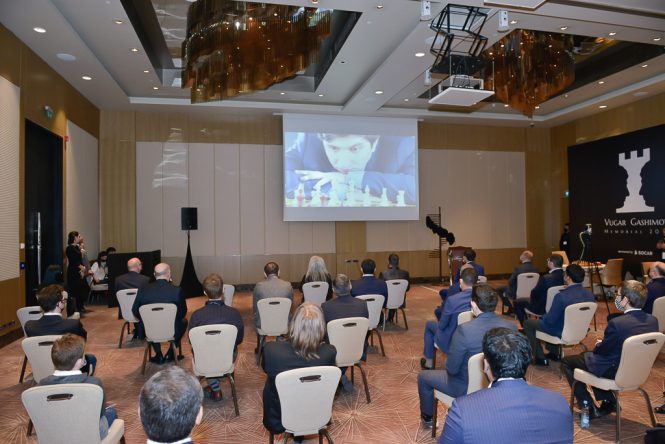 The 7th edition of the Vugar Gashimov Memorial kicked off today in Baku, Azerbaijan.

The 2021 Vugar Gashimov Memorial was opened today. The ECU President Mr. Zurab Azmaiparashvili attended the opening ceremony and made the first ceremonial move before the start of the 1st round on the game between former World Chess Champion Viswanathan Anand and Azerbaijan Grandmaster Mamedov Rauf.

The Minister of Youth and Sports of Azerbaijan Mr. Farid Gayibov attended also the opening, stressing that the high level annual organisation of this event is of interest to the world chess community.