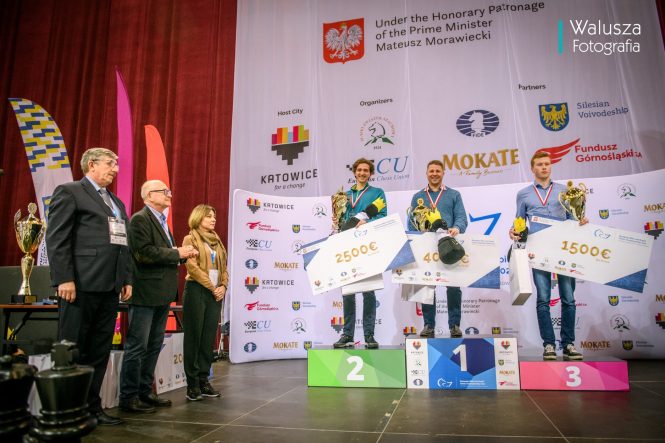 After 11 played rounds three players were in a tie for the top, scoring 9.5 points each. Tiebreak criteria determined the Winner of the event and the medalists. Alexander Motylev (RUS, 2703) had the best additional criteria to claim gold.

Donchenko Alexander (GER, 2535) finished the event on the second place.

Final results can be found here.

The total prize fund of the event was 19.000 EUR, with 4.000 going to the 2021 European Rapid Chess Champion. Along with the regular prizes, the best juniors, seniors, women players and best ranked players of different rating categories were awarded.

Photo gallery can be found on the Facebook page of the event.