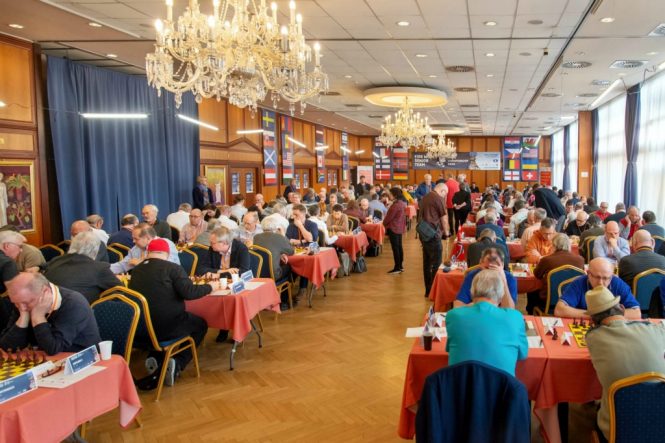 Teams of USA and Russia are announced as the Winners of 50+ and 65+ (respectively) sections of FIDE World Senior Team Chess Championship 2020 after 7 played rounds, due to the current situation of expansion of corona virus, COVID-19.

During the tournament, the government of the Czech Republic and the National Security Council have declared preventive measures against the spread of the coronavirus and banned all cultural, sport, and social events with above 30 participants.

With this circumstances, FIDE announced the Winners of the event after 7 played rounds.

Teams of Russia and France tied for the first place in 65+ category, scoring 12 match points, each. According to tiebreaks, Russia became the World Senior Team Chess Champion 2020, and France won silver medals. Two teams from Germany: Schachfreunde Leipzig and Germany 1 tied for bronze, but tiebreaks decided that medals go to Schachfreunde Leipzig, while Germany 1 finished on the 4th place.

List of the best players per boards can be found here.