As the tournament crosses the halfway mark here in Reykjavik, the Russian men maintain their lead, while the ladies even further increase theirs!

While the top board clash between Russia and Azerbaijan in the open section ended 2-2 (with all four boards being drawn), the board 2 to 5 matches all ended in decisive results.

On board 2, Ukraine beat Hungary 2.5-1.5 and it was once again Pavel Eljanov who decided the match, as he overcame Richard Rapport. The next two matches both ended 3-1, in favour of France against Spain and in favour of Georgia (who are having a great tournament so far!) against Serbia. 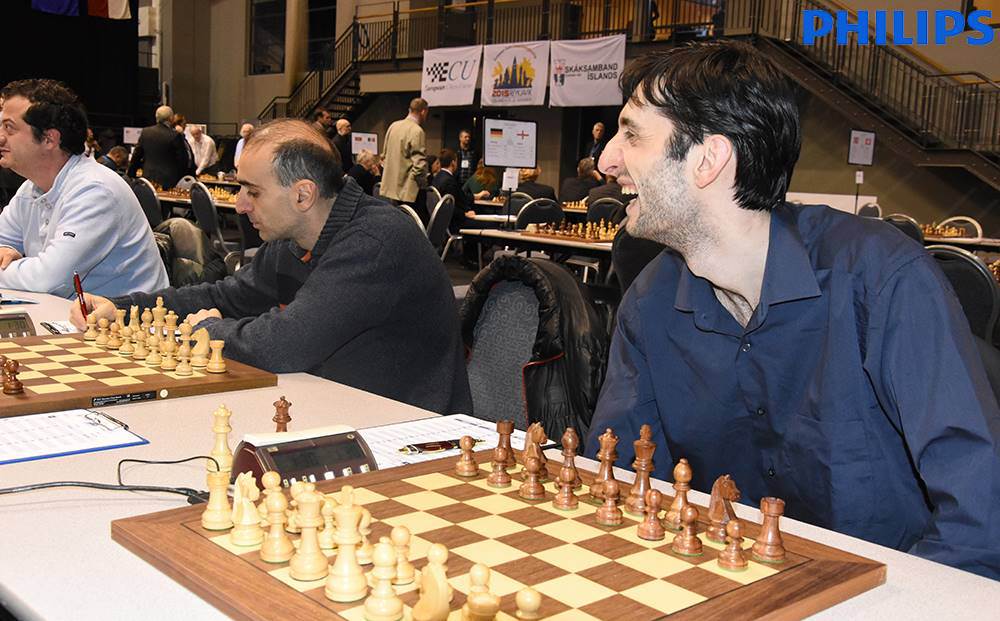 On board 5, Germany created the upset of the day by overcoming England, with Fridman beating an off-form McShane. So Russia is still in the sole lead with 9 points, but France, Ukraine and Georgia are now just 1 point behind them. In the 6th round, Georgia will challenge Russia on the top board while Ukraine and France face off on board 2.

As mentioned above, the Russian ladies further increased their lead as they beat France 3-1, while their pursuers Romania lost to Ukraine with the same score. Interestingly, in both matches the Russian and Ukrainian players with the black pieces drew their games, while those with the white pieces won theirs: Kosteniuk and Gunina for Russia, Anna Muzychuk and Ushenina for Ukraine.

Georgia decided the big board 3 encounter against Poland in their favour, by the narrowest of margins. While Dzagnidze and Javaishvili won for Georgia on the first two boards, Rajilich won for Poland and the last board game between Majdan-Gajewska and Arabidze was a draw. 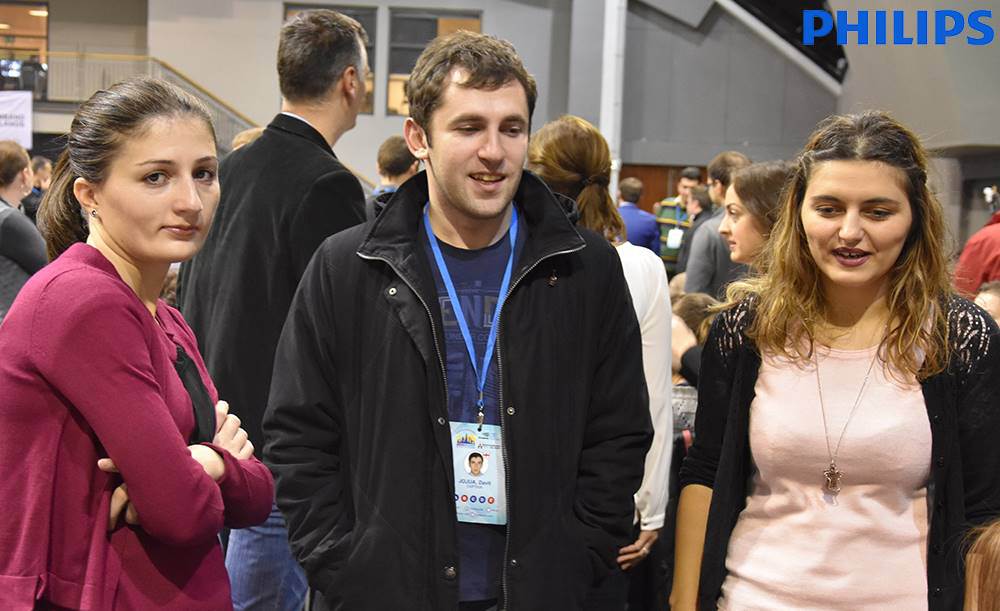 Russia now leads with a perfect 10 points, while their closest rivals are already 2 points behind. Ukraine and Georgia both have 8 points, while five teams follow on 7 points: France, Germany, Romania, Hungary and Serbia. In round 6, Russia will face title defenders Ukraine in a big top board clash, while France takes on Georgia, Serbia plays against Romania and Hungary against Germany.

Tomorrow is a rest day here in Iceland and the organizers have put together a great selection of activities for the participants. The players should then be back on the board fully rested on Thursday and the last 4 rounds of the tournament promise to be extremely exciting! 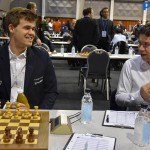 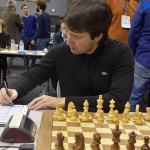 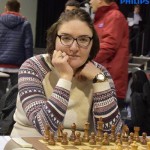 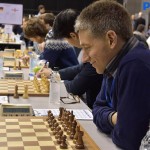 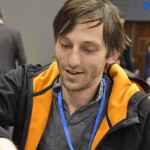 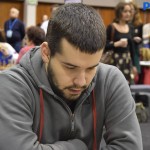 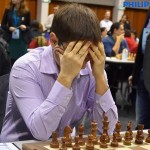 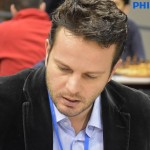 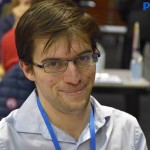 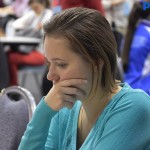 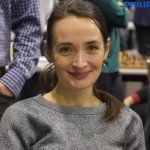 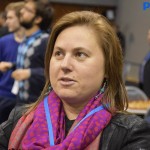