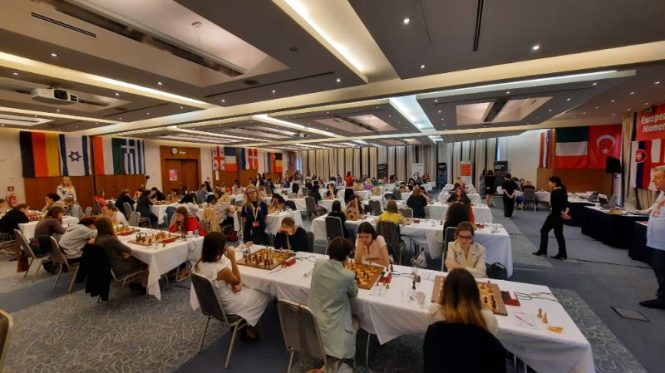 After six played rounds at the European Women’s Chess Championship 2022 in Prague, Czech Republic, GM Monika Socko (POL, 2423) emerged as the sole leader of the event.

Former World Women’s Chess Champion and chess legend Susan Polgar and the ECU Secretary General Theodoros Tsorbatzoglou opened the 6th round and played the first ceremonial move in the game between Elina Danielian and Monika Socko.

With a 6th round victory over Elina Danielian, Monika Socko scored 5.5 points, to be ahead of IM Gunay Mammadzada (AZE, 2466) and WGM Maria Gevorgyan (ARM, 2216) who are in a tie for the second place scoring 5 points, each.

Today is the resting day, and the event continues tomorrow with the 7th round starting at 15:00 CEST. The top pairings are:

Pairings, results and rankings can be found here.

All the games are broadcasted live and can be followed through the official website of the event together with commentaries by GM Petr Martin and his special guests.