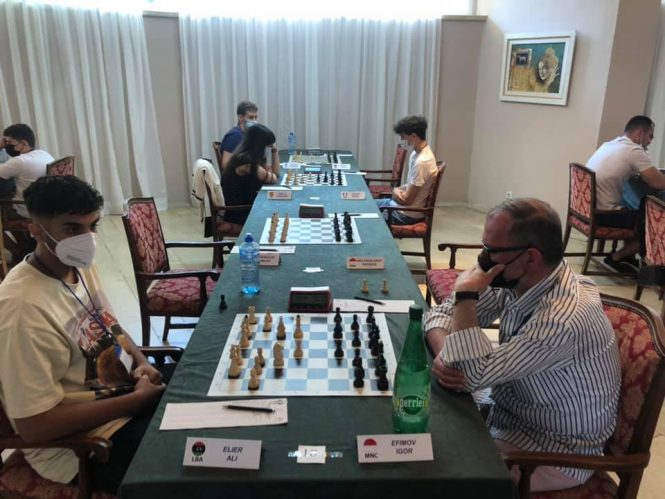 The events are simultaneously played in Hotel Palas, with participation of 128 players from 20 countries in the Mediterranean Chess Championship.

The events were officially opened by ECU President, Mr. Zurab Azmaiparashvili who addressed all the players during the Opening ceremony which took place on Friday, June 18th.

European School Individual Cup 2021 is played as a combined event (blitz, rapid, classical time control) within 2 different age categories: U9 and U15.

The 11th Mediterranean Chess Championship is played according to Swiss system, 9 rounds, with time control 90 minutes per player for 40 moves, plus 15 minutes till the end of the game, with increment of 40 seconds for each move, starting from move one.

Starting list of the players and results can be found here.

The Winner of the event will be declared the Champion of Mediterannean for 2021, while the best ranked female player will become the Women’s Mediterannean Champion.

Official regulations of both events can be found here.