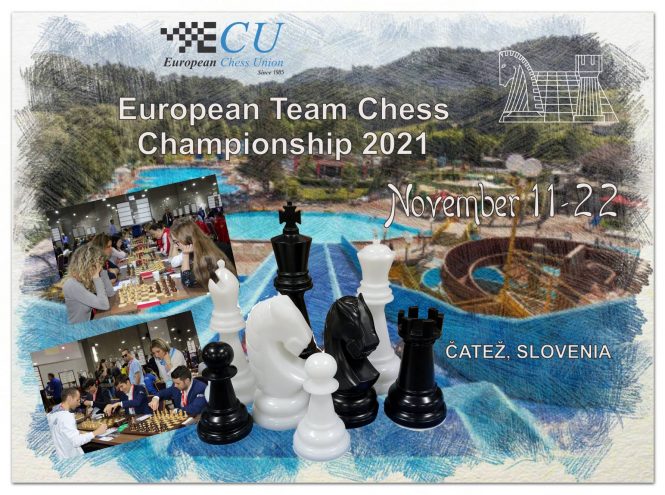 The events will be played according to the Swiss System in 9 rounds, with time control of 90 minutes for 40 moves + 30 minutes for the rest of the game, with 30 seconds increment for every move played starting from the move on.

The registration deadline is September 30th, 2021. Registrations can be submitted by National Chess Federations through the following email address: euroteamchess2021@gmail.com.

The playing venue of the event will be Hotel Terme Čatež Spa.

The winners of Open and Women’s sections will claim the title of the European Team Champions for the years 2021-2022.

The first three teams in the Open and Women’s sections will each receive cups. Each member of the winning team (players, reserves and captain) shall receive a gold medal and diploma. Members of the second and third-placed teams shall each receive a silver and bronze medal and a diploma respectively.

The best – performing players in the Open and Women’s sections on each board (10 players in total) will receive gold medals. Performance shall be calculated as per ECU tournament rules. Second and third placed players in both sections will receive silver and bronze medals.