National cup games, in chess and in other sports, are usually run in a “knock out” system with half of the remaining competitors eliminated in each round.  For already more than a generation, Israeli chess has been adopting a more innovative and dynamic method to run this traditional enterprise. At the end of the league season, 40 teams from the top divisions are regrouping for a day of real fun: A five-round rapid Swiss competition with almost all the country’s top players take part. This is the second year in a row that the cup games are held in Jerusalem. Last year the Cup games were held at the space of the city’s first railway station; this year at the Meirsdorf Conference Centre, overlooking the “Mount Scopus” summit, with its spectacular and inspiring view.

The chief organizer and director was Lior Aizenberg (left); The chief arbiter was Lior Gal

The main natural favorites were the leaders of the preliminary rankings: the champion team of Beer Sheba and its deputy Ashdod Ilit. Nevertheless, the results of the last two rounds devoured their cards. The encounter between the two in the fourth round ended in a 3: 2 win in favour of Beer Sheba but the decisive drama took place in the closing round. “Feldklein” Rishon Letzion (with its young stars led by veteran GM Boris Alterman) beat Ashdod 4: 1 while Herzliya stunned the proud champion from Beer Sheva 3.5: 1.5. The unexpected result was that both early favourites were surprisingly eliminated from the medal winners’ stage.

Here are the ten leading teams in the final rankings (in brackets – average ratings): 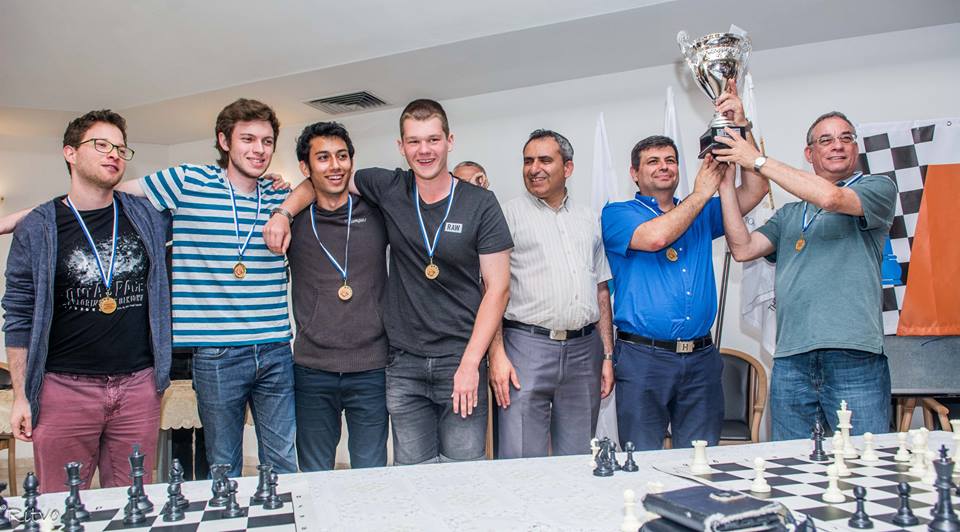 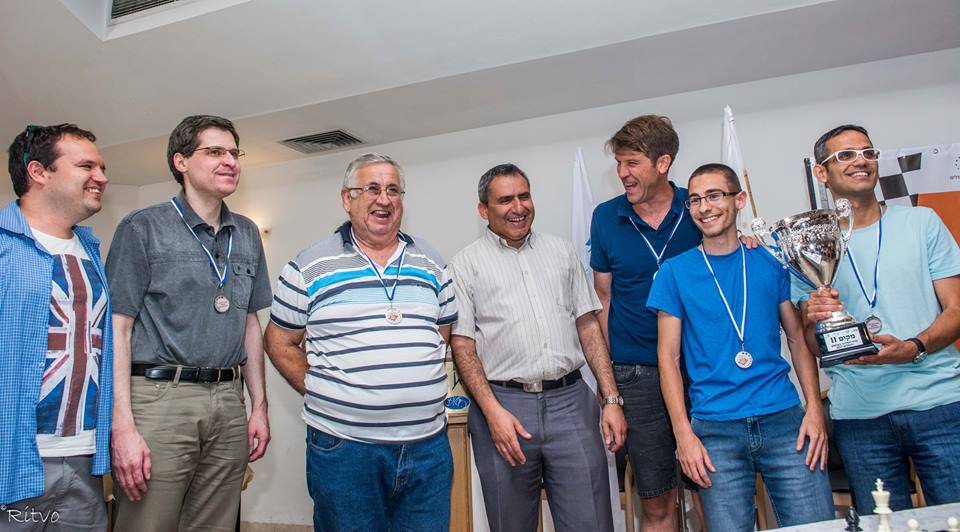 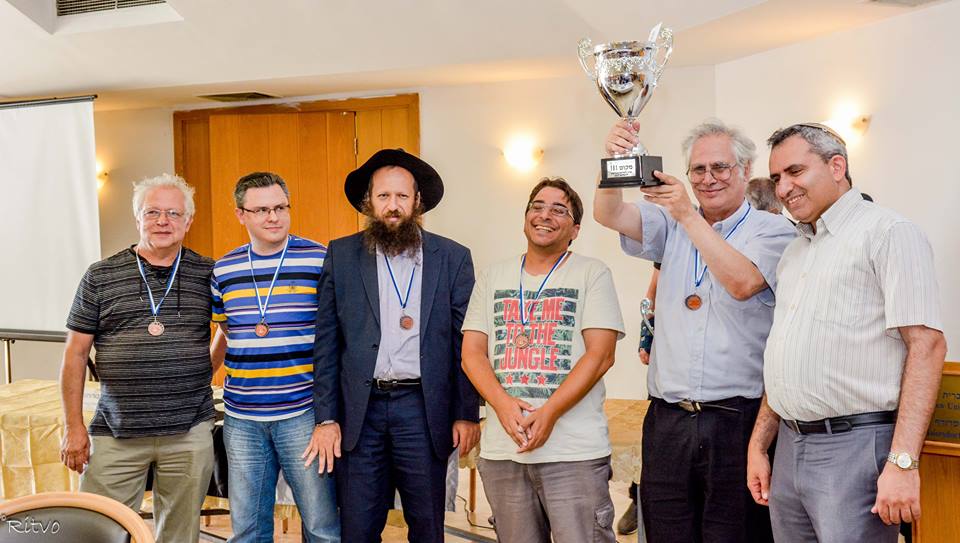 In the prize giving the trophies to the teams that excelled in the top division were also awarded. The champion team in the season that had just ended is Beer Sheba.

The event was honoured by the presence of the Minister for Jerusalem Affairs, Heritage and Environmental Protection Zeev Elkin, an avid chess enthusiast, who congratulated the participants, awarded the prizes and even demonstrated his playing strength.

Just like last year the cup games were accompanied by a series of popular events.

The main one was Simultaneous exhibition by GM Alik Gershon, twice former youth world champion and former Israel champion. Gershon (37) was also a Guinness record holder when he played in Tel-Aviv against 523 opponents for 18 hours and 30 minutes. He won 454 of them; lost 11 and finished 58 fights (86%). This is the opportunity to enjoy this historic celebration once again here.

This time, Alik was confronted just by a few dozen opponents, among which were best of the country’s blind chess players and two other record-holders in their own right: the oldest participant David Brauner, a 96-year-old Holocaust survivor and the youngest participant, Yarden Drori just 4.5 years old.  Alik, who was happy with his performance, lost one game against young Yair Hoffman and drew against minister Elkin. “A well deserved hard fought draw” said Gershon. 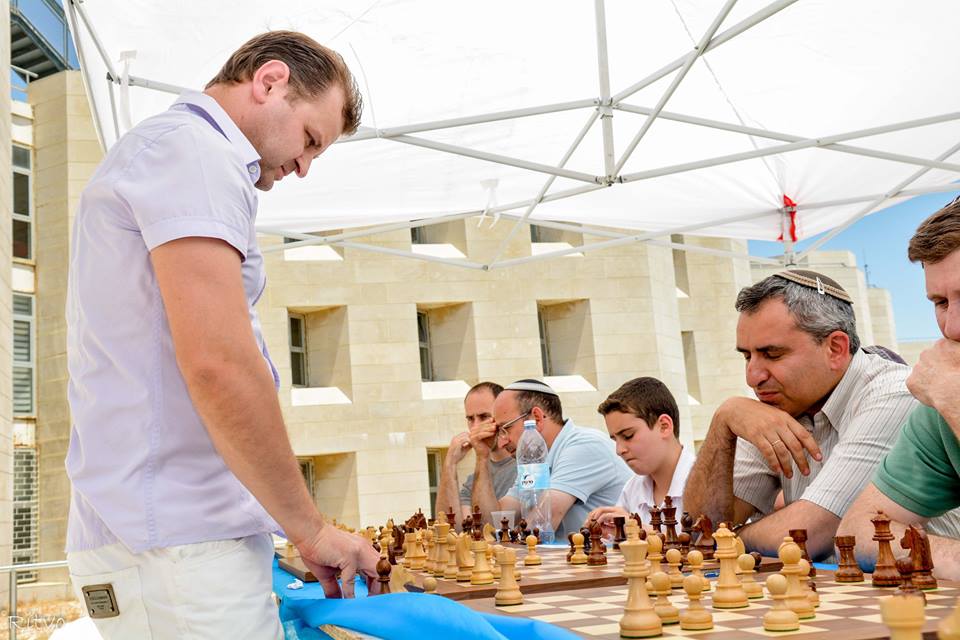 Two grandmasters ended up with a perfect score of 5/5. Tal Baron, on the third board of the winning team from Rishon Lezion, was in excellent shape defeating all three GMs among his opponents: Alex Khuzman (Beer Sheva), Avital Boruchovsky (Kfar Saba) and in the final round – Emil Sutovsky  (Ashdod). 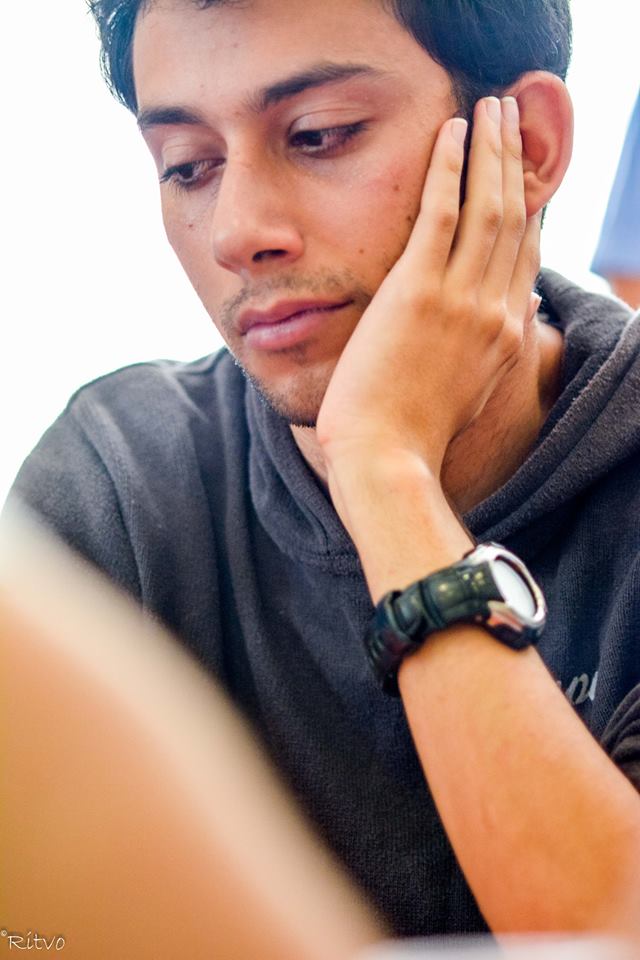 Dov Zifroni, on the fourth board of the runner-up from Herzliya, also beat all his 5 opponents. In the third round he scored the only point in his team’s loss against Ashdod: 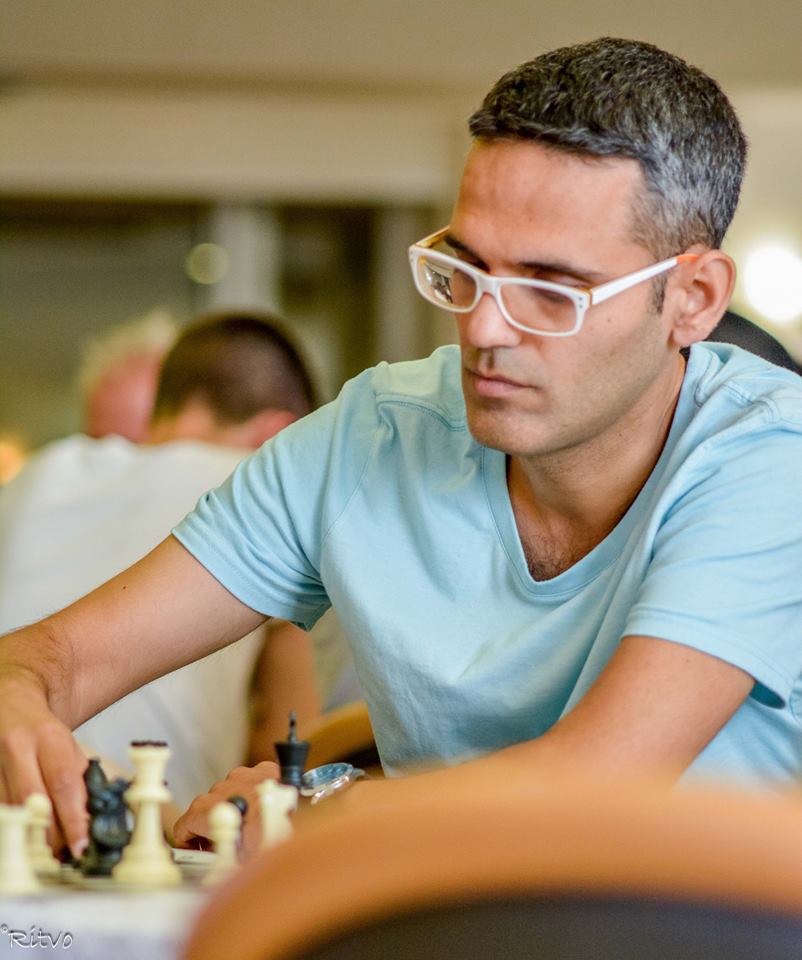