City Hall of Iasi and Iasi County Chess Association have the honor to invite all  chess players to take part in the International Chess Festival “OPEN IASI” 2nd Edition organized in Iasi, Romania, May 29 – June 6, 2015.

The festival will have three sections with total prize fund EUR 23.000.

Iasi has a history of over 600 years and it is known as the cultural capital of Romania. It is a city toped on 7 hills – like Rome – with 350 000 inhabitants, situated in the north-east of Romania (400 km from Bucharest). It is a famous academic, cultural, and industrial centre and it is located in the area of the well-known churches and monasteries in the northern part of Romania. 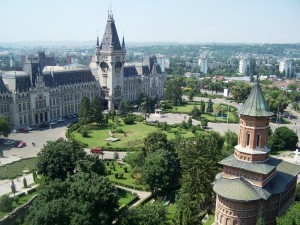 Iasi County Chess Association has a wealthy tradition of promoting chess in both national and international plans. Multiple editions of  both seniors and juniors National Championships have been successfully organized in Iasi over the time, as well as numerous international tournaments, the most known being the World School Individual Chess Championship 2012 (with a record breaking of 503 players from 36 countries), World Amateur Individual Chess Championship 2013 and Youth Teams Chess European Championship in 2011 and 2014.

For the better organization of the competition (the deadline is 20 May 2015), we would like your RSVP intention to participate. The sooner you do so, the sooner we can offer you optimal alternatives for accommodation.

Further informations can be found on the official website: www.ajsiasi.ro or e-mail: iasitel@yahoo.com