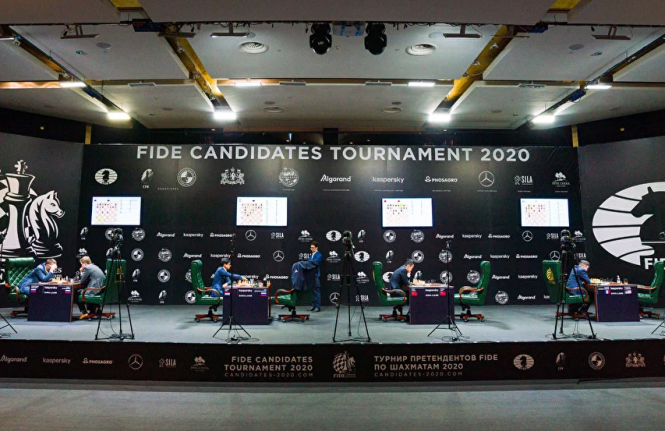 Half way, seven rounds have been played at FIDE Candidates Tournament 2020 and due to enhanced prevention measures by Government of Russia, International Chess Federation (FIDE) decided to stop the tournament.

The event will be continued in the same composition, and results for the first 7 rounds will be valid. The exact dates for the second part of the tournament will be announced soon.

Maxime Vachier Lagrave (FRA, 2767) defeated Ian Nepomniachtchi (RUS, 2774) in the R7, and joined him in a lead. Scoring 4.5 points, they are a full point ahead of the runner-ups.