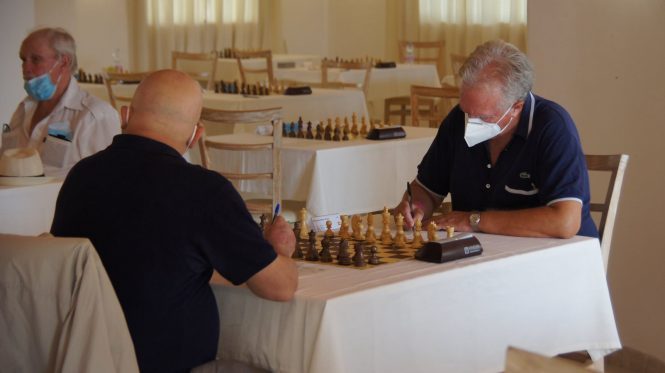 After intense fights for the medals till the last round, IM Bellia Fabrizio (ITA, 2431) emerged as the sole Winner of 50+ section with score of 7.5/9 points, after defeating Cafolla Peter in the last round of the event.

IM Krizsany Laszlo (HUN, 2397) had the same score of 7 points, but tiebreaks criteria decided that he takes the third place and bronze medal.

IM Birnboim Nathan (ISR, 2375) was the sole leader during the event and maintained the leadership till the end of the Championship. With score of 7/9 points, Birnboim Nathan triumphed the championship and claimed gold.