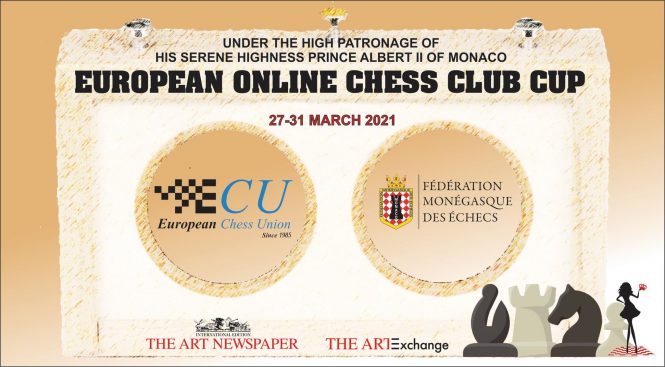 91 teams (!) (90 for the qualification stage) have been registered for the European Online Club Cup 2021!

The event will be played within three stages:

Official regulations can be found here.

Online Broadcast will be available through the ECU twitch channel and through the European Chess TV Youtube channel: