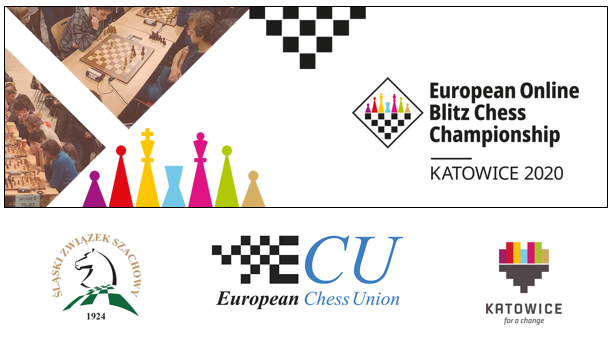 The event is open (with free entry) to all players rated 2300+ (FIDE standard rating) belonging to European national federations. ECU and Silesian Chess Federation have the right to accept additional players (wild cards).

The event will consist of 3 stages: Qualifications, Top16 playoff and Top4 Superfinals.

Qualification stage will be played in 11 rounds, Swiss system, with time control of 3 minutes for the whole game, plus 2 seconds of an increment per each move, starting from move one. The best ranked 16 players will qualify for the Top 16 playoff, which will be played within four games matches + Armageddon (5’ vs 4’ with no increment).

The best 4 players from the playoff phase will qualify for Semifinals which will determine the medalists and the Winner of the event. The Superfinal will be play within four games matches + Armageddon.

Registrations for the event will be accepted till registration deadline 17th of December 2020. Registrations can be done through the playing platform Tornelo on the following link.

More details about the event can be found in official regulations which can be downloaded below.