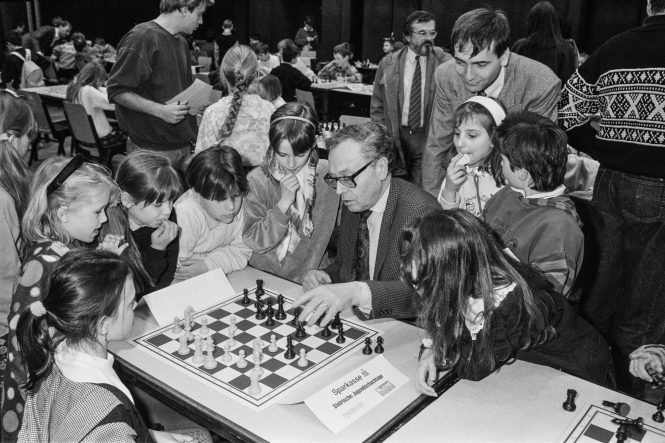 Austrian Chess Federation (ACF) was founded in Vienna on December 12, 1920, and on the occasion of the 100th anniversary, the ACF presents an exclusive chess magazine. Austria’s current Number 1 Markus Ragger was voted Austria’s Player of the Century by the readers of ‘Schach aktiv’ magazine.

Shortly after the turmoil of World War I, the Austrian Chess Federation was founded in December 1920 in the Hotel Palace in the chess metropolis of Vienna. The ACF started with 22 clubs. Josef Krejcik, who was also one of the strongest players at that time, was elected the first president.

Krejcik was followed by Josef Hanacik and Franz Cejka, and from 1971 long-term president Prof. Kurt Jungwirth shaped Austrian‘s chess life for 46 years. He achieved the recognition of chess as a sport, was founder and president of the ECU and vice-president of the FIDE.

The magazine “100 Years of ACF” takes a journey back in time (Wilhelm Steinitz conquered the chess world from Vienna, Carl Schlechter and Rudolf Spielmann were world-class players) and presents the currently strongest German-speaking GM Markus Ragger as Austria’s player of the century. Managers, artists and politicians like Arnold Schwarzenegger talk about why chess plays an essential role in their lives.

Further contributions to the magazine are dedicated to the successful work with young talents, the growing female chess scene and the future development of the sport of chess.

Austrian President Alexander Van der Bellen, ECU President Zurab Azmaiparashvili and FIDE President Arkady Dvorkovich congratulated the historic #Chess Federation and are convinced that chess in Austria has a bright future ahead of it in the next hundred years.