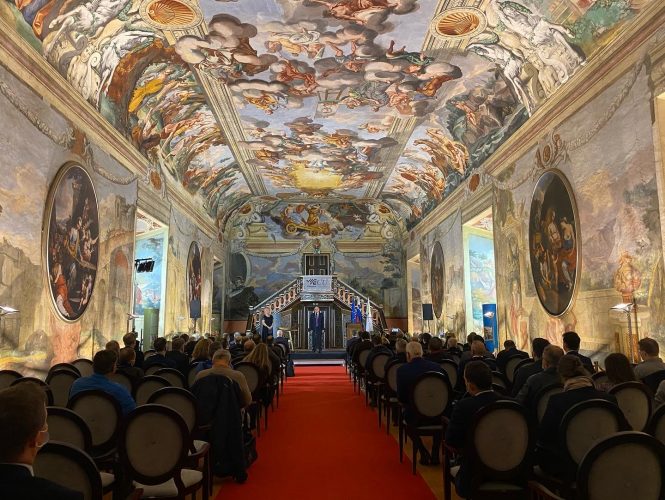 The European Individual Chess Championship 2022 is a qualifying event for the FIDE World Cup 2023.  According to FIDE regulations for World Cup and the ECU Board decision, 20 players will qualify.

Starting list of the players can be found here.

The event will be played in 11 rounds, Swiss system, with time control: 90 minutes for 40 moves plus 30 minutes for the rest of the game with an increment of 30 seconds per move, starting from move one.

The Opening Ceremony of the event will be held at the magnificent Knight’s Hall of the Brezice Castle, starting from 20:00 CEST. After the opening, players and arbiters will have a technical meeting, with drawing of lots, deciding pairings for the first round.

The first round of the event is scheduled for tomorrow, 27th March, from 15:00 CEST and the games will be live broadcasted through the official website of the event.