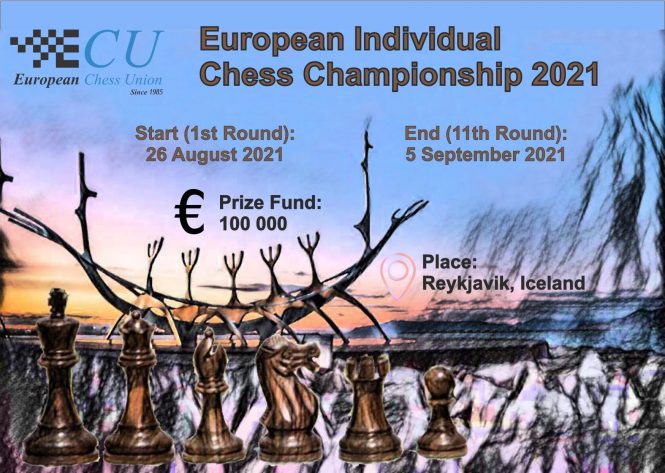 190 players coming from 36 different European federations will participate the event, fighting for the title of European Champion and qualification spots for the FIDE World Cup 2023. The best ranked player aged U20 will be granted a qualification spot for the 2021 FIDE Grand Swiss.

The event will be played in 11 rounds, Swiss system, with time control: 90 minutes for 40 moves plus 30 minutes for the rest of the game with an increment of 30 seconds per move, starting from move one.

All the players need to follow the health protocol and personal safety measures that are detailly described on the official website of the event.

The official venue of the championship is Hotel Natura, a historic place with a rich history of chess events held there. Bobby Fischer stayed at this hotel during his 1972 World Championship match against Boris Spassky. A replica of the famous table used in 1972 can be found at the hotel. Several other high-profile events have been held at the hotel, including the 1977 Spassky vs. Hort Candidates match and the 1991 GMA World Cup. as well as the GMA World Cup in 1991.

Official regulations of the event can be found here.