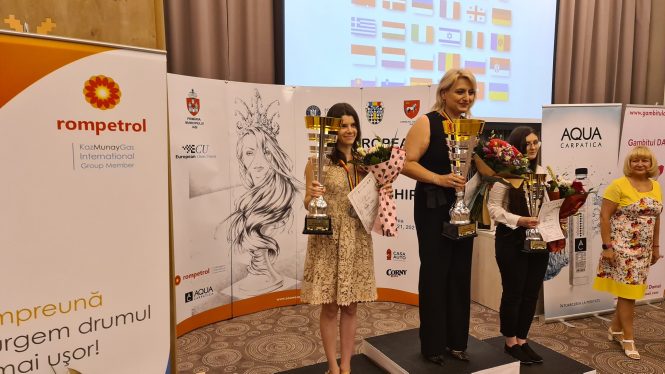 Danielian Elina won the last round against WIM Narva Mai (EST, 2276) to be the sole Winner and to take the crown of European Women’s Chess Champion 2021 with final score of 9 points.

Kiolbasa Olivia (POL, 2288) and Buksa Nataliya (UKR, 2413) drew in the last round ending with a same score of 8 points and tying for the bronze. According to tiebreak criteria, Kiolbasa won the third place.

According to ECU Board decision and FIDE regulations, top 10 players qualified for the next FIDE Women’s World Cup. By the decision of the ECU Board, the first player U20 – Sargsyan Anna M. (ARM, 2388) is awarded with qualification to FIDE Women’s Grand Swiss 2021.

Qualifiers for the next FIDE Women’s World Cup: