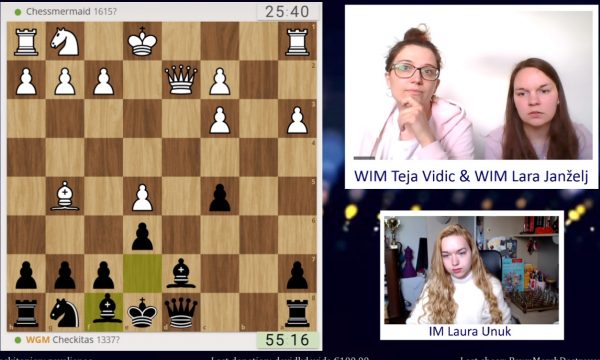 The event was hosted by the German Chess Youth Association, and it gathered more than 800 participants. The event comprised a wide range of events, such as tournaments, simultaneous exhibitions with live commentaries, workshops and coaching sessions.

Tournaments took place through lichess platform, within beginners, U1300, U1800 and Open sections.

Leela_NLCS from England won the open Arena tournament ahead of Christhecat (Germany) and KatalinEngel (Slovakia).

Workshops and debates took place with many interesting themes:

Thousands of people followed the 1st ECU Girls’ and Women’s Chess Weekend which attracted the attention of many chess and news portals. One of them was chessdom.com which followed the events live throughout both days. All the details about the event and video reports can be found here.