Bilbao Chess 2014 was officially opened this evening. The chess event will start at the Euskalduna Congress Centre tomorrow, on Sunday, and will hold simultaneously the European Club Cup and the Grand Slam Masters Final.

Chairing the opening ceremony, which was celebrated by the enormous playroom that will hold more than 200 games at the same time, was Bilbao mayor Ibon Areso. Mr Areso wished the contestants good luck and also encouraged them to “make the most of whatever free time you have to enjoy this beautiful city that welcomes you, just as it welcomes all those other great events, past, present and future — sports or not —, which help promote this city all over the world”.

Representing the Provincial Council of Bizkaia was Maitane Leizaola, the Provincial Director of Youth and Sports. During her speech, Ms Leizaola affirmed that she was pleased with the sports level of the delegations and players that will take part in the European Club Cup and the Grand Slam Masters Final. The Bilbao Chess 2014 will turn the city into the epicentre of world chess starting tomorrow until next Saturday, 20 September. 9 of the world’s top 10 chess players, as well as most of the world’s top 50 players, will meet at this event. 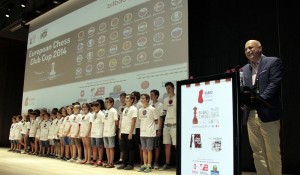 The opening ceremony was also attended by the president of the European Chess Union (ECU), ZurabAzmaiparashvili, and the president of the Spanish Chess Federation (FEDA), Javier Ochoa de Echag?en, among others, as well as by the 4 contenders of this year’s Grand Slam Masters Final — Anand, Aronian, Ponomariov and Vallejo.

Representatives of the last year’s Champions in both Open and Women sections – Hou Yifan (CE Monte Carlo) and Harikrishna Pentala (G-Team Novy Bor) were also welcomed on the stage.

Both tournaments will start at the extension of the Euskalduna Congress Centre at 15.00 tomorrow. The entrance is free of charge for members of the public who wish to watch the games on site. Both the European Club Cup and the Grand Slam Masters Final will be simultaneously broadcast online on the official siteswww.bilbaomastersfinal.com andwww.europeanchessclubcup2014.com 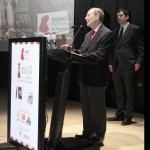 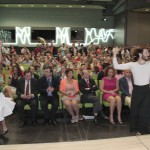 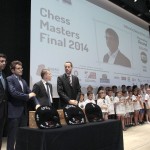 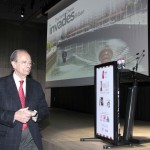 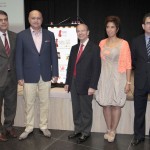 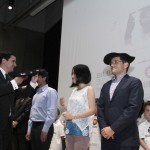 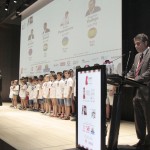 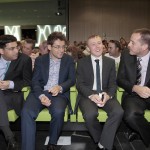 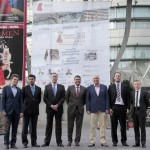