The championship was shot by Czech Television and will be broadcast on TV and the Net (http://www.ceskatelevize.cz/ivysilani/10111941499-v-sachu/). 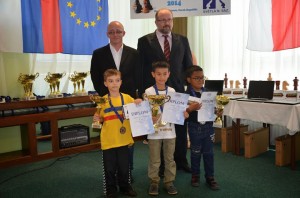 EU Youth Chess Championship 2014 under the patronage of the ECU was organized by Sachovy klub Svetla nad Sazavou in cooperation with the Czech Chess Federation. Boys and girls have played in the same tournament. Eventually boys and girls were evaluated separately. Tournament had 115 players from 16 federations. All games were on-line transmitted. Young players have been pleased by awarding best game of each round. Thanks the performance during the round seven to nine these players were rewarded: Timothe Razafindratsima (FRA), Richard Stalmach (CZE), Zsofia Gombocz (HUN), Robert-Ionut Creanga (ROU), Dominika Ferkova (SVK), WCM Viktoria Radeva (BUL), Alexander Torngren (SWE), Lucian Vantuch (CZE), Barnabas Persanyi (HUN), Kirill Chukavin (EST), WFM Gabriela Antova (BUL), Simons Sinauridze(LAT), Vojtech Parizek (CZE), Martin Jablonicky (SVK) and Marek Karas (SVK).
For all participants and accompanying persons organizers had prepared chess and non-chess leisure time activities.Excursion to Pumped storage hydro plant Dlouhe Strane, excursion to Hand-made paper-mill Velke Losiny, simultaneous game with IM Simacek, blitz tournament. Participants of the championship had available many leisure time activities. In the hotel they could use swimming pool, wellness, sauna, table tennis, bowling, pool, etc. On the official website organizers placed photo gallery from tournament and other activities. Photo gallery is still being filling in with interesting photos.
Eventually I would like to thank all players for their performance and fair play, all parents and coaches for cooperation, arbiters for running the tournament and all cooperators for their work. Hope you enjoyed together with us this championship and believe to see us again the next year! 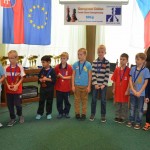 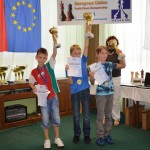 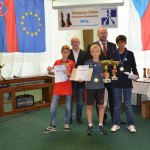 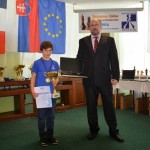 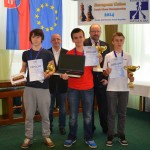 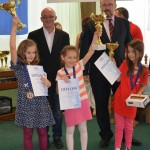 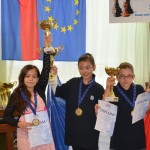 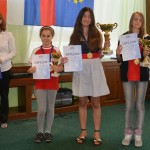 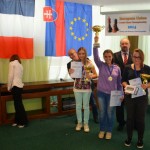 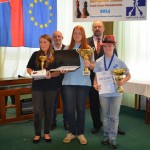 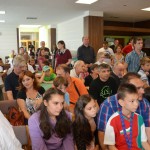 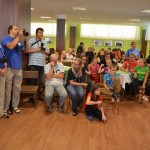