The ECU President, Mr. Zurab Azmaiparashvili had an inspection trip to Jerusalem on the 11th-12th of December.  Mr. Azmaiparashvili visited the hotels and the playing hall that will host the European Individual Championship from 23 February to 9 March 2015.  During his stay in Jerusalem he met and had talks with the Chairman of the Israel Chess Federation Moshe Slav and members of the Organizing Committee. 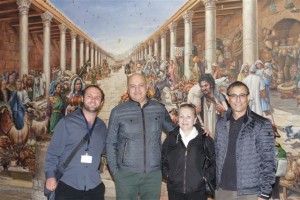 During the meetings it was decided that the Prize fund for the EICC 2015 will raise 20.000  euros to reach the total amount of 120.000 euros. The organizers informed that may add additional 10.000 euros depending on the sponsorship of the tournament.

As far as the “European Individual Women Championship 2015” is concerned, it was decided that the remaining time is not enough for its successful organization in Jerusalem. The Championship will take place in later time of the year in available dates. The ECU President is already in negotiations with the potential organizers. 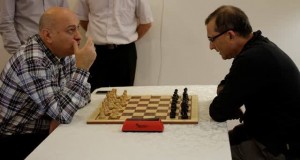 In the free time between the meetings, the ECU President had a guided tour in the historical city of Jerusalem and some chess challenges!