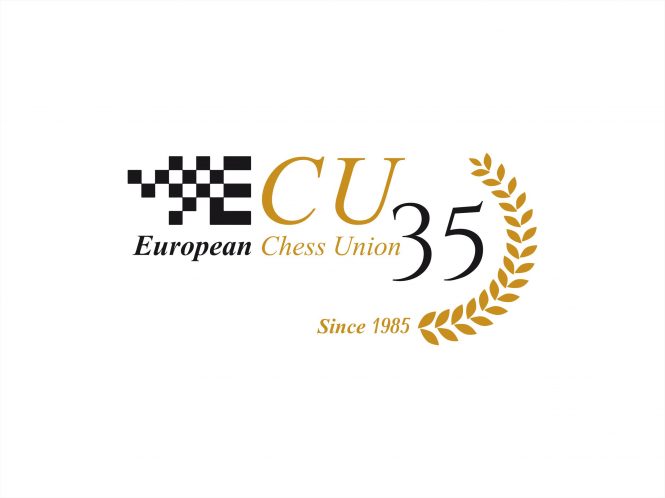 European Chess Union was founded on 30th August 1985 in Graz, Austria, and this year celebrates its 35th anniversary.

A special designed anniversary logo will be used in all 2020 European Championships. ECU Board selected two logo variants among a number of proposals presented by its Marketing Office and run a poll among them in the social media.

Together with the logo, European Chess Union publishes special ECU Brand Book for its 35th Anniversary.