In the main tournament Pardubice Open were presented 291 players. „We saw 45 GMs and 65 IMs,” said director of Czech Open Jan Mazuch. After eight rounds of Pardubice Open, only one player remained in the lead – GM Movsesian from Armenia. In the final round he played against Israeli GM Tamir Nabaty. Movsesian knew that a draw would be enough for him to win the whole PARDUBICE OPEN and so it happened. „Sergei played very well and he deserves the victory. He proved to be complex player,” said the chess expert of the festival Czech Open, IM Petr Pisk. 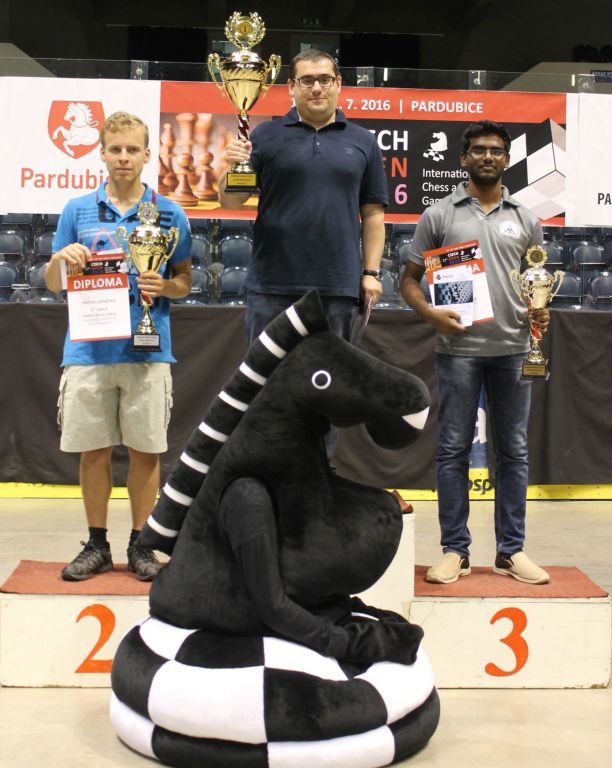 Second place went to GM Viktor Laznicka. „Viktor was the Sergei’s toughest opponent. I think that second place is in the right hands,” said Pisk. Bronze goes to India thanks to NR Visakh. The second best performance among the Czech players gave GM Stocek (7th place with 7 points) and third Czech player was GM Robert Cvek (14th place with 6,5 points).

The best woman in the tournament proved to be WIM Gunay Mammadzada (2415) from India, who finished 80th. Best player in the U18 category was IM NR Visakh (2431) from India, who took 3rd place with 7 points. The trophy for the best senior player went to the Russian player Gennady Tunik (2390), who finished 93rd with 5 points. 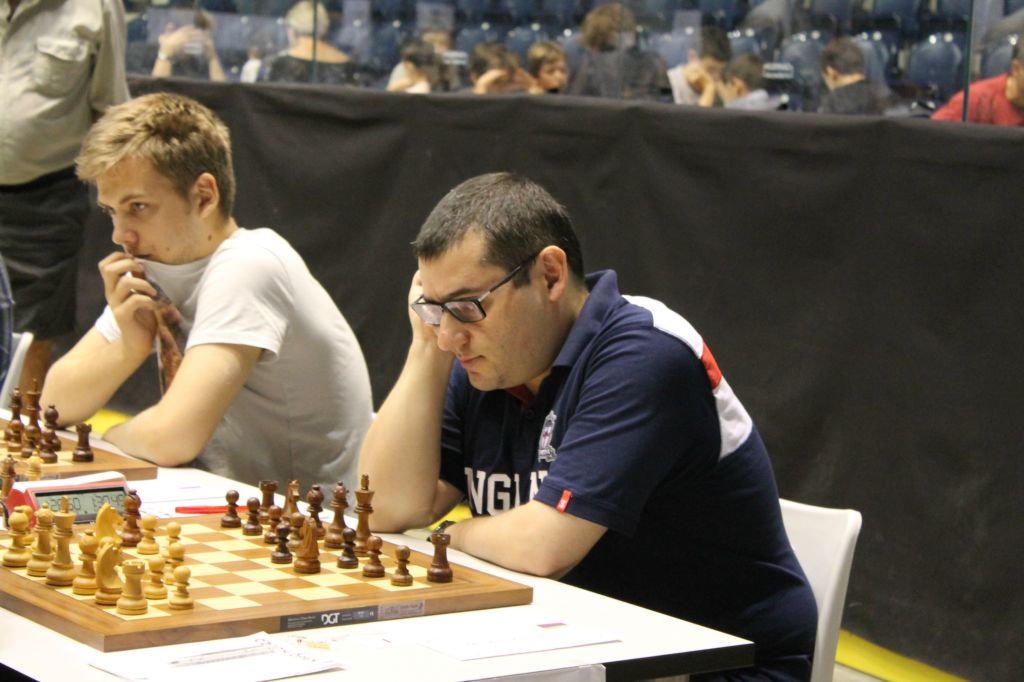 This year, the totals of twenty norms were distributed: 5 GMs (Visakh, Vetoshko, Yuffa, Cerveny, Anurag), 11 IMs (among them 10 years old talents Praggnanandhaa from India and Javokhir Sindarov from Uzbekistan) and 4 WIMs.

The 9 point winner of this tournament was Pavel Kolmakov from Russia. Alexandr Granovskiy from Kazakhstan and Nagued Saleb from United Arab Emirates finished after him.

With the total of 8 points,  8 years old Islombek Sindarov from Uzbekistan dominated the MOTORGAS OPEN final table, followed by Martin Bobak from Slovakia and Ante Tomas from Croatia – both also with 7.5 points.

The golden medal in this tournament went to Wojciech Babijczuk from Poland, who scored 8,5 from the maximum of 9 points. Silver goes to Ukraine thanks to Danylo Mokryk and third was Valery Netsvetaev form Russia.

The results and photographs of all tournaments and games are available on www.czechopen.net.