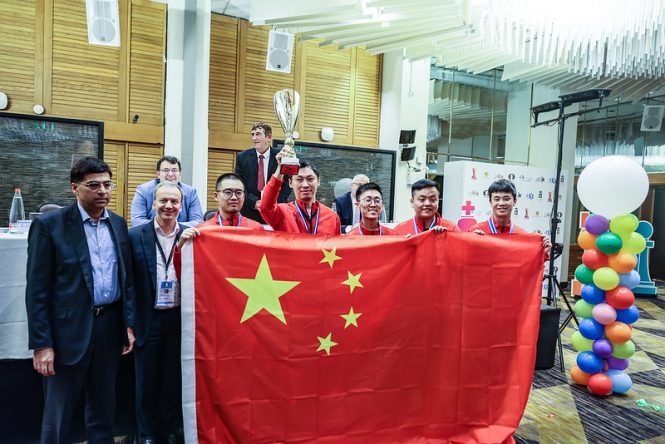 China clinched gold medal after defeating Uzbekistan in the finals. The finals were played over the two matches and China scored narrow 2.5-1.5 victories in both to win the event without the need for tiebreaks.

Spain prevailed in the match for the third place against India. The first two matches ended with equal 2-2 result, and the bronze medalist was determined in the playoffs. Spain won the playoff match with a 3-1 score.

The FIDE World Team Chess Championship 2022 was played with 12 teams competing in two groups A and B, with the top 4 teams advancing to the knockout phase. After the group phase of the event, China, Poland, Azerbaijan, Spain, Ukraine, Uzbekistan, France and India qualified for the knockout stage.

Results of the knock-out phase of the FIDE World Team Chess Championship 2022:

Detailed information about the event can be found on the Official website.