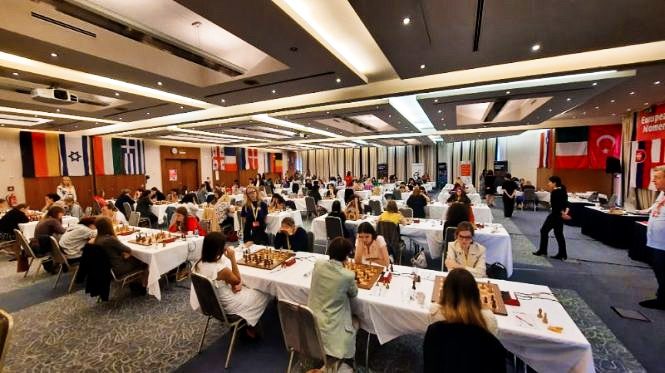 The event is open for all women players from National Chess Federations members of the European Chess Union (ECU) without rating or title limitations and according to the decisions of the ECU Board and General Assembly.

The Championship will be played according to the Swiss System, 11 rounds. The rate of play is 90 minutes for 40 moves + 30 minutes for the rest of the game with an increment of 30 seconds for every move starting from move 1.

The official venue of the European Women’s Chess Championship 2022 is Hotel “Palas” Petrovac.

23rd European Women’s Championship implies qualification for the next World Women’s Cup. According to FIDE regulations and the decision of the ECU Board, 9 players will qualify. The total prize fund of the event is 60.000 EUR, with 10.000 EUR reserved for the Winner of the event. List of prizes can be seen below

All players shall register until the 1st of February 2023 (registration deadline). The application form shall be filled in at the official website of the championship.