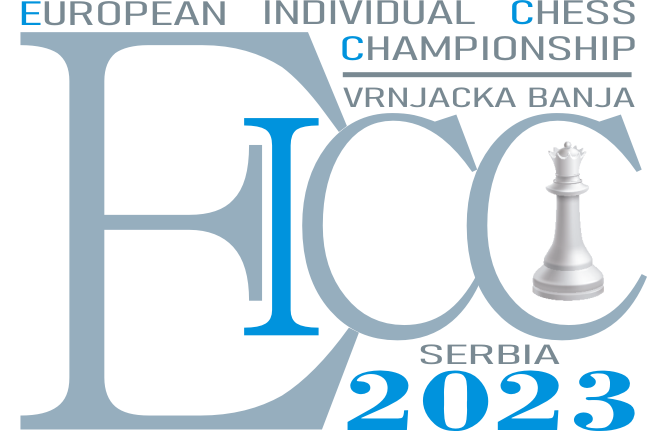 The European Individual Chess Championship 2023 is organised by Serbian Chess Federation under the auspices of European Chess Union will take place from 2nd – 14th March 2023 in Vrnjacka Banja, Serbia.

The event is open to all players representing Chess Federations that are members of the European Chess Union regardless of their title or rating. There is no limit of number of participants per federation. However, applications can only be sent by national federations. The registration deadline is February 2nd, 2023.

The championship will be played in 11 rounds, swiss system, with time control of 90 minutes for 40 moves plus 30 minutes for the rest of the game with an increment of 30 seconds per move, starting from move one.

The European Individual Chess Championship 2023 is a qualifying event for the FIDE World Cup 2023. According to the FIDE regulations for World Cup and the ECU Board decision, 23 players* will qualify. The total prize fund of the tournament is 100.000 EUR with 20.000 EUR reserved for the Winner of the event. Besides the prizes for the best-ranked 23 players, the organizers provided special prizes for best-ranked Juniors (U18), Seniors (S50+) and doubled the prize fund for the best-ranked female players. See the list of prizes below:

The organizers will provide transfers for all accredited participants and accompanying persons from Belgrade “Nikola Tesla” airport, from Nis “Konstantin Veliki” airport, and from Kraljevo “Morava” airport to the official hotels of the tournament. The official hotels are ****Hotel Zepter Vrnjacka Banja (also the playing venue of the event) and ****Hotel Vrnjacke Terme (within walking distance to the venue).

Vrnjacka Banja is the largest and most famous spa resort in Serbia, informally called “the queen of spa tourism”. It is located 200 km south from Belgrade. Vrnjacka Banja is rich in mineral water which are known for their healing properties. The health benefits of Vrnjacka Banja’s water were first announced in the time of the Romans.