Ukrainian Grandmaster and former World Champion Anna Ushenina (2450) added another important title to her collection – the title of European Champion! 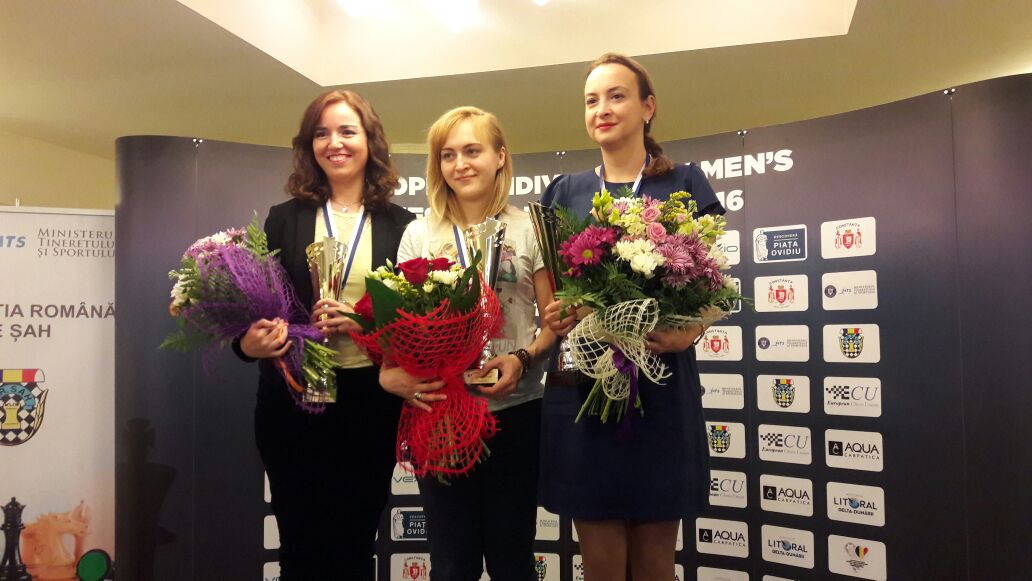 She triumphed at recently ended 17th European Individual Women’s Chess Championship, which took place in Mamaia, Romania from 26th May to 8th June.

Ushenina took the lead after 7 rounds and until the end maintained the advantage. In the final round she made a draw with Lilit Mkrtchian, and finished the tournament with 6 wins and 5 draws, including amazing series of 5 victories in a row. 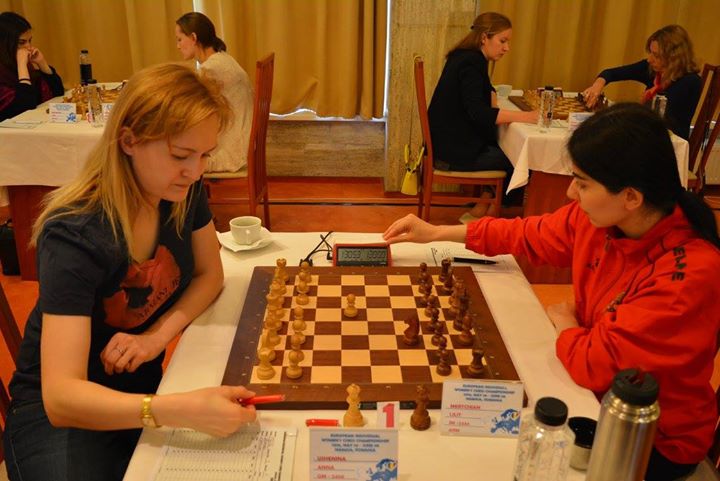 Second place went to Sabrina Vega Gutierrez from Spain, who defeated Elisabeth Paehtz from Germany in the last round and actually tied for the first place with Ushenina with 8.5 points, but had a worse tie-break. The third place went to another ex World Champion Antoaneta Stefanova (Bulgaria) with 8 points. 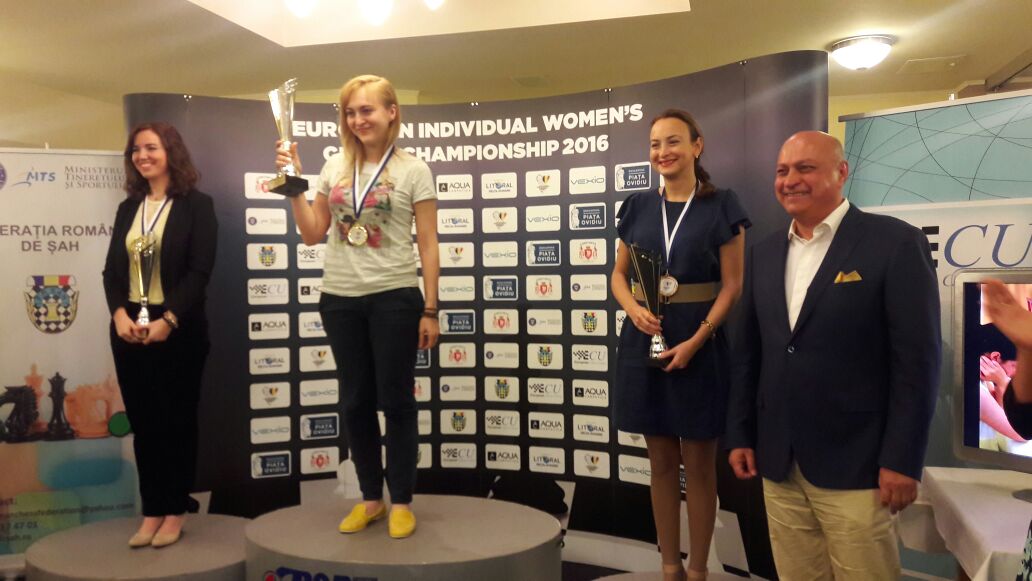 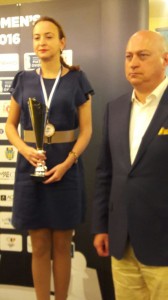 The closing ceremony took place after the final round was over, in the Conference Hall of Hotel Comandor, the official venue of the Championship.

The prizes to the winners were awarded by Mr. Zurab Azmaiparashvili.