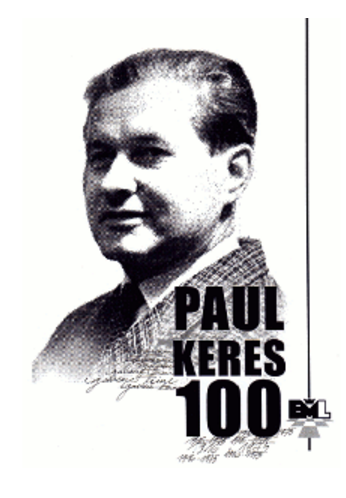 January 7, 2016 will be the 100th birth anniversary of the legendary chess player Paul Keres who was elected the Estonian Sportsman of the 20th century.

The tournament will be held in Tallinn, 7-10 January

This will be a major International event, currently, over 30 Grandmasters have registered for the competition.

The prize fund of the tournament will be 15 000 euros.

More information about the tournament at the Official Website