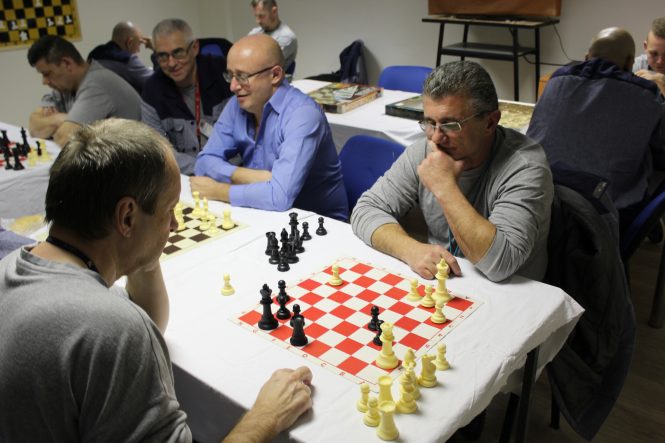 The paraphrase of the infamous slogan of “welcoming” prisoners of concentration camps is deliberately used in the headline. Pieces made from precious bread were at that time one of the few ways to maintain common sense in an environment beyond human understanding.

Fortunately, concentration camps are a thing of the past, but the magical power of chess is eternal. Not only it gives a man some inner freedom limited by rules, it also develops creativity, a sense of long-term strategy, and immediate tactics. It teaches patience, responsibility for decisions and encourages lessons to be learned from losses. All this is then carried by oneself also outside the chessboard.

The International Chess Federation (FIDE) project “Chess in Prison” launched in 2019 builds on these positives and adds something extra. The convicts/prisoners receive advice from the most competent – real chess masters. Their help does not only concern the chessboard, but in the transferred sense it is also a help for the next life.

Thanks to cooperation of a special teacher Mgr. Eva Ježková with International Master Petr Pisk, Czech FIDE Delegate, with the help of free time pedagogue Ivan Ohera, who is in charge of chess club for prisoners, the prison in Kuřim joined the project as one of the first.

So far, International Master Petr Pisk has played a simultaneous exhibition in prison on sixteen chessboards. In addition, he supervised the subsequent prisoners’ tournament. And in order not to limit himself to specific advice over the table, he spent one afternoon teaching and he demonstrated various tips for openings, defending, attacking and endgames.

The increased interest of prisoners in chess shows the success of the FIDE project in the Kuřim Prison. And because the prison is very well equipped with both the chess literature in the local library and the chessboards on the various sections of the prison, there is nothing to obstruct new chess players from becoming serious about the royal game. Not only they will spare their free time, but it can be assumed that the more chess skills they acquire, the greater their chances are to avoid returning behind the prison walls after release.

The project “Chess in Prison” thus fulfills the motto “With Chess to Freedom” without any irony.