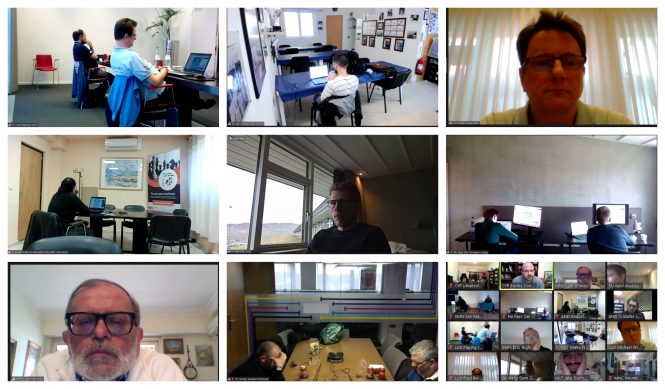 European Small Nations Hybrid Chess Championship 2021 concluded yesterday after a dramatic finish in the last round.

Two players tied for the top throughout the event: IM Wiedenkeller Michael (LUX, 2445) and GM Ziska Helgi Dam (FAI, 2532) and fought for the last round victory for 6 hours!

Both players won their opponents in the round 9 to score 8 points, each, and to tie for the first place. Tiebreak criteria decided that first place and a ticket to the next FIDE World Cup goes to IM Wiedenkeller Michael (LUX, 2445)!

*Results are provisional till confirmation of Fair Play panel.

European Small Nations Championship 2021 was played from 17th-25th April 2021 in a hybrid format. Each ESNA 1.10 Zone member Federation nominated one of its players and the event was held with 10 participants, as a 9 rounds round-robin tournament, with time control 120 minutes for the game for each player, with 30 seconds increment per move from move 1.

The winner of the event, IM Wiedenkeller Michael will be granted one of the ECU spots in the forthcoming FIDE World Cup 2021.