American Grandmaster Wesley So (USA) became the winner of the 79th edition of the Tata Steel Chess Tournament. 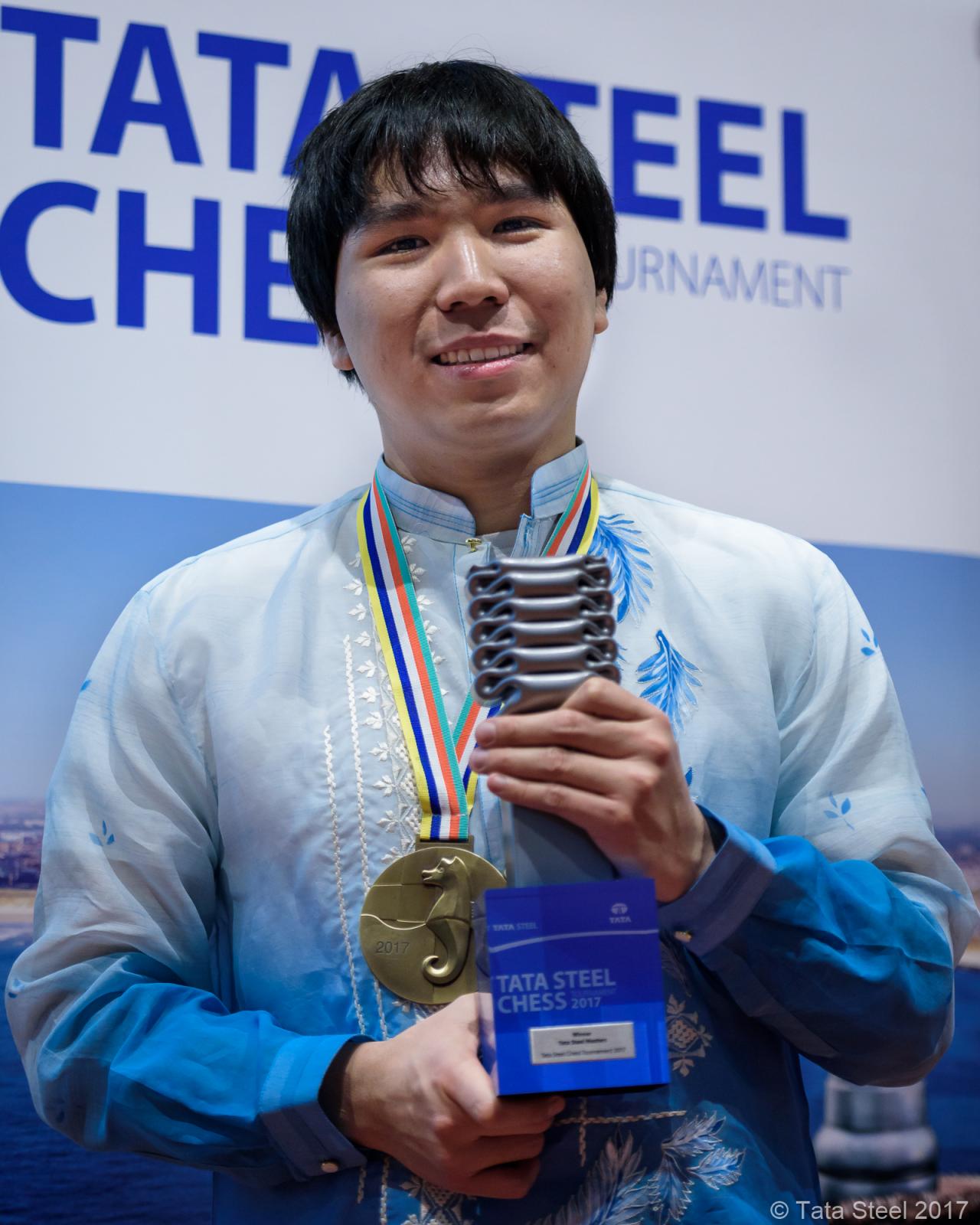 Wesley So remains unbeaten for 56 games in a row, and is now the World’s number two in live ratings. “Winning this prestigious tournament has been a goal for a long time”, said So after his victory. 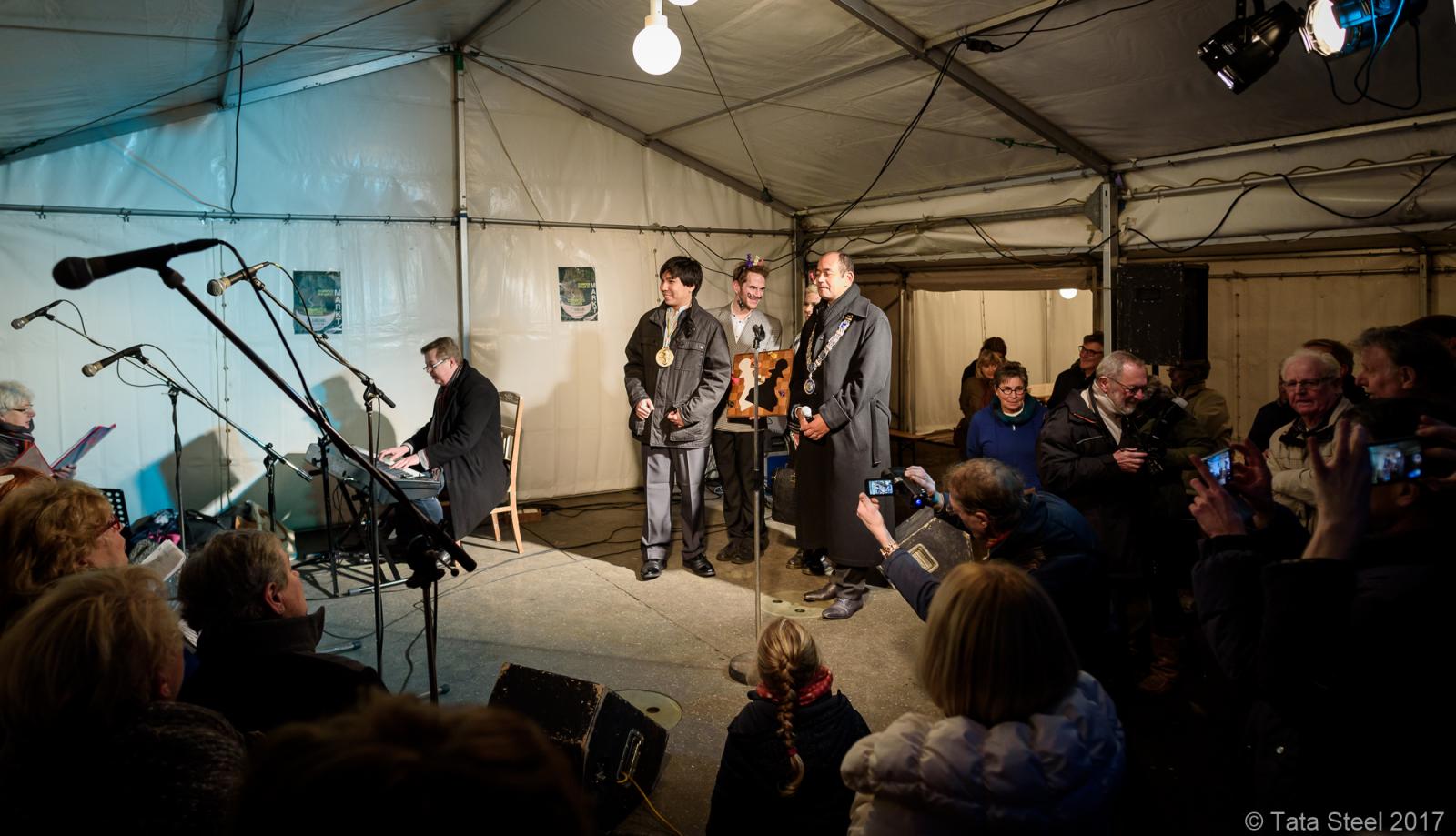 English Grandmaster Gawain Jones managed to win the Tata Steel Challengers, as he saved the draw against Chinese Lu Shanglei in the final round, and will participate in the Tata Steel Masters 2018. 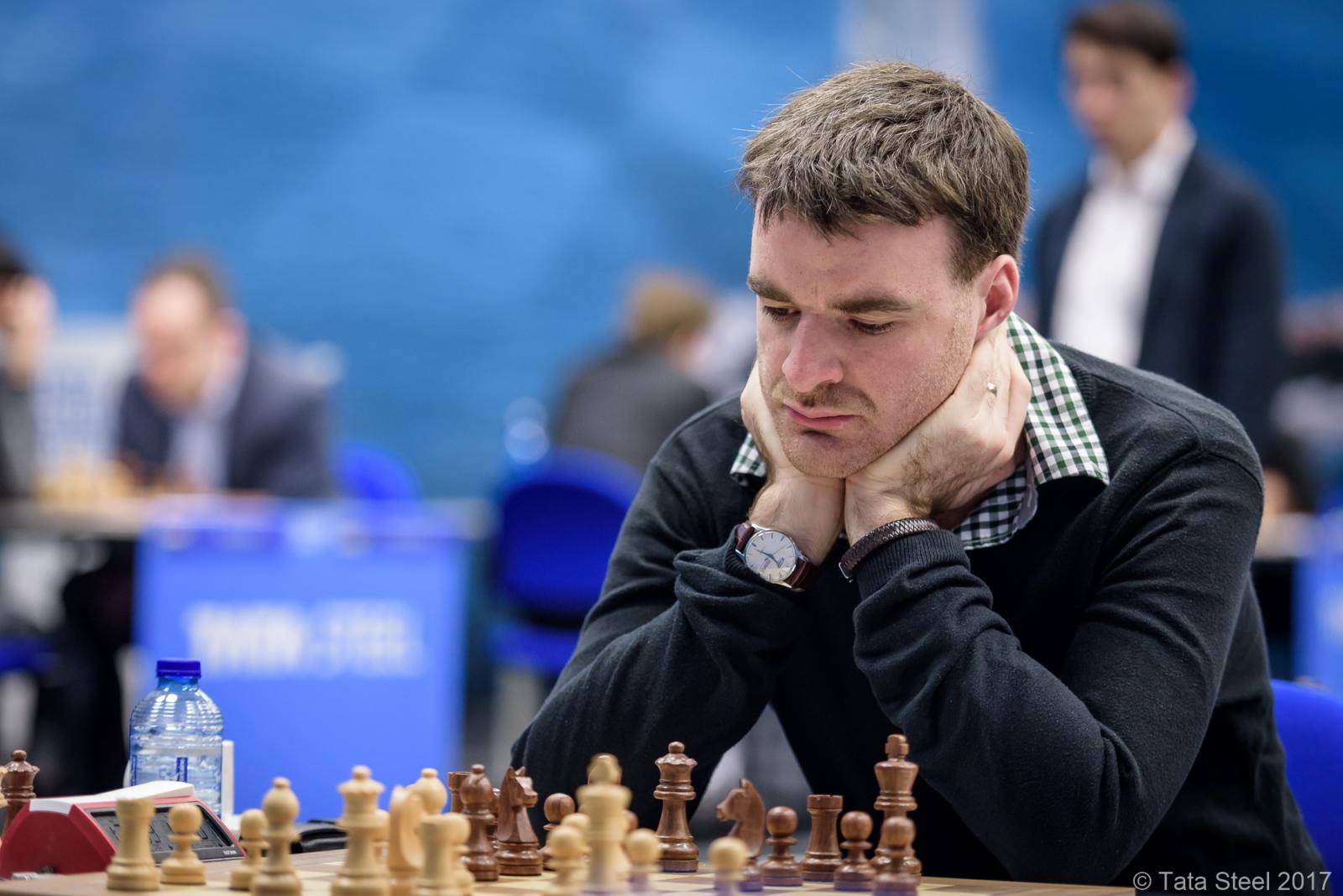 The English triumphed thanks to better tie-break than Markus Ragger of Austria, who also scored 9 points and tied for the first place. 16-year-old American Jeffery Xiong came third, and also won the special ’Professor Van Hulst Young Talent Award’, which he received from the 106-year-old Johan van Hulst himself. 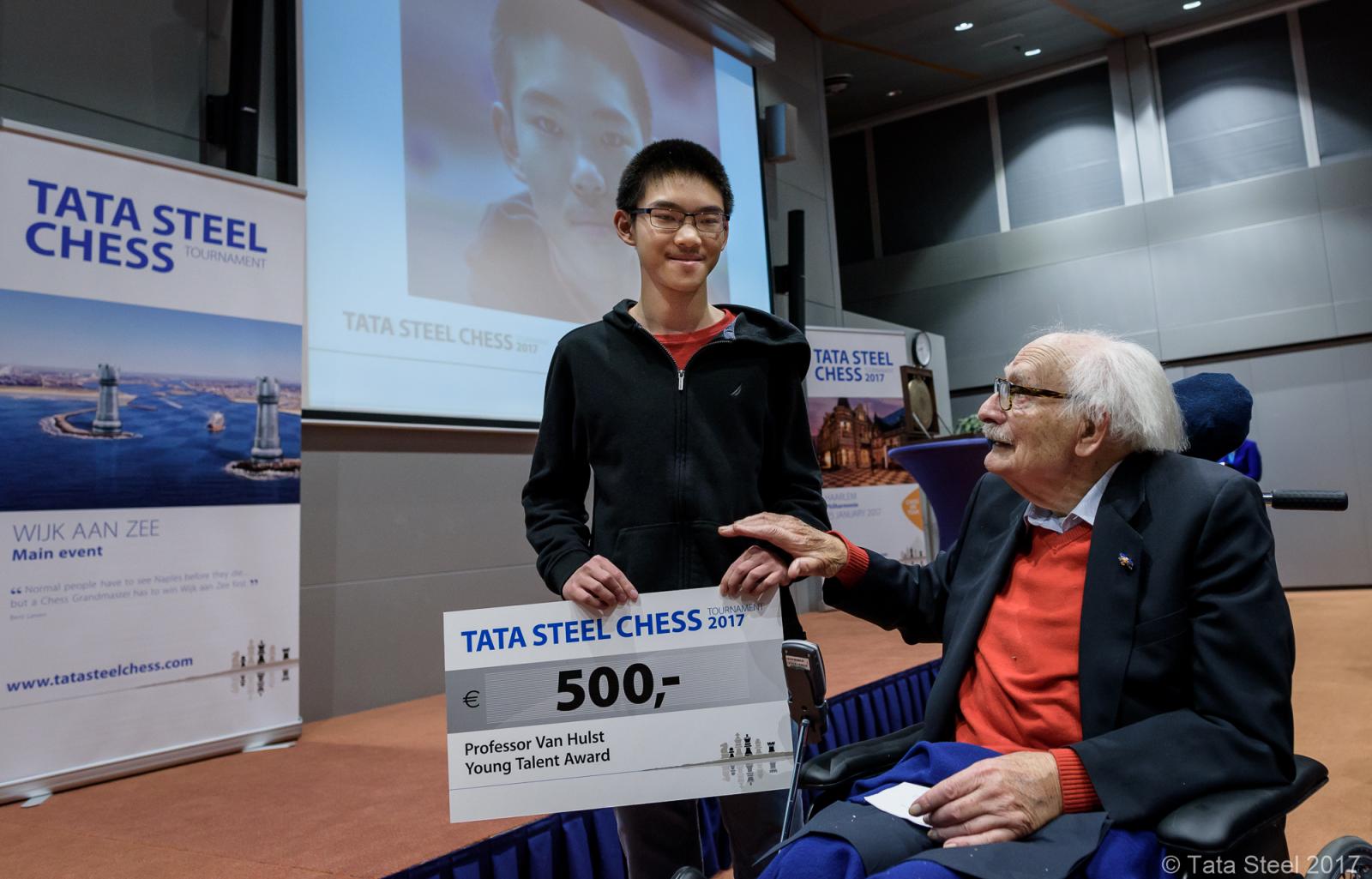 The closing ceremony was held in Tata Steel plant in Velsen, with presence of all the Masters and Challengers players, many distinguished guests, tournament officials and members of the organizing team. 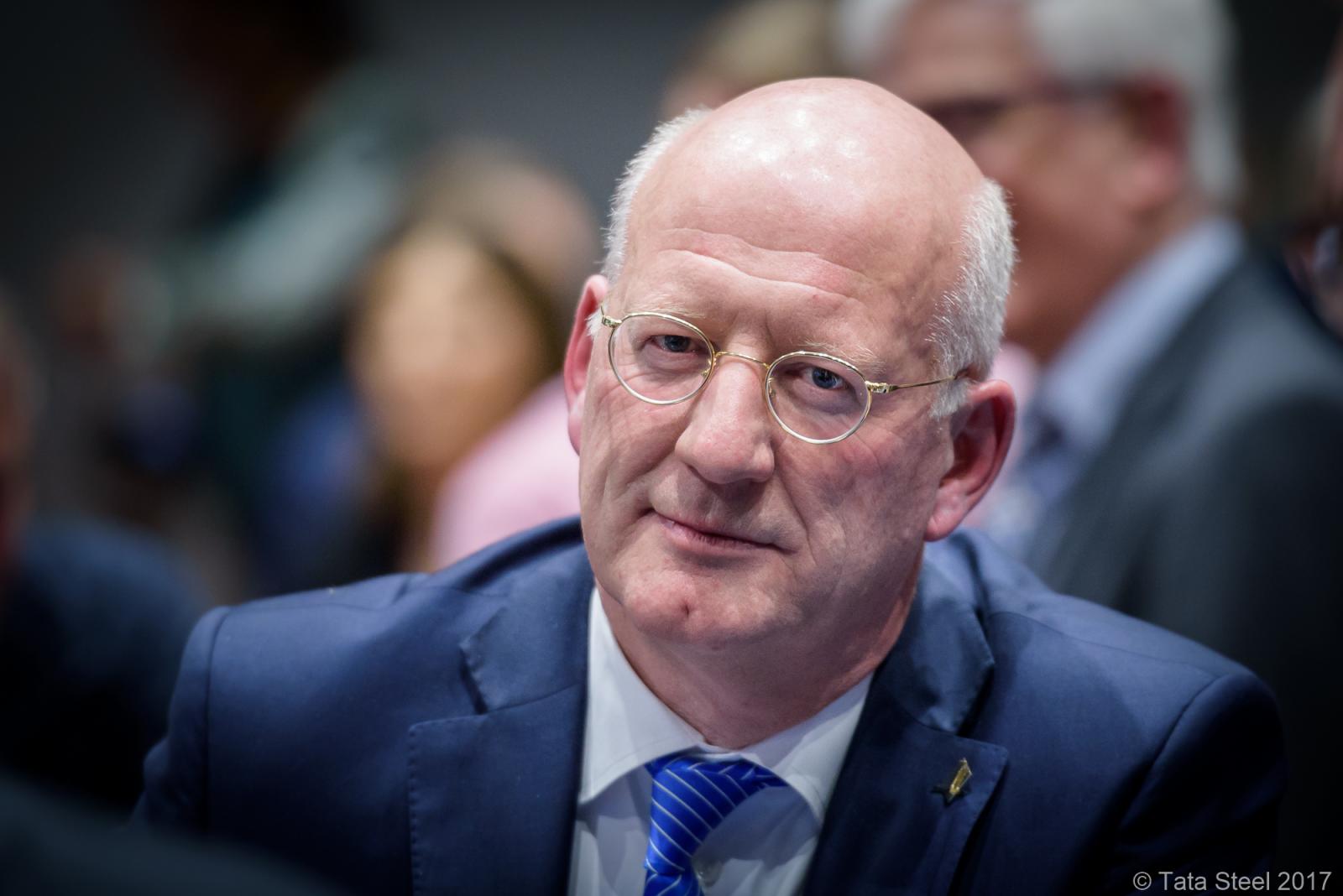 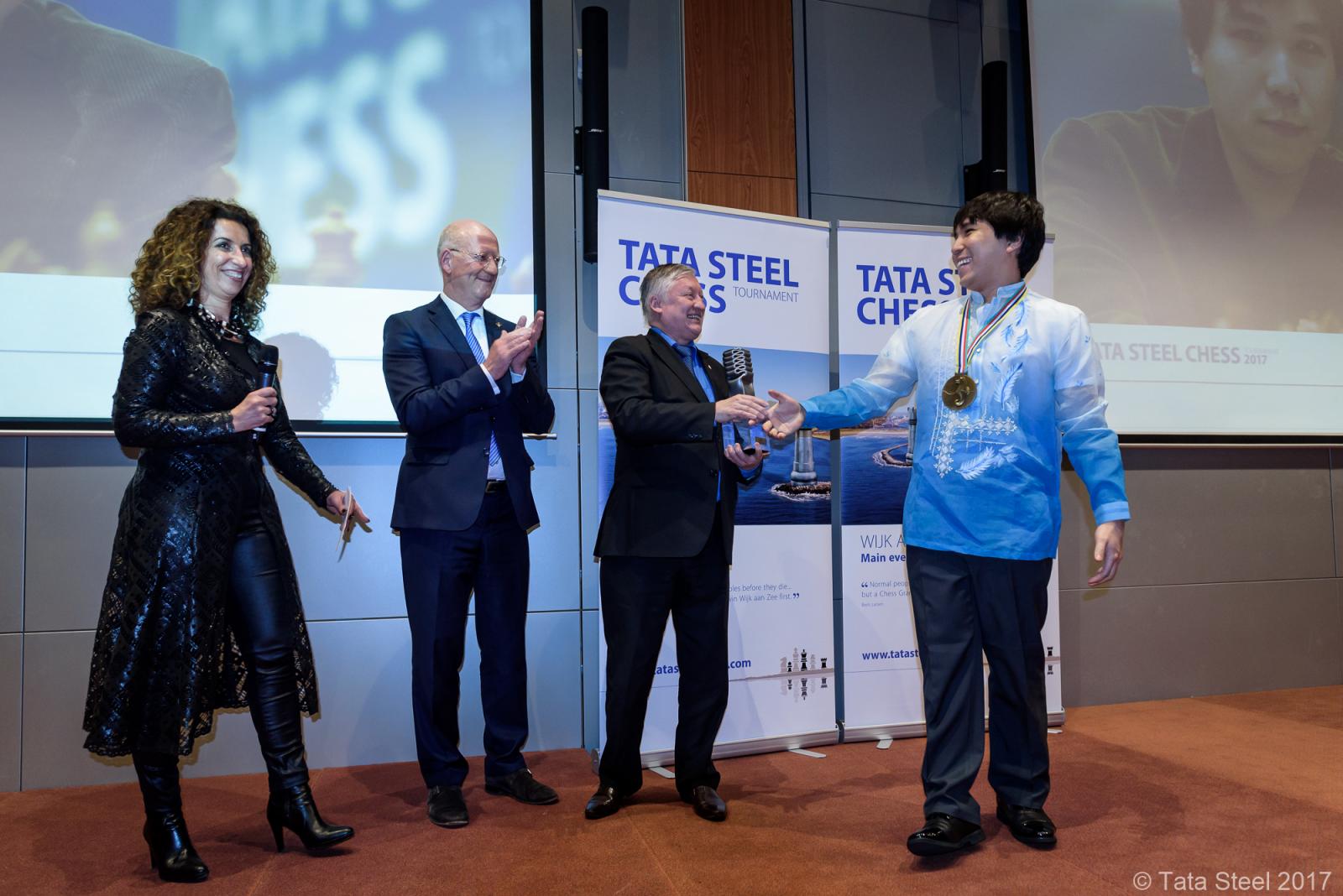 Mr. Henrar announced that the 80th edition of the Tata Steel Chess Tournament will take place in Wijk aan Zee from 12 – 28 January 2018.

The ECU President Mr. Zurab Azmaiparashvili paid a visit to the Netherlands after a kind invitation. Mr. Azmaiparashvili visited the Max Euwe Centrum where he has been welcomed by its President, Mr. Jan van Run. 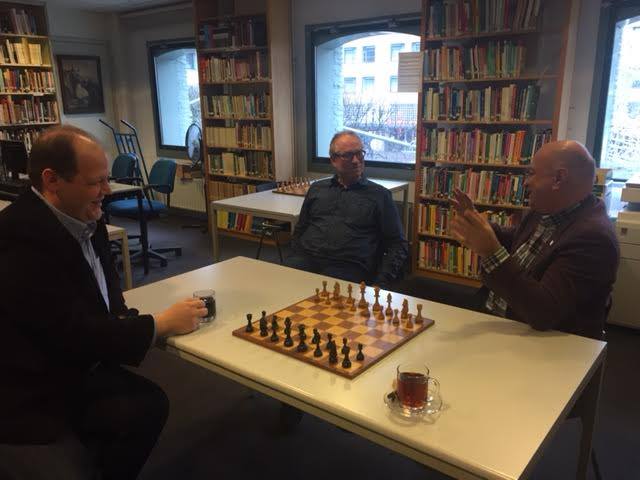 The next day, the ECU President was the guest of honor in the playing hall of the Tata Steel in Wijk aan Zee along with the President of Dutch Chess Federation, Mrs. Marleen van Amerongen, where he officially started the 9th round by traditional hit of the gong. 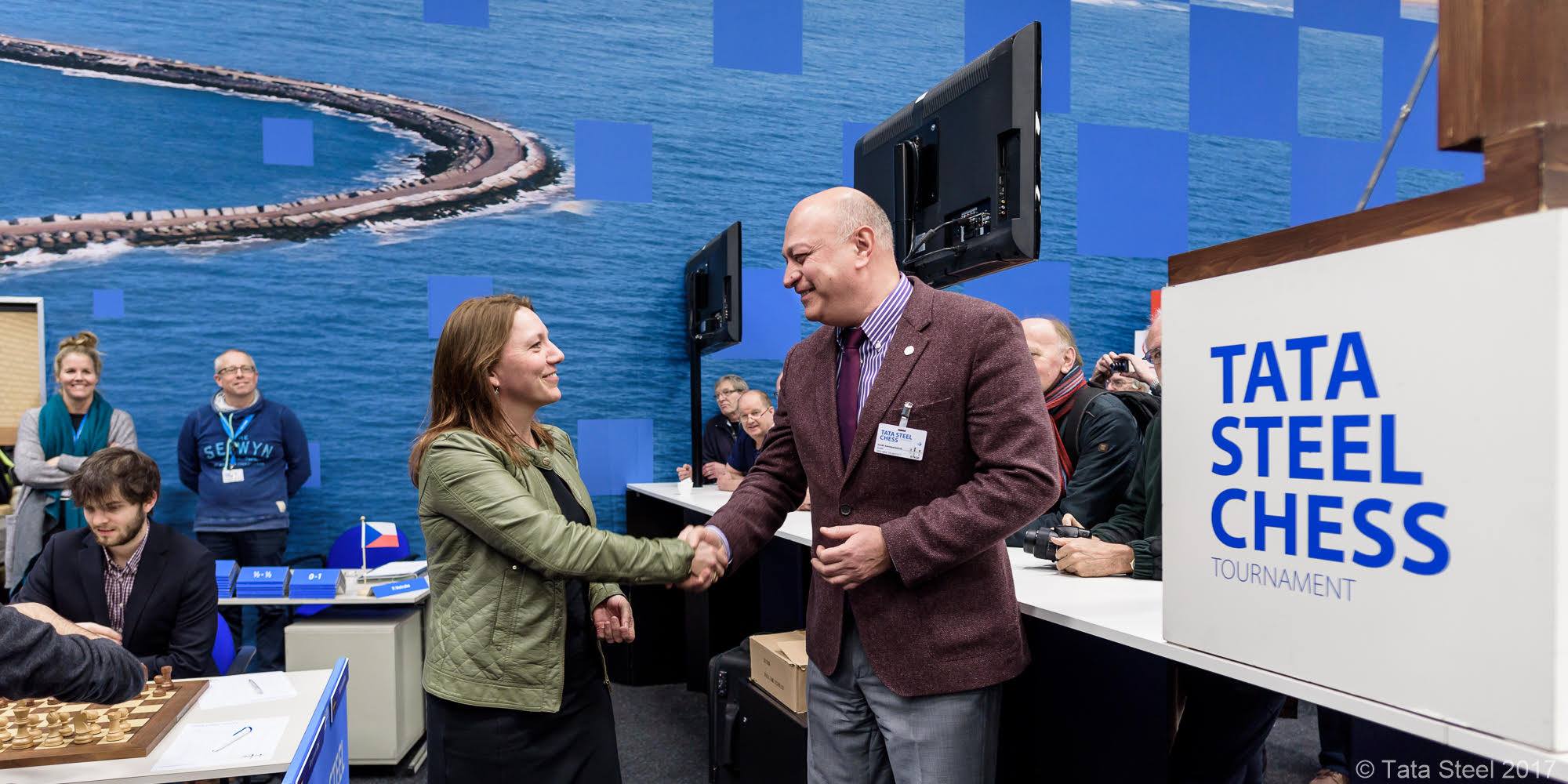 Mr.Azmaiparashvili was also guest at the live coverage of the event, hosted by GM Yasser Seirawan, where he talked about the upcoming FIDE World Cup, the Chess Olympiad 2018, European Chess Union activities and analysed the ongoing games of the 9th round! 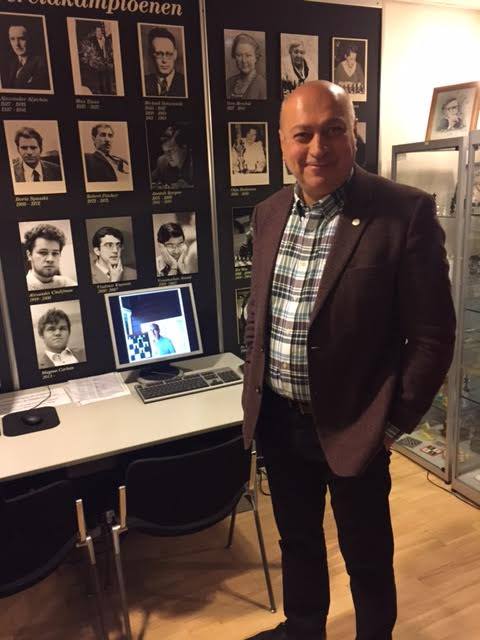 The video of the Tata Steel Chess round 9 live coverage can be seen here (Mr. Azmaiparashvili’s appearance from 1:36 – 2:25).