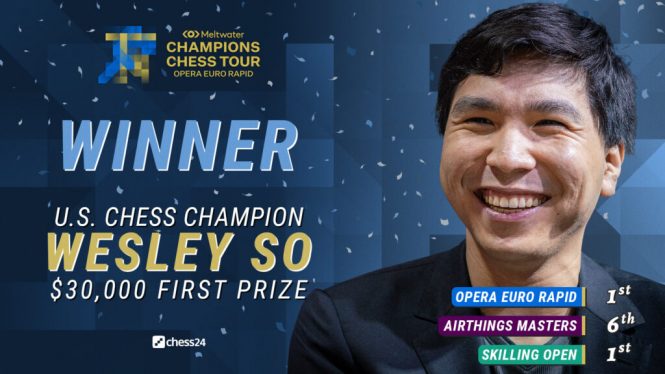 Wesley So and Magnus Carlsen played a two-match Final, and after a 2-2 tie in the first match, So took the lead with a victory in the first round of the second match. The rest of three games ended in a draw and Wesley So was announced as the Winner of Opera Euro Rapid.

Teimour Radjabov was convincing in the matches for the third place played against Vachier-Lagrave Maxime, and won both matches to win the third prize.

The event was LIVE broadcasted together with LIVE commentaries by GM David Howell and IM Jovanka Houska, hosted by Kaja Snare.

Details can be found on the Official Website of the event.