The World No. 1 Norwegian GM Magnus Carlsen defeated the challenger Indian Grandmaster Viswanathan Anand with the result 6.5 – 4.5 and retained the World Champion title gained last year in Chennai. The World Championship match was played in the Winter Olympic City of Sochi, Russia, and finished after 11 rounds. 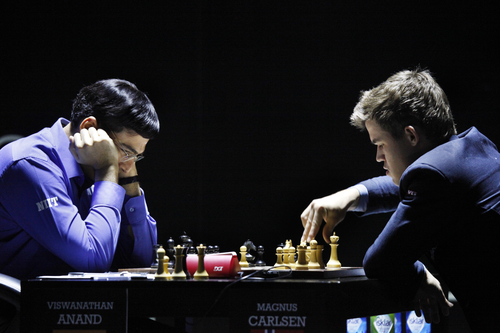 The Norwegian took the lead in the 2nd round, but Anand immediately equalized the score in the next game, which predicted one of the most exciting chess matches. Carlsen again took the lead in the 6th game, and after that managed to keep the advantage, and again won in the penultimate 11th round, after Anand’s risky play with Black.

More information at the official website of the match