The Tata Steel Chess Tournament, one of the most prestigious events in the international chess calendar, starts tomorrow with a very strong line-up in Wijk aan Zee, Netherlands. The event called “Wimbledon of Chess” celebrates this year its 80th anniversary. 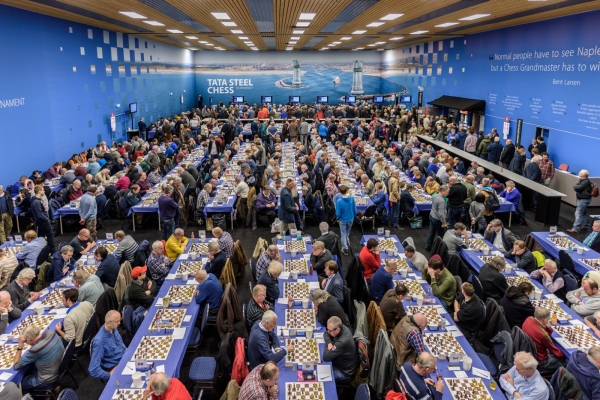 The Tata Steel Chess Tournament is composed of two main events, Tata Steel Masters and Tata Steel Challengers, and amateur event which attract and gather the very best chess Grandmasters in the world, thousands of amateur players and a lot of visitors from all around the world.

Traditionally, the event takes place in the coastal village of Wijk aan Zee, North Holland, and location of playing venues for the 80th anniversary are Beeld en Geluid in Hilversum and the Academy building of the University of Groningen. 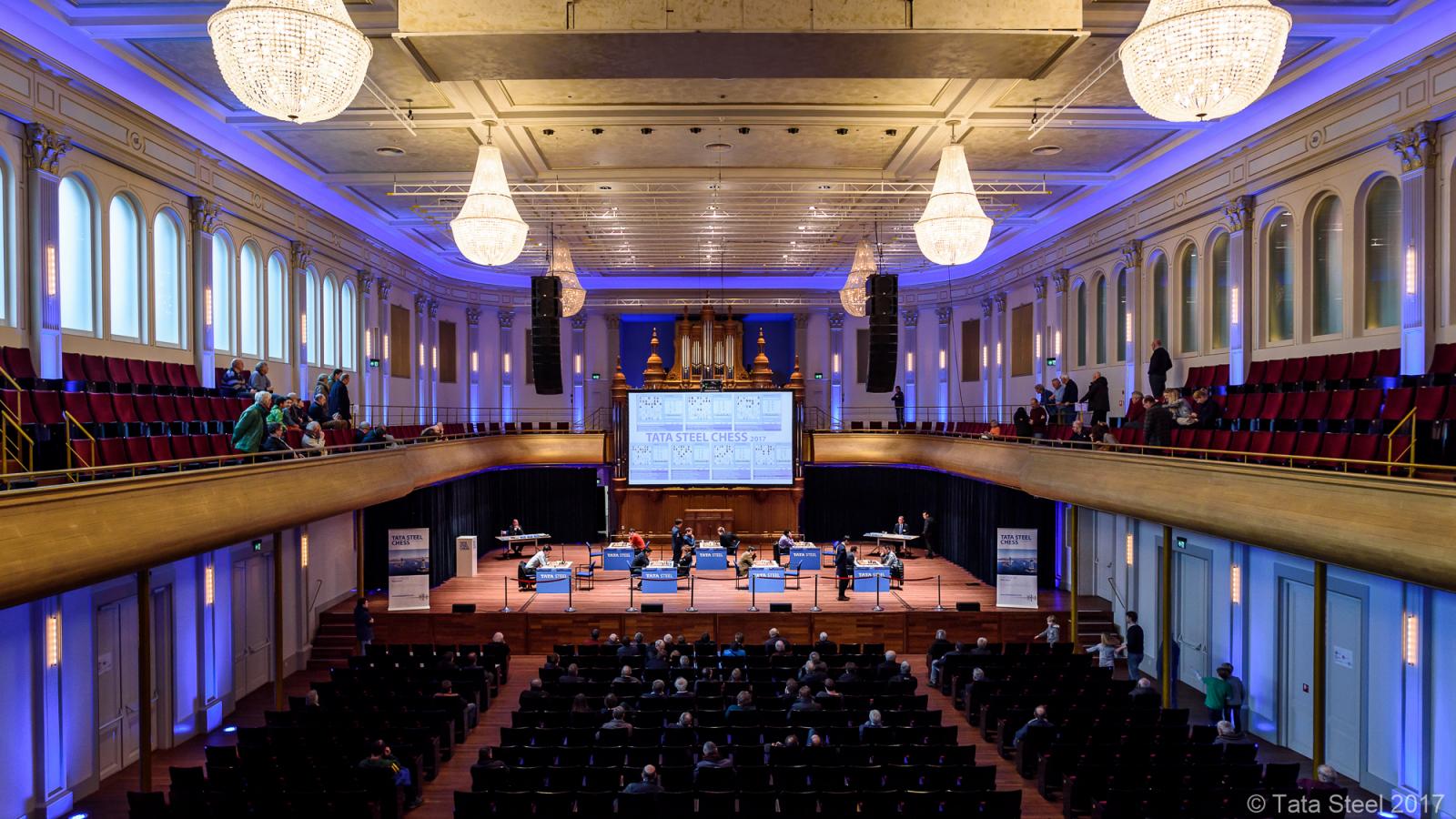 Both events, Masters and Challengers, will be played in 13 rounds by Robin round system and will take place from 12th-28th January, with a start of the first rounds on 13th of January. 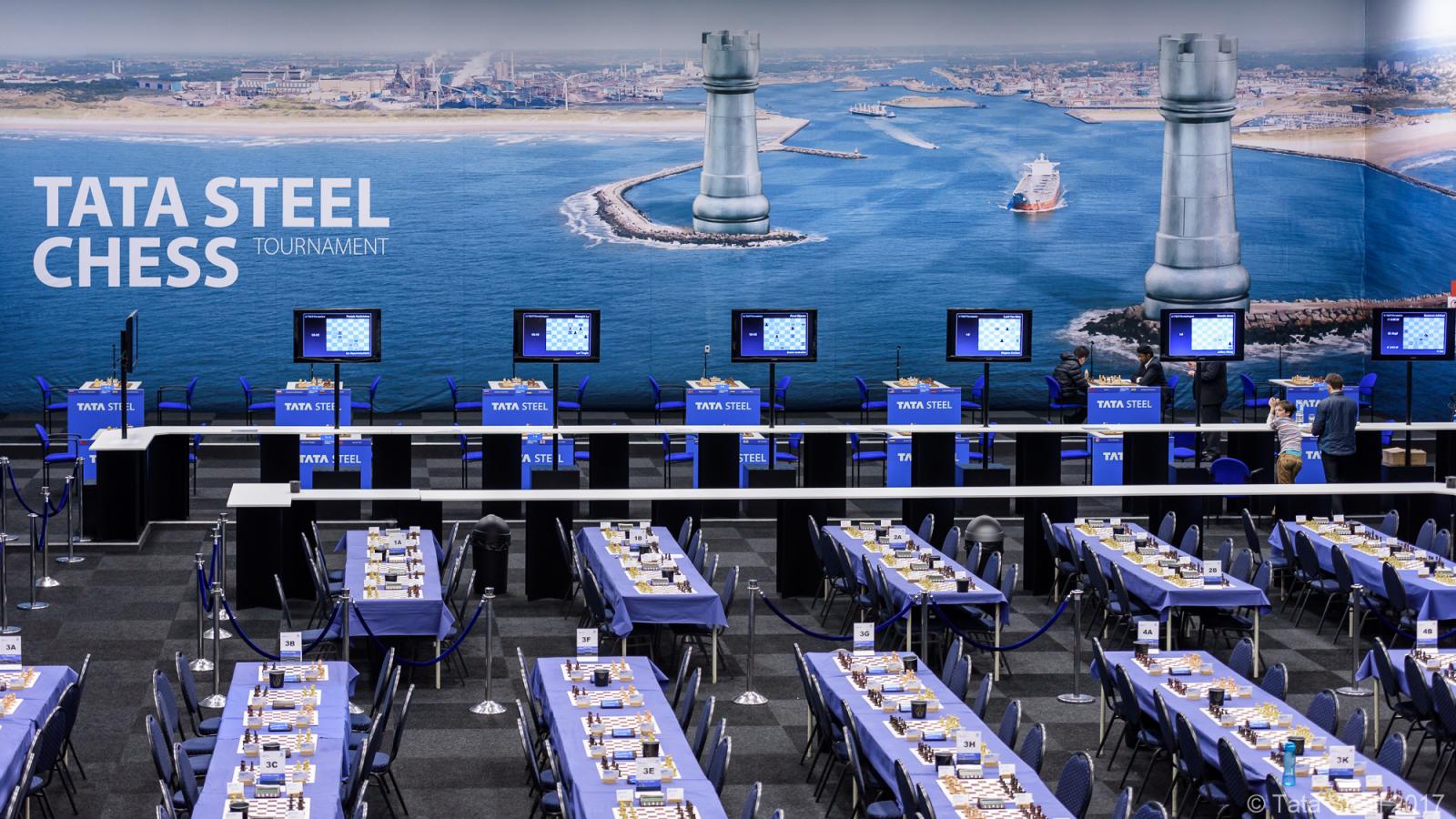 Last year, the President of the European Chess Union Mr. Zurab Azmaiparshvili was the guest of honor in the playing hall of the Tata Steel in Wijk aan Zee, along with the President of Dutch Chess Federation, Mrs. Marleen van Amerongen, where he officially started the 9th round by traditional hit of the gong.

Mr.Azmaiparashvili was also guest at the live coverage of the event, hosted by GM Yasser Seirawan, where he talked about the upcoming FIDE World Cup, the Chess Olympiad 2018, European Chess Union activities and analysed the ongoing games of the 9th round!

More about the last year activities of the Tata Steel Chess can be read here. 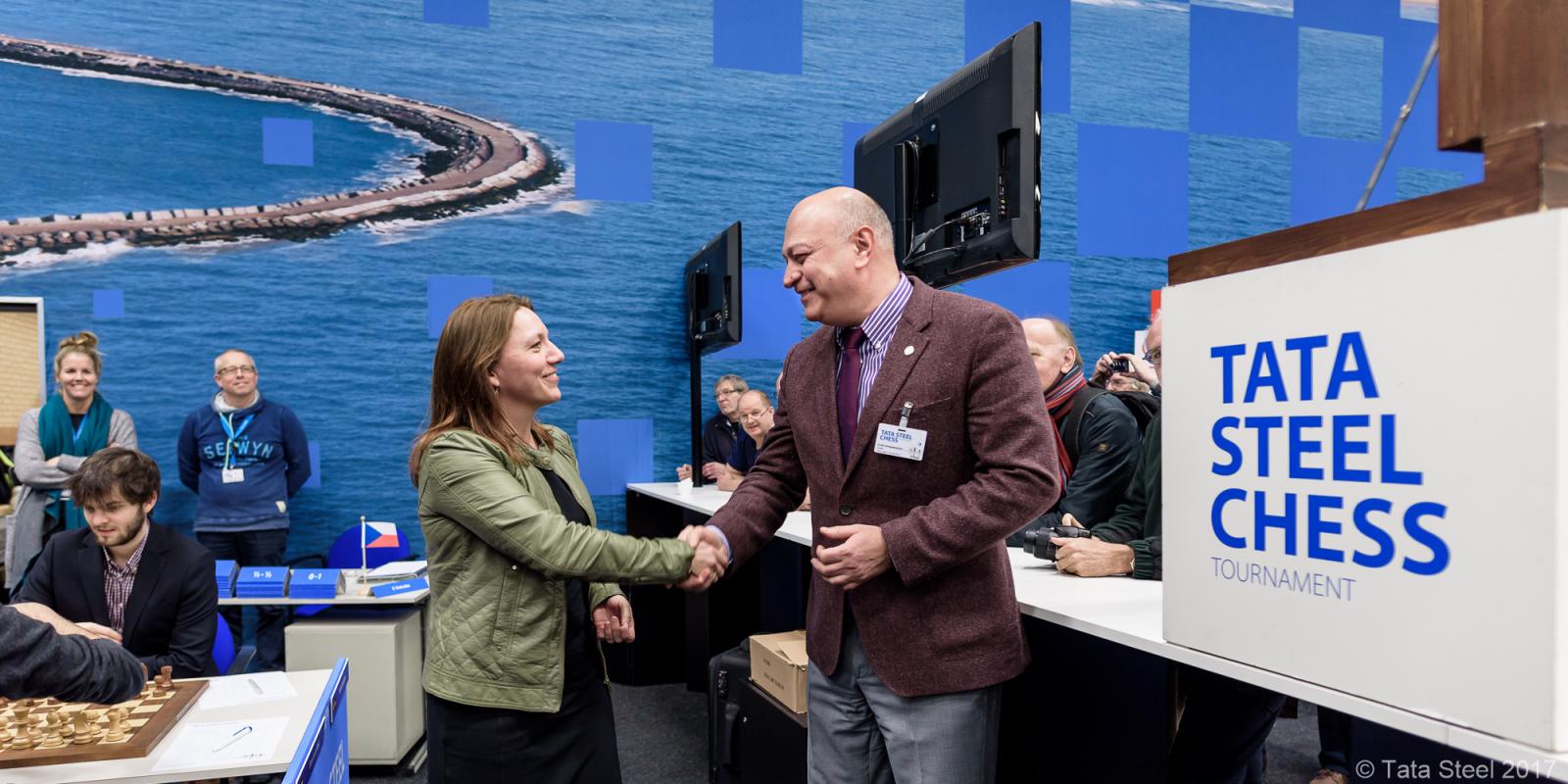 Besides the tournament, Tata Kids of Steel Chess events will be organized with idea to inspire children of all ages while coming face-to-face with their peers. This year, there are around 1000 children participating in simultaneous chess games throughout the event.