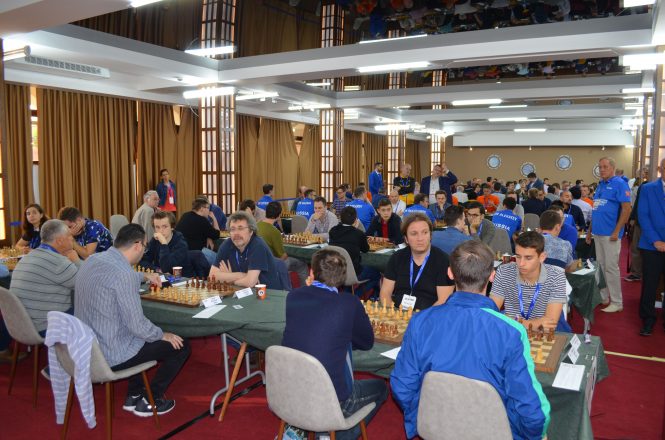 Three rounds have been played at European Club Cup 2019 in Ulcinj, Montenegro, and in Open section seven teams are in a lead scoring the maximum 6 match points, while in Women’s section three teams tie for the top, but no one with perfect score.

Some of the favourites of Open section had already met in the round 3, when all the eyes were on the match between Mednyi Vsadnik (RUS) and top seed Alkaloid (MKD). After 5 draws in a very intense match, Ponkratov Pavel (2619) brought the victory to Mednyi Vsadnik after defeating Kryvoruchko Yuri (2683).

In the clash of leaders at round 3, after big fight and very interesting games, top seeders Cercle d’Echecs Monte Carlo and Kyiv Chess Federation finished the match in a peaceful manner with draws on the all four boards.

AVE Novy Bor (CZE) played a drawn match against Odlar Yurdu (AZE) with two draws on the board 3 and 4 and two decisive results on boards 1 and 2.

Round 4 starts tomorrow at 15:00, and LIVE transmission can be followed through the official website of the event.