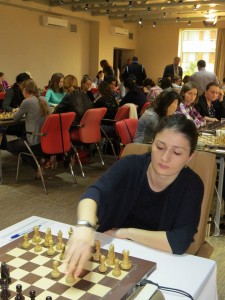 IM Nino Batsiashvili (GEO 2473) defeated the leader WGM Mihaela Sandu (ROU 2300) in the 6th round of the 16th European Individual Women’s Chess Championship 2015 in Chakvi and took the sole lead.

The surprise of the tournament Mihaela Sandu, who had 5/5 is finally stopped by the Georgian hope, Batsiashvili, in the biggest encounter of the 6th round. The King’s Indian was played and after the opening the position was equal. Heading to the time pressure Sandu made few inaccuracies and got into worse position. She sacrificed a Bishop in the endgame to avoid the White’s pressure, but this was just a hopeless try to make a draw. Batsiashvili played correctly and celebrated the victory which brought her in the sole lead.

The top pairings of the 7th round are: Hoang vs Batsiashvili, Sandu vs Stefanova, Girya vs Arabidze, Zhukova vs Savina, Melia vs Bodnaruk, Guseva vs Kovalevskaya, etc. 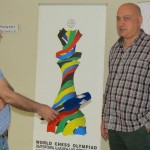 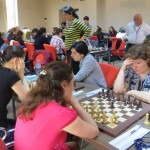 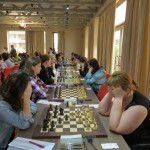 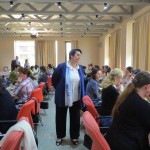 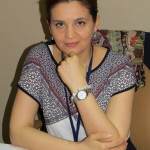 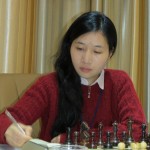 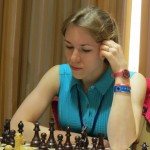 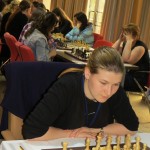 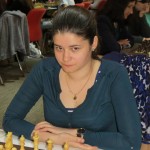 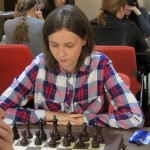 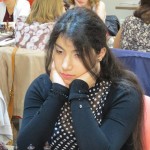