Sandu is definitely the biggest surprise of this year’s edition as she managed to score 5 wins in a row in a very strong competition. In the 5th round she defeated Georgian IM Lela Javakhishvili (2472) with White. Javakhishvili went into time pressure, and after few blunders had to resign.

The overall impression of the 5th round is that it was a very intense and fighting. Eight out of ten games in the first 10 boards finished with the decissive result. IM Nino Batsiashvili (GEO 2473) defeated IM Ekatarina Kovalevskaya (RUS 2450), while WGM Olga Girya (RUS 2479) recovered from yesterday’s loss and defeated IM Alina Kashlinskaya (RUS 2423). 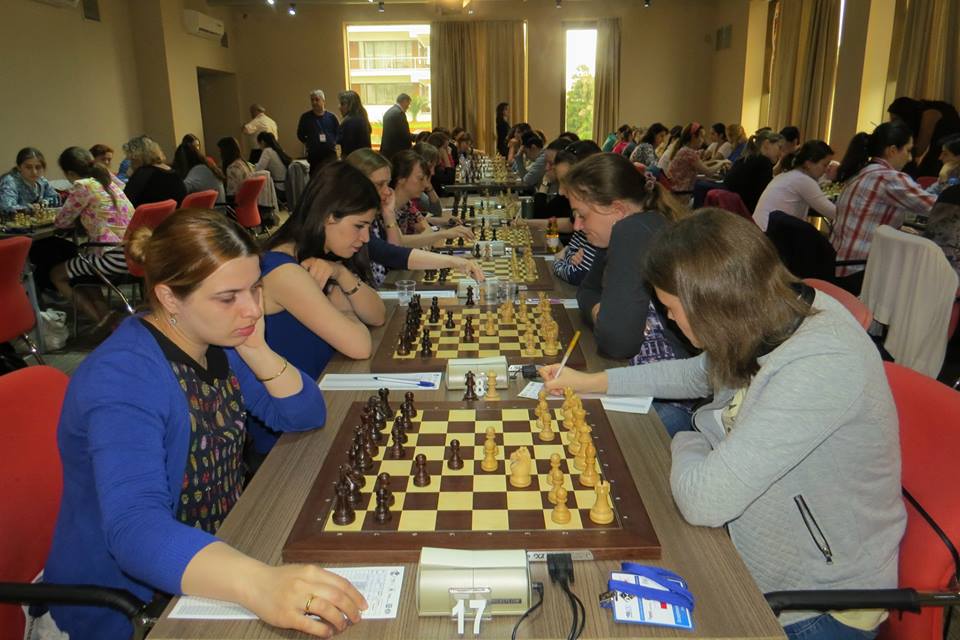 Top pairings of the 6th round are:

Batsiashvili vs Sandu, Savina vs Girya, Bodnaruk vs Hoang, Guseva vs Zhukova, etc. 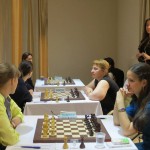 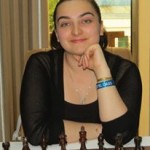 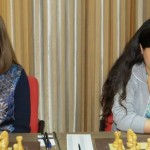 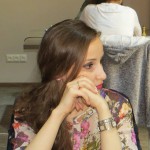 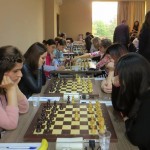 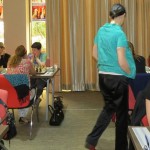 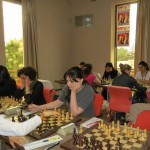 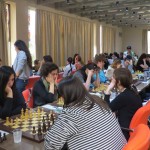 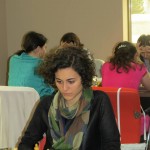 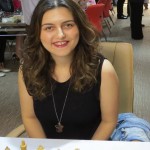 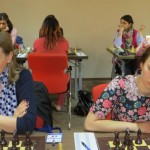 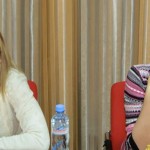