The 12th round of the FIDE World Candidates Tournament 2016 was held today at the DI Telegraph in Moscow, Russia.

With two more rounds to go there was another change on the top as now Karjakin and Caruana share the lead with 7/12 points each. 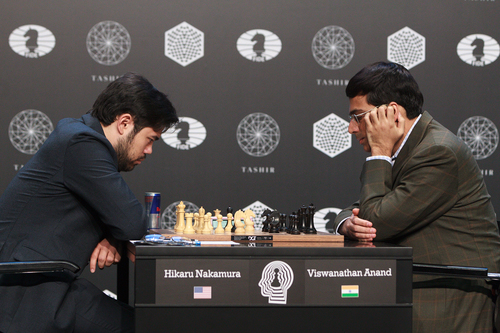 Viswanathan Anand run directly into Hikaru Nakamura’s preparation. The English opening is very often employed in this event and Nakamura came up with some clever lines to lure Anand into making an early mistake. Black fell behind in development and the threats along the a1-h8 diagonal were simply too strong. Anand resigned after only 26 moves and two hours of play.

So far Anand has won four games with white and lost three with black pieces. 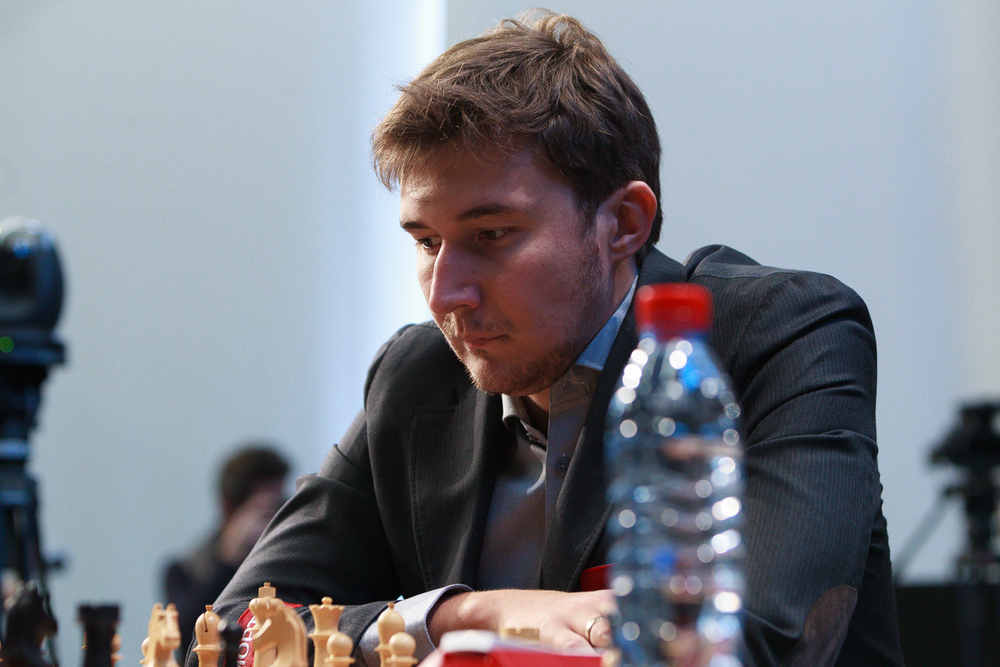 Sergey Karjakin quickly recovered after the yesterday’s setback and won a nice attacking game against Veselin Topalov. The former world champion defended with the Naidorf Sicilian and white responded with the sharp English attack. Black placed his knight on the dominant e5-square, but white missed the most concrete 15.h6. Only two moves later black erred with 17…Rc8, when 17…Bf6 was the best option to hold the position together. Karjakin grabbed the exchange and proceeded to convert the advantage.

The game between Fabiano Caruana and Levon Aronian started as a quiet Ruy Lopez but black didn’t wait long before sacrificing a pawn to unbalance the position. White rushed to return the material and reach a roughly balanced ending with heavy pieces on the board. At one point before the time control white allowed the beautiful tactical shot 38…Rxd3, but black passed it. The next opportunity presented itself when Caruana played 47.Ke3, after which black obtained certain initiative. This, however, was not sufficient for a win, and the game was drawn on move 67. 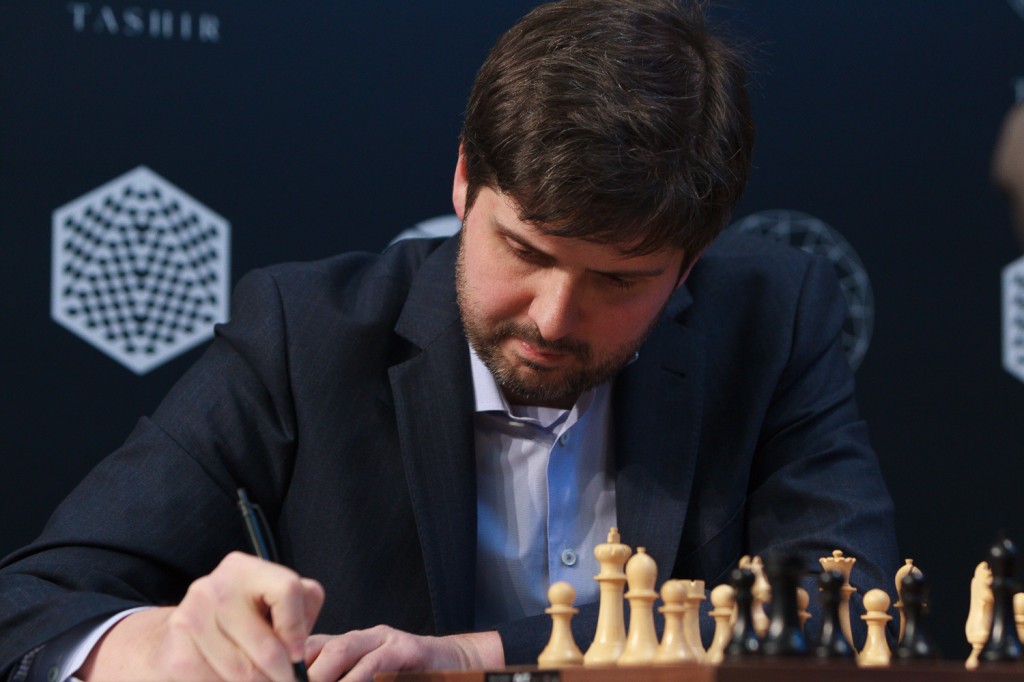 Anish Giri was well prepared to meet Peter Svidler’s favorite opening setup and even obtained slight advantage with black pieces. Following the massive exchanges before the first time control black emerged pawn up, but white still had counterplay with two pairs of rooks on the board. Giri pressed hard for a win, but Svidler defended well and the game was drawn in the seventh hour of play. 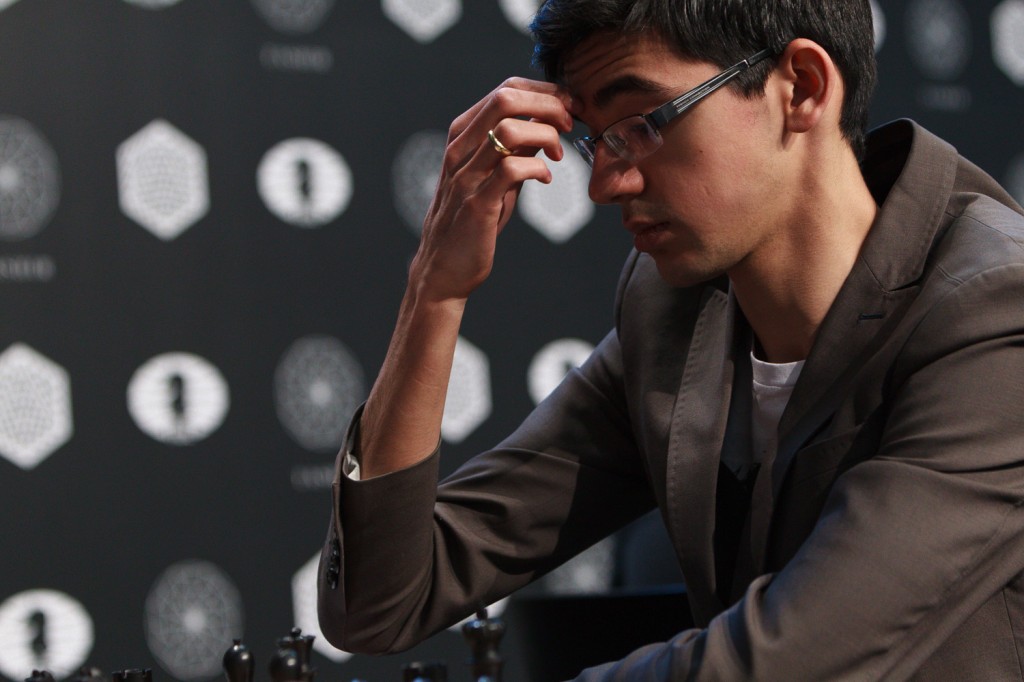 After twelve rounds of play Karjakin and Caruana are joint leaders with 7 points each. Anand is clear third with 6,5 points. There follow Aronian, Giri and Svidler (6), Nakamura (5,5) and Topalov with 4 points. 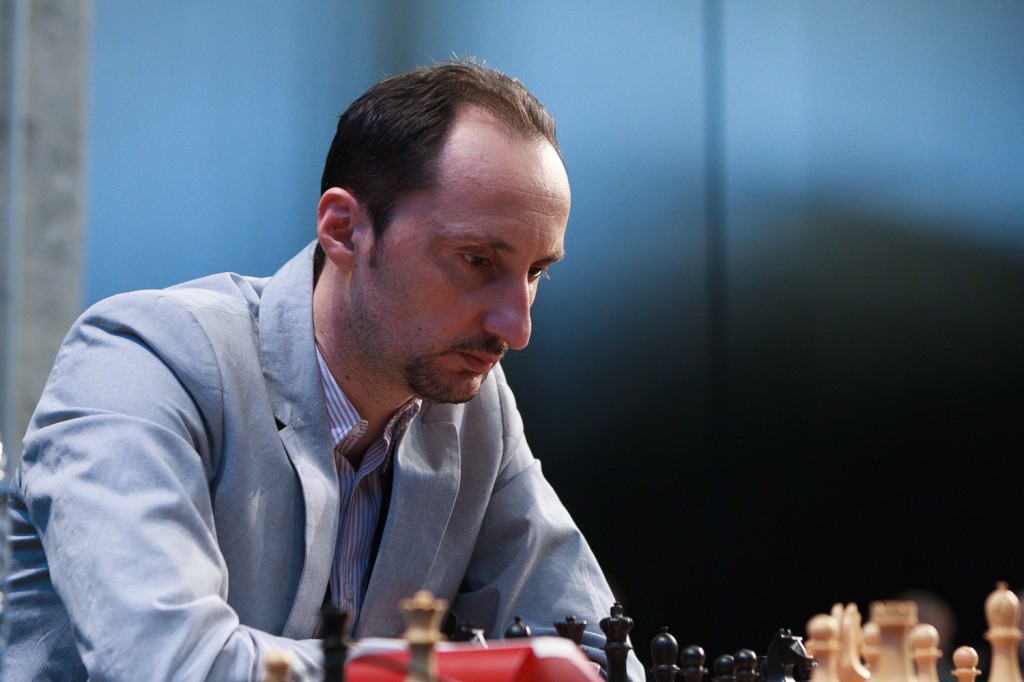 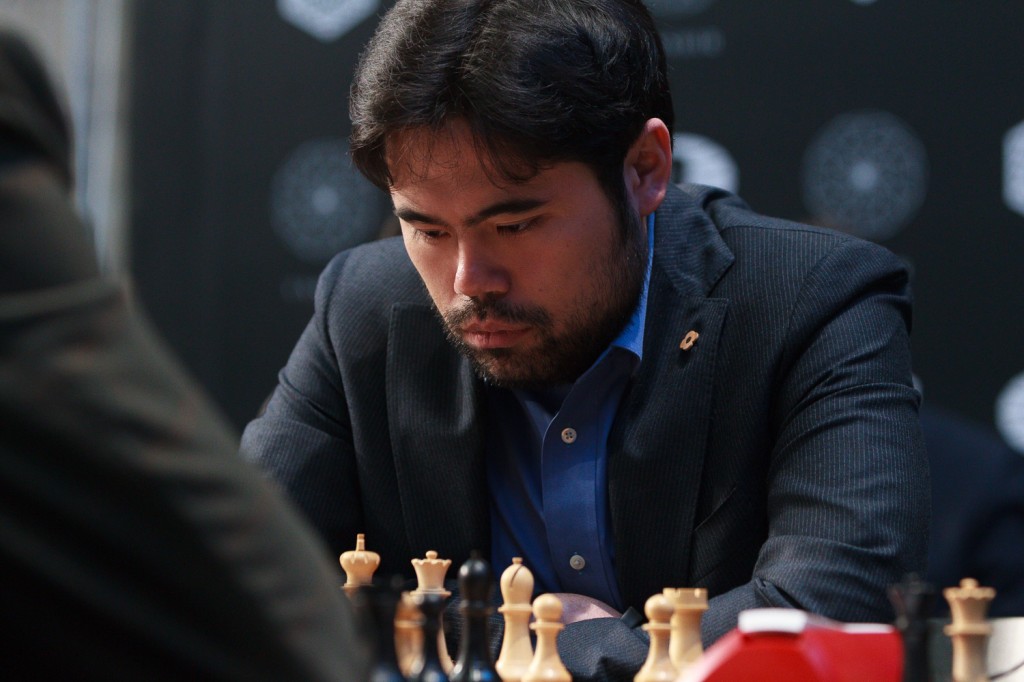 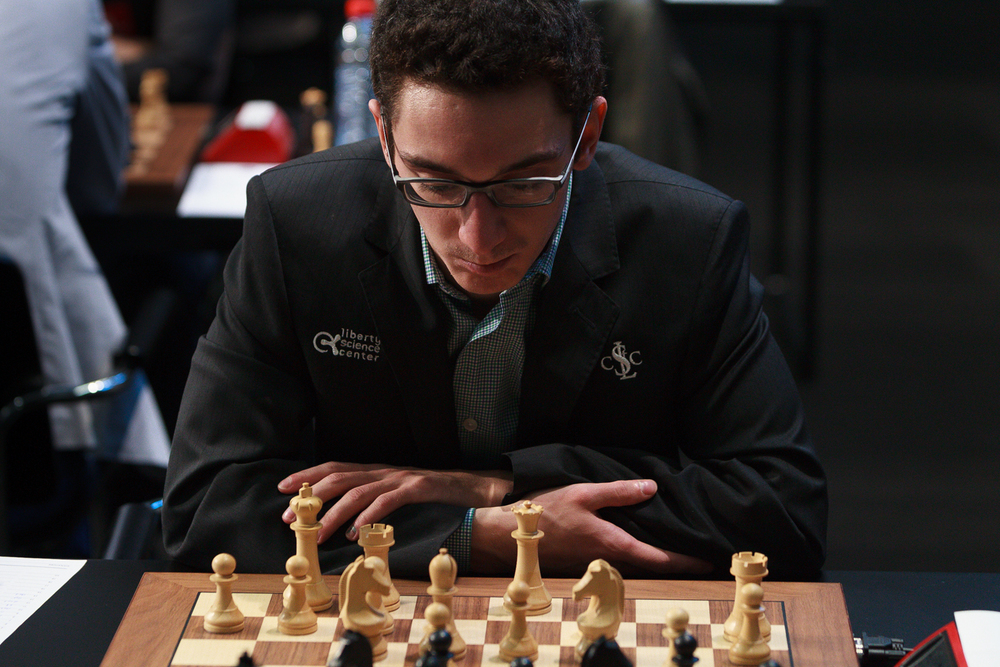 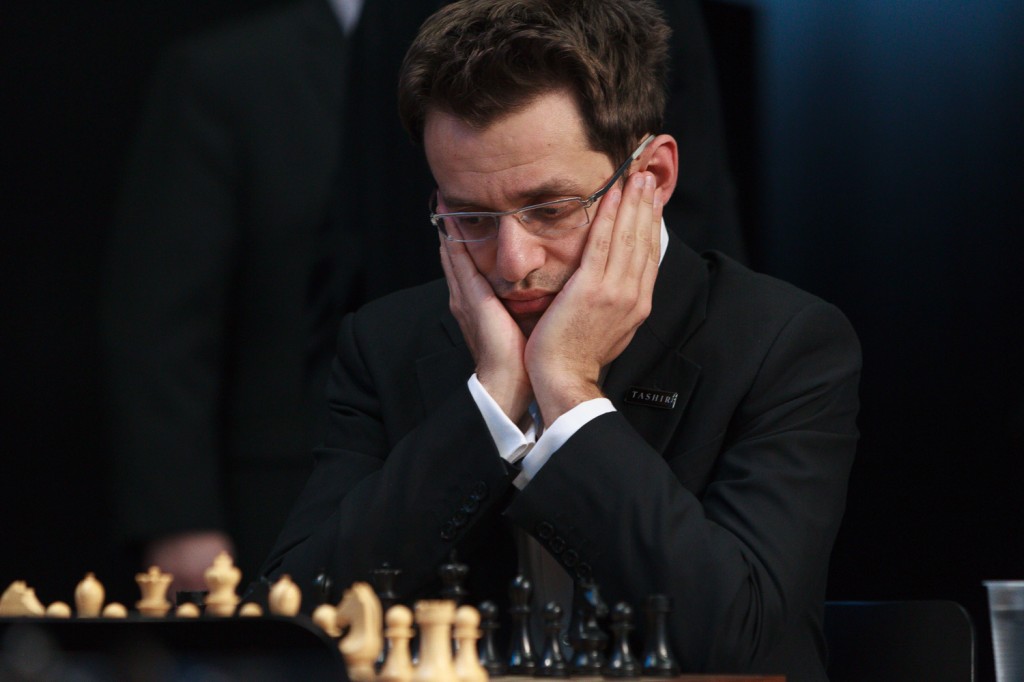