European Chess Union expresses the most sincere condolences to family, friends, colleagues and the whole chess world who suffered a huge lost yesterday, when Nino Khurtsidze passed away at the age 42. 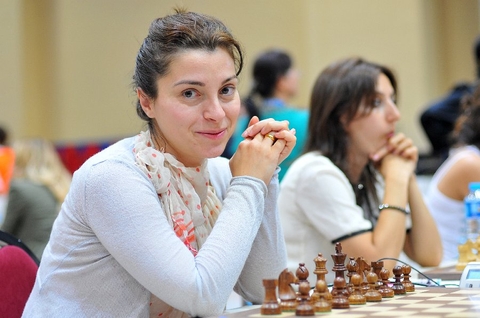 Nino Khurtsidze was a Georgian chess player, member of the National team, International Master and Women Grandmaster. She started to play chess at the very early ages and was the Winner of the World Youth Chess Championship in 1991, in section Girls Under 16. Nino Khurtsidze was also twice the World Junior Girls Chess Championship, in 1993 and 1995.

Besides the triumphs on the world and European chess scenes, Nino Khurtsidze had many accomplishments on the various events and open tournaments, as well as in the national Georgian events. She was the five times women’s Georgian Champion, in years: 1989, 1993, 2005, 2006 and 2013.