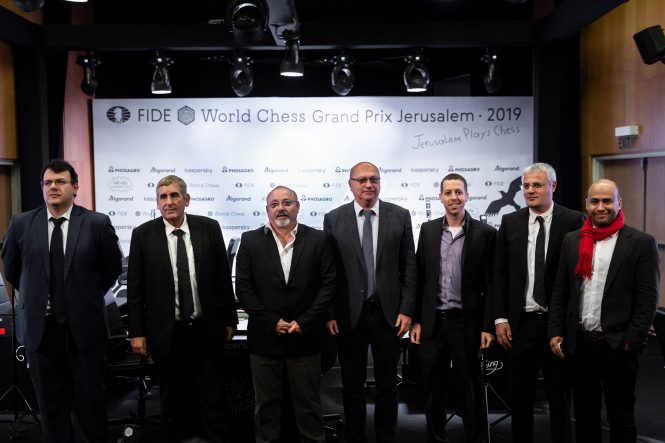 The Opening Ceremony of the event was attended by: ECU President and FIDE Presidential Board Member, Mr. Zurab Azmaiparashvil, FIDE Director General, Mr. Emil Sutovsky, the President of the Israel Chess Federation Mr. Barkai Zvika and the representatives of organisers and event sponsors from World Chess, Kaspersky Israel and Algorand.

The event participate 16 Grandmasters, playing the knock-out tournament to catch the first two spots on the final Grand Prix List and qualify for the next FIDE Candidates Tournament. The participants are:

The first game of the round 1 was played yesterday, and all the games finished in a peaceful manner-draws. Round 2 starts today at 15:00 (local time) and if the players maintain the tie, the tiebreak games will decide who proceed to the second round.

Pairings and the results, together with live broadcast of the games is available through the official website of the event.