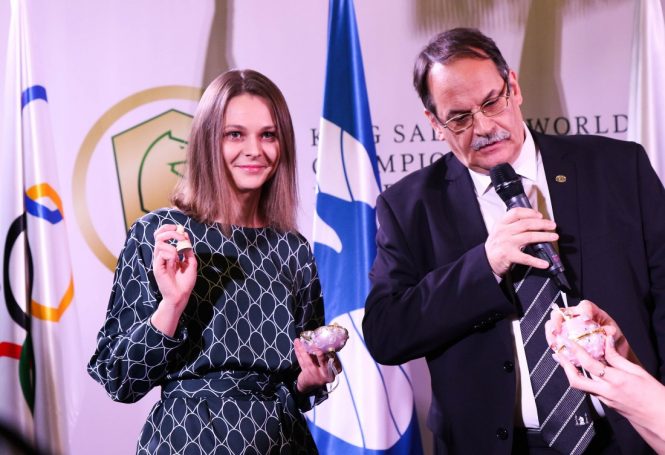 The event was officially opened yesterday with attendance of FIDE President, Mr. Arkady Dvorkovich, who greeted all participants.

During the ceremony, the top seeds drew white pieces in the drawing of lots.

The Rapid and Blitz tournaments will be held at the grandiose Luzhniki sports arena, which hosted 1980 Summer Olympics and 2016 finals of the football World Cup.

Rapid Championship takes place from 26th-28th December, and Blitz tournament will be played on the 29th and the 30th December.