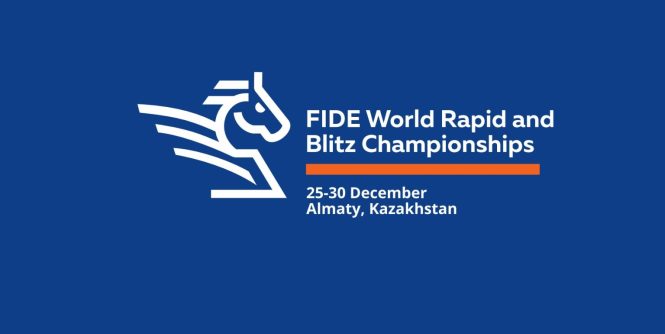 The FIDE World Rapid and Blitz Chess Championship 2023 opens on Friday, December 25th in Almaty, Kazakhtstan. The event will be held from 25-30 December at the Baluan Sholak Palace of culture and sports.

FIDE World Blitz Chess Championship 2023 will be played over two days 29-30 December. The Open tournament will feature 21 rounds played according to the swiss system, and the Women’s event will be played over 17 rounds. The time control is 3 minutes + 2 seconds increment.

Starting lists of players for each competition can be found here.